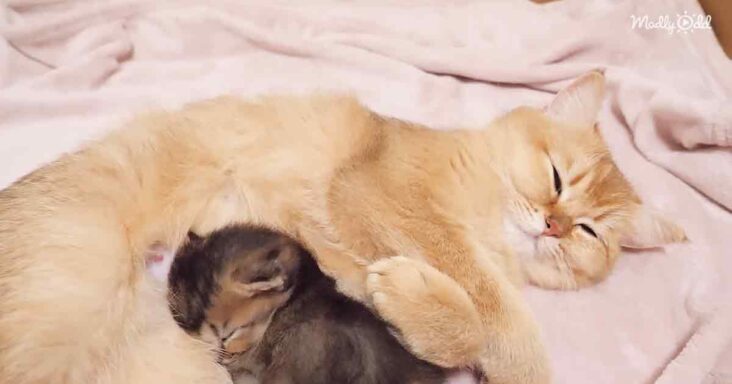 Nothing would be cuter than finding a newborn kitten staring at you out of big black eyes in a wobbly head. Something similar was recently found at a residence in Japan. A newborn kitten was placed inside a box with a white towel inside. 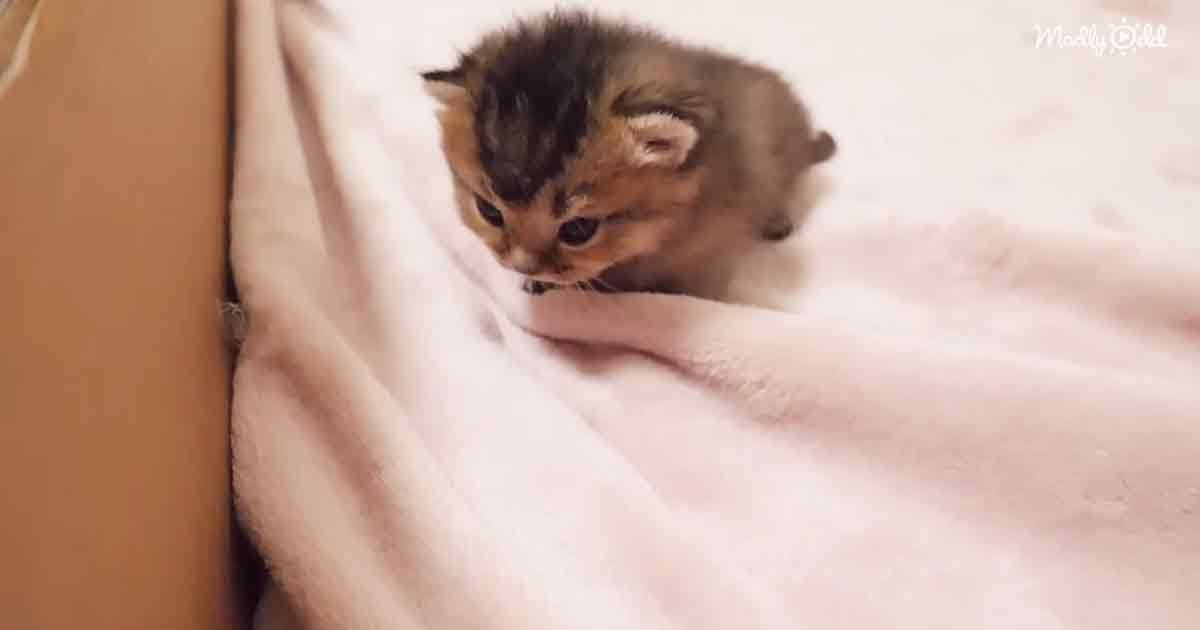 Kiki, the kitten, tried to walk around the box on her tiny legs. However, it took the kitten loads of effort to take every single step. In addition, the towel folds made it more challenging for the kitten to walk across.

Finding Kiki struggling, the owner decided to caress her neck and head. The kitten’s eyes seemed to shut down gradually, proving she liked her owner’s massage. Soon the owner picked her up in his hands and, after a while, placed her back inside the box. By this time, the mother cat had returned to her baby. 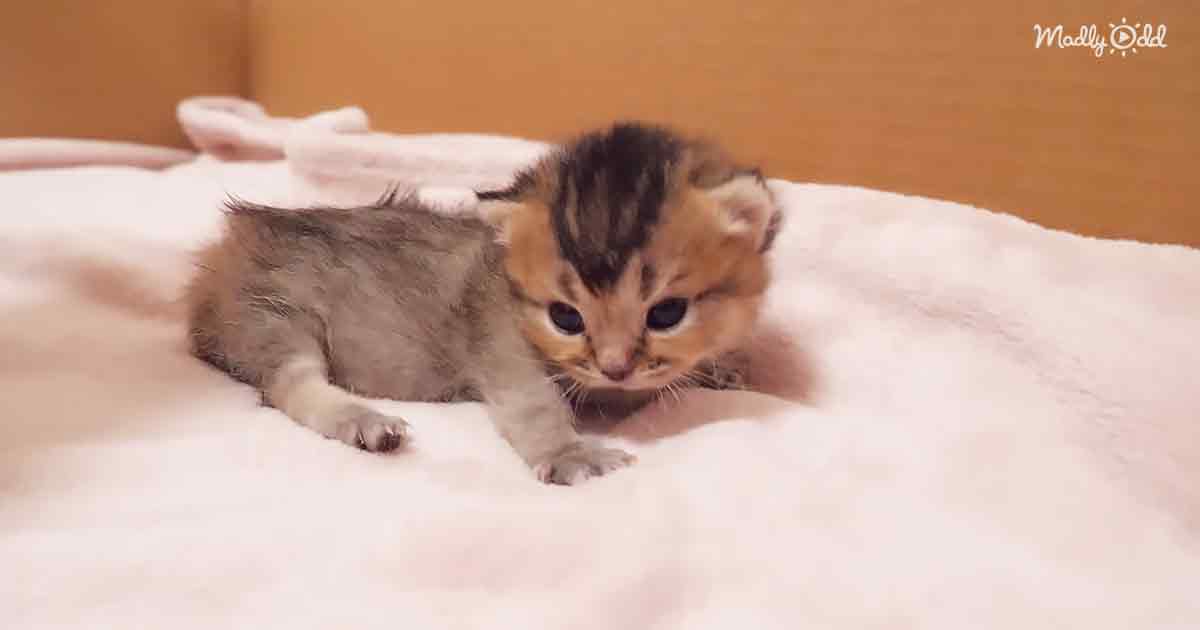 She began licking her kitten while the baby walked around the box again. The kitten seemed to enjoy her grooming session. After resting a while, the kitten decided to explore the box again. She walked up to one side of the box and began scratching the box’s wall.

All the scratching exhausted the kitten. Thus, she decided to sit in one place and rest for some time. All this time, the kitten looked around with her big black eyes. Soon she went off to sleep against her mother’s warm body. 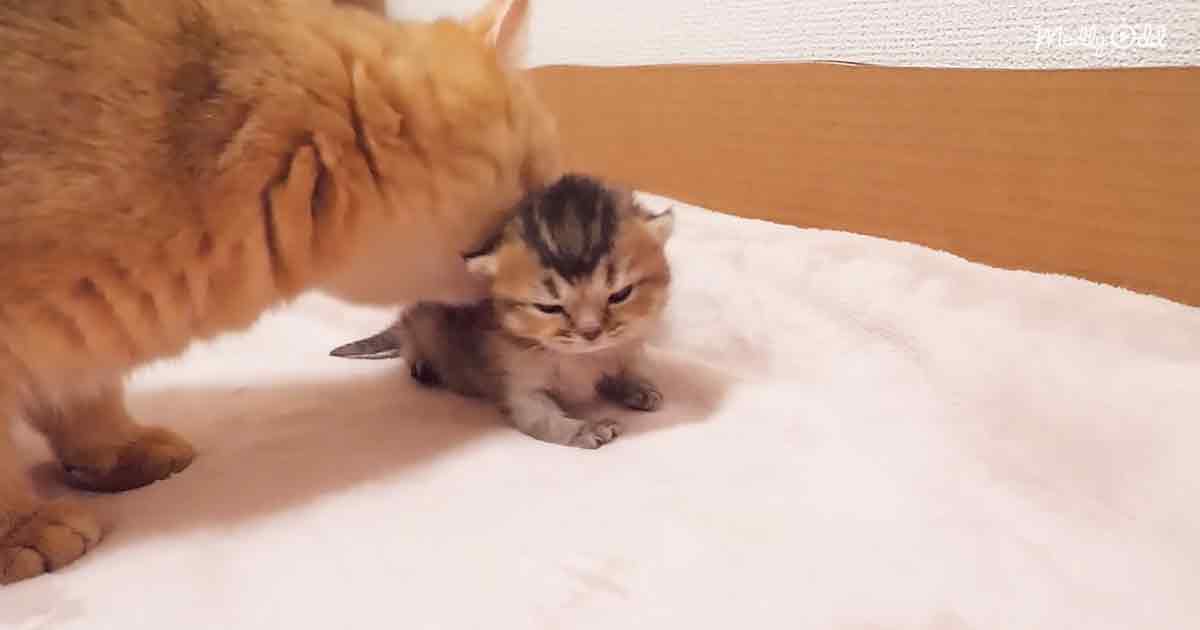 The father cat was roaming on the bed next to the box where Kiki was sleeping with her mother. The father cat also decided to rest awhile and sat on the bed. Soon his eyes began to shut.

All this time, Kiki slept peacefully against her mother’s body. The mother cat placed one paw on the kitten’s body for reassurance. Finally, both mother and baby went to sleep peacefully inside the box.