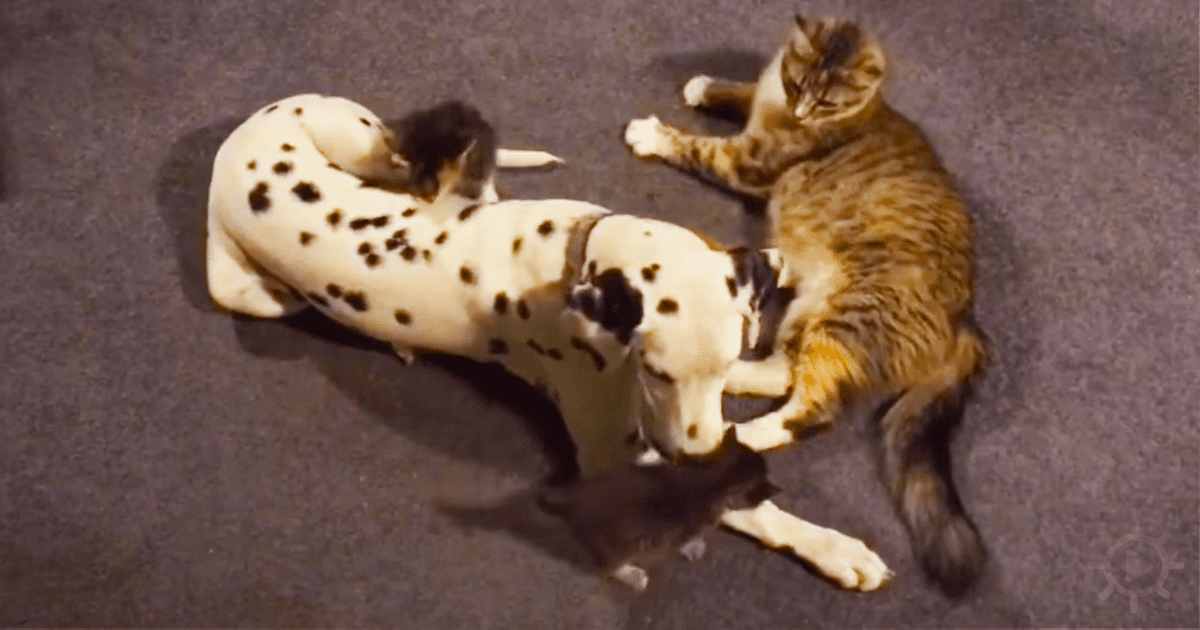 Dogs are often eager to make new friends and with just about anyone, whether a person or another animal. Cats, however, need some convincing and even then, they aren’t always convinced. In particular, cats often won’t get along with dogs.

It may be that being highly territorial, they don’t want to share their territory with another animal. It may be a deep personality conflict: cats are solitary stalk-and-ambush predators while dogs hunt in packs. In effect, a dog says, “Hi! Join the pack!” and the cat replies, “I don’t do packs. Go away before I put some holes in your nose.” Fortunately, there are many exceptions to this general rule. This one involves a mama cat and her friend Zoey, a Dalmatian.

As their name suggests, Dalmatians do originate in Dalmatia on the coast of Croatia. They were initially bred as “carriage dogs,” not for pulling carriages, but for walking alongside them to protect the people inside from bandits. After a stint as the classic firehouse mascot, today Dalmatians serve as beloved family pets. They’re energetic, intelligent, and loyal. What’s not to like?

The mama cat who made friends with Zoey the Dalmatian had a litter of five kittens. With so much on her plate, she was happy to share parenting duties with her canine friend. As you’ll see in the video posted below, it worked beautifully.

Zoey loves the kittens and gives them good lickings, just like a mama cat would. She doesn’t mind when the kittens poke at her, climb on her, or play on her. Mama cat comes in and suckles several of her kittens while the others opt for Dalmatian love. When all seven animals are together, it’s an adorable family scene. 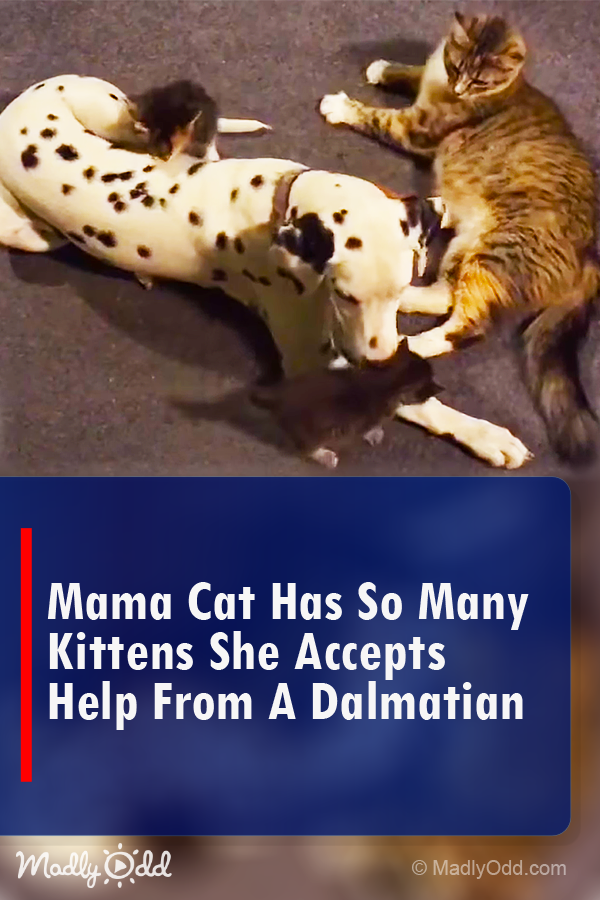