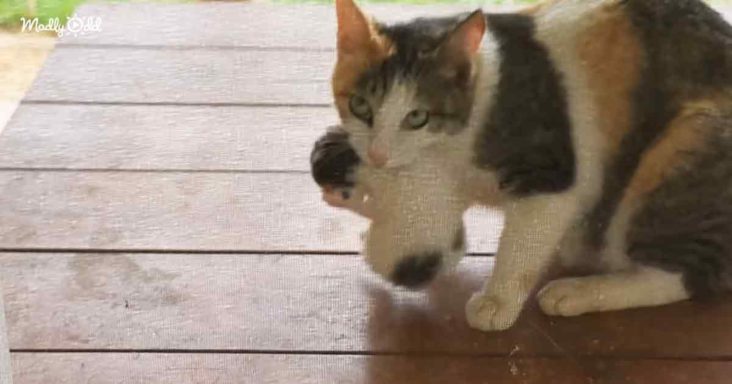 Recently, a stray mama cat gave birth to 5 puppies at a warehouse. She was worried about the construction work nearby and decided to move from there. The kitty decided to settle in a stranger’s backyard. 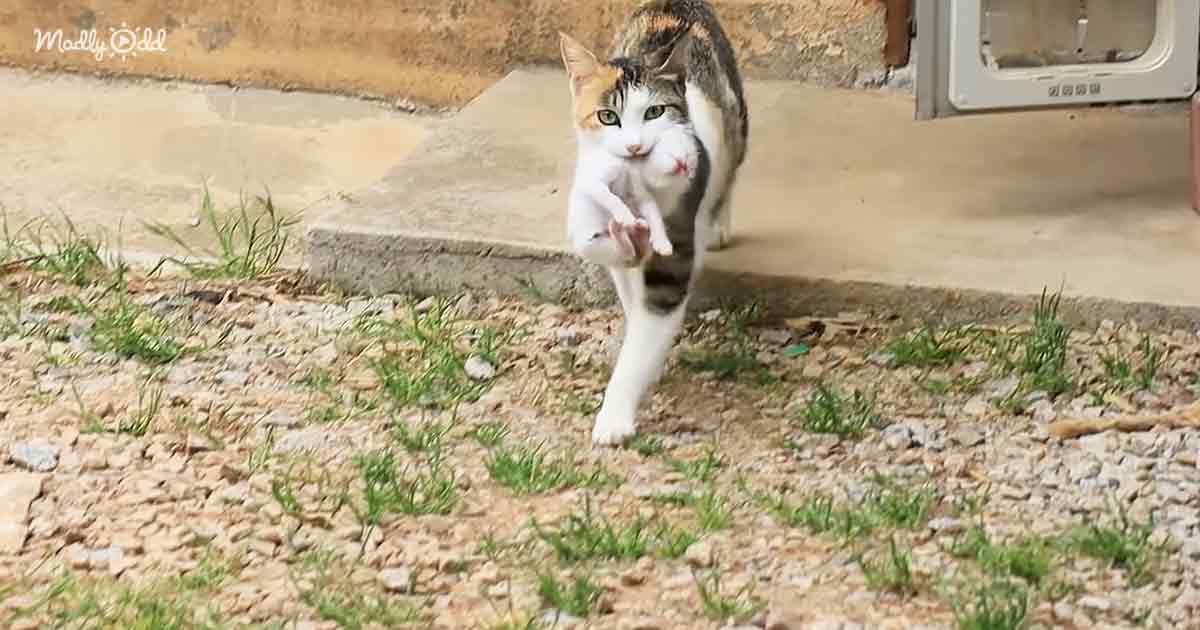 The owner of the house was a kind person and had several other kitties at home. She soon got comfortable with the owner and felt it was safe for the kittens if they moved inside the house.

One fine day, the stray mama cat gently grabbed one of the kittens by her jaws and approached the owner inside the house. She looked at the person as if she was asking for help. 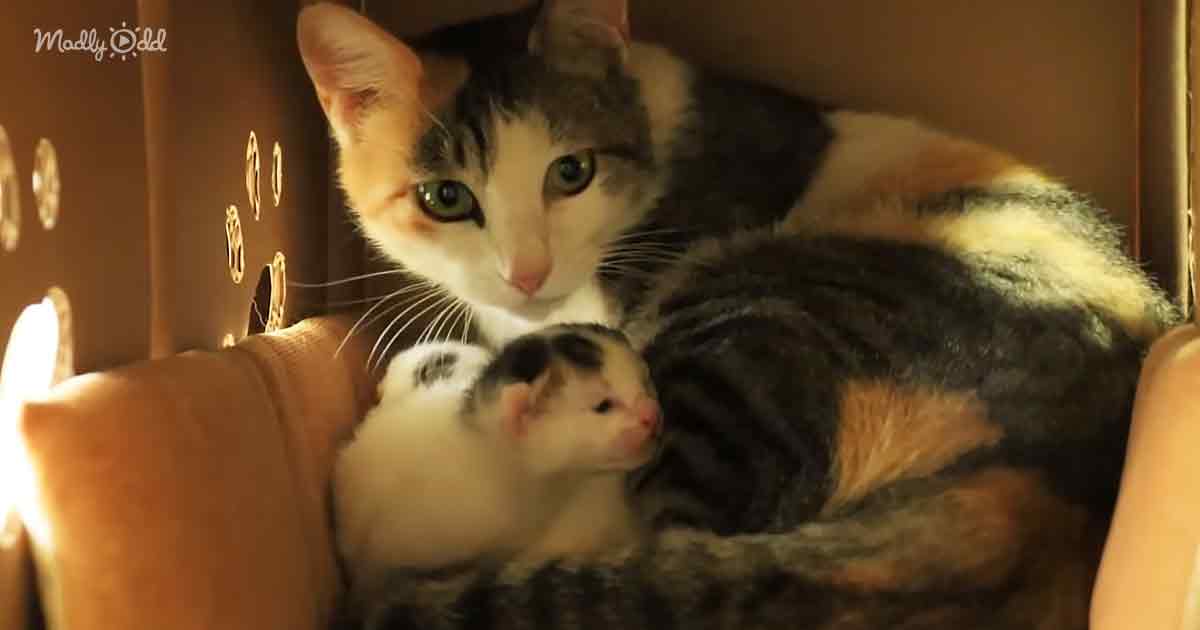 The kind person instantly opened the screen door to let the mama cat and baby enter the house. He had already prepared a place for her to keep her little ones safely in there.

The mama cat sat with her baby for a while and groomed the little one for some time. She got up after a while and started to meow as if she wanted the owner to open the door. Soon the kitty was back with her second kitten. 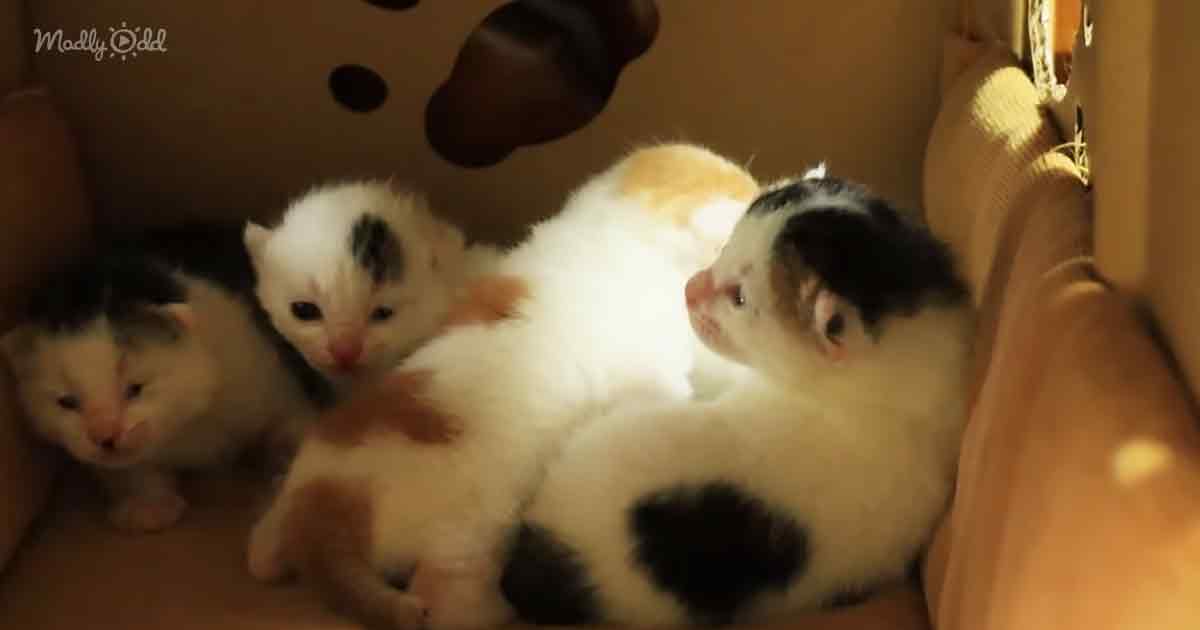 She repeated the same steps with her other kitten. The mama cat sat with the 2 kittens, groomed them for a while, and then went out. She did that 4 more times. The last time she went out was just to confirm that she had not left any babies behind.

After she checked that she had all her babies safely inside the house, the mama cat entered where the owner’s pet cat was sitting. The kind person gave her some food to eat. After her meal, the gentle cat rested with her babies since she knew that all of them were safe inside the house.