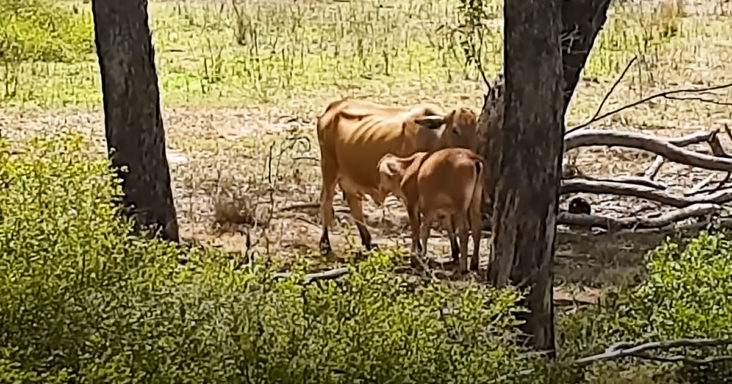 Alex worked in the Australian Outback, doing a random job in an unexpected place. So he was pretty surprised to find a baby cow on his own. But unfortunately, the poor animal had one hoof caught in a barbed wire. 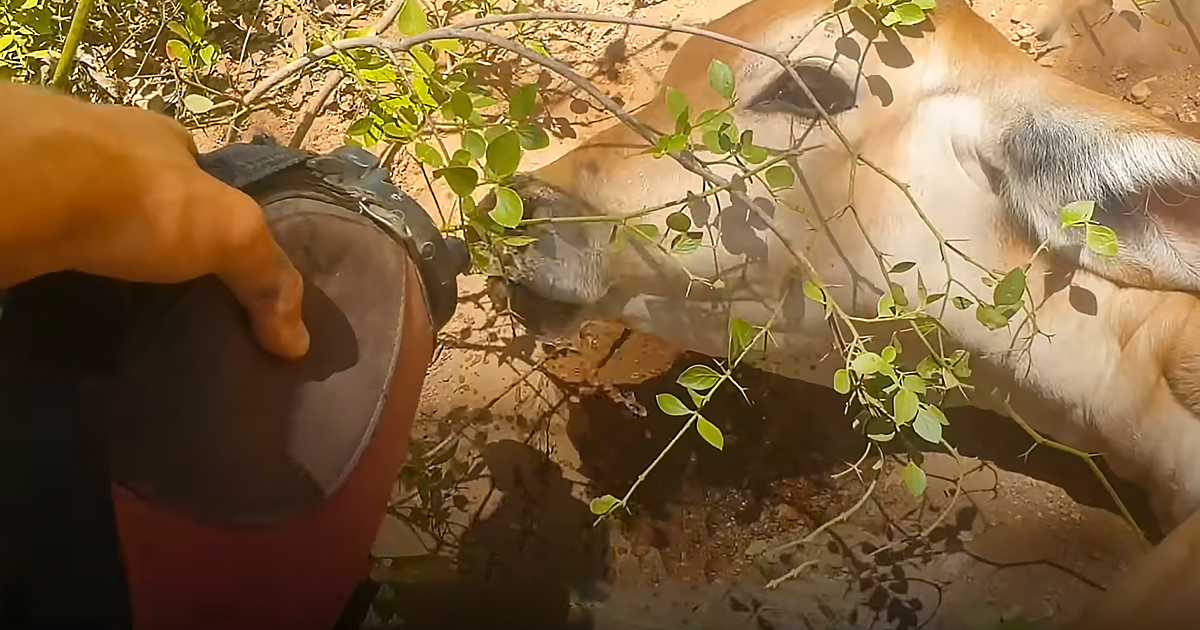 He lay on his side and was out of energy. The baby cow struggled to move and could not get up. Because of the heat, the first thing that Alex did was give the little one some water.

The baby cow accepted that straight away. The kind man was happy that he could help the poor little baby who was having the worst day of his life after being born. Luckily the fences were quite old. 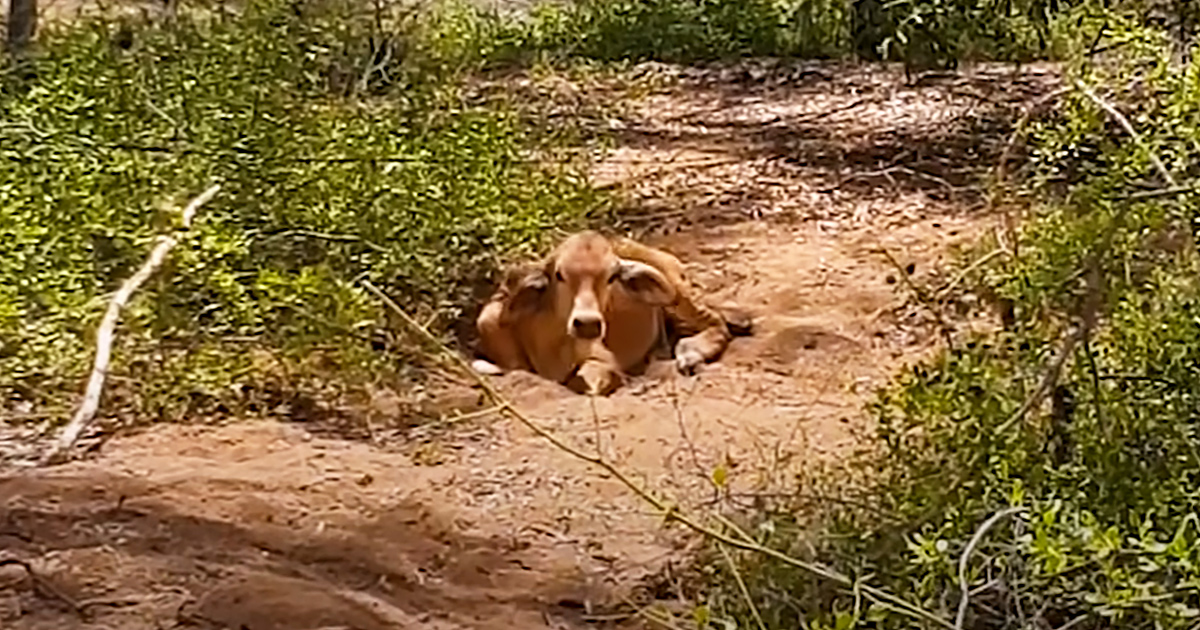 The barbed wire was quite loose. With just a few hand tools, Alex was able to unravel it. The baby cow was freed soon, but the poor animal did not have any strength to get up. Alex wanted to give the calf some more water as the little one looked thirsty.

Unfortunately, he had no water left with him. So, he decided to drive and get some water. Alex returned soon and helped the dehydrated calf. But, to get more water, he had to make his way back to the camp, which was an hour away. 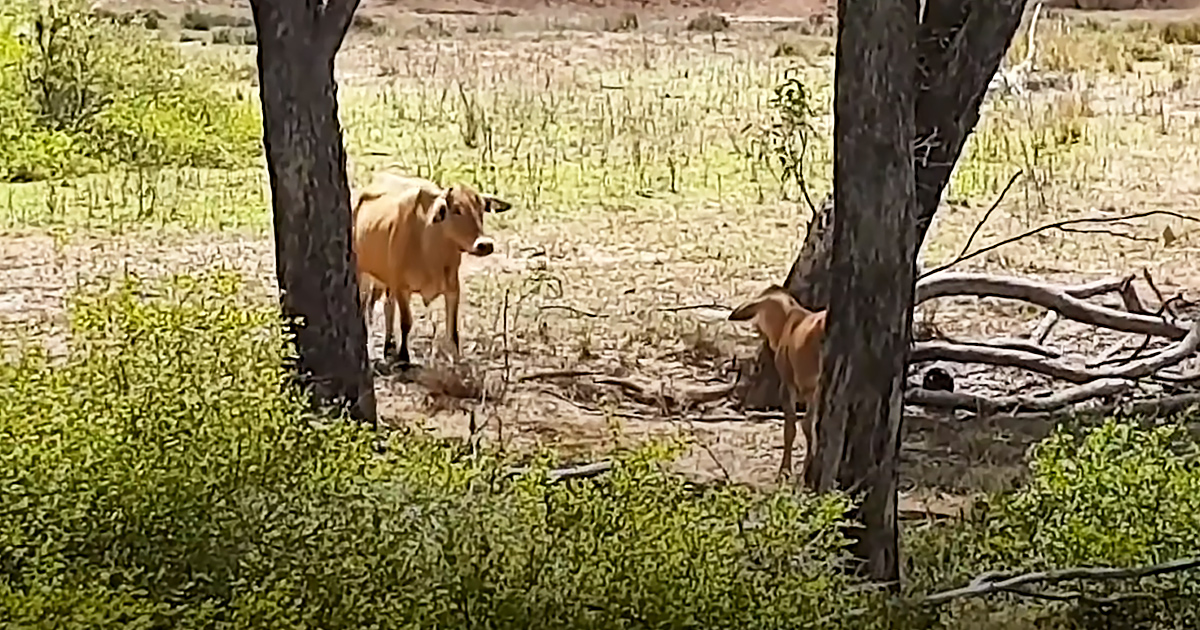 When he returned with the water, he was glad to find the calf a couple of meters away from his original position. Alex gave the baby cow more water. The thirsty calf drank the water but was still scared of the human.

So, Alex had to give him some space while he quenched his thirst. As the kind man was about to leave, the mama cow appeared to save the day. Soon, the baby cow started to walk in the same direction slowly. When Alex found the baby calf drinking from his mother, it was the most natural ending he had expected.