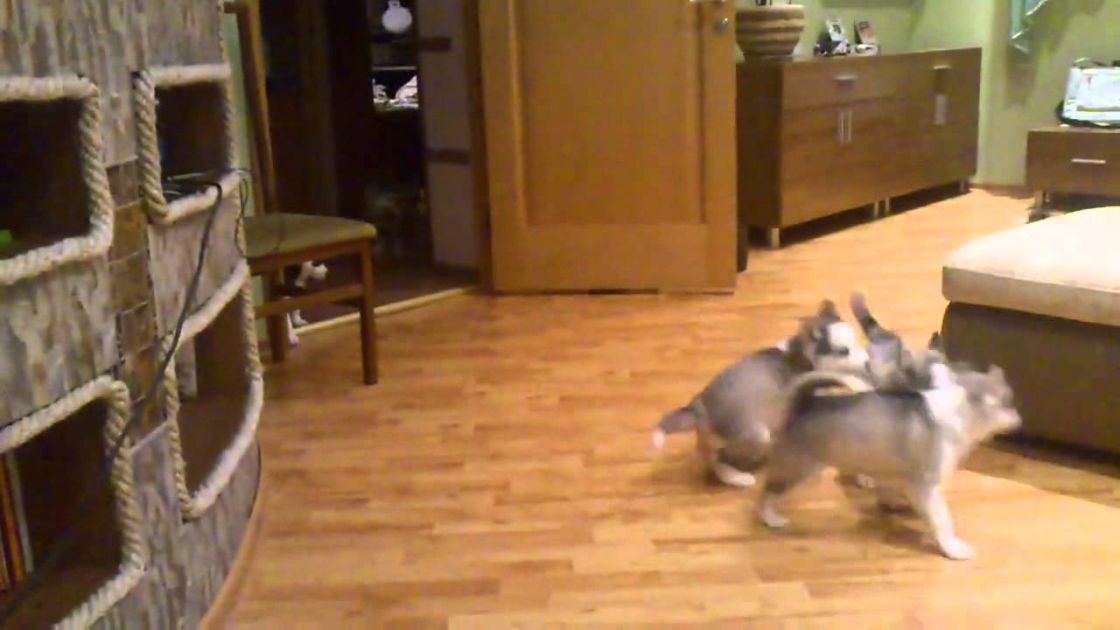 Watching animals play together is such a joyous thing. They have so much energy, and it’s just refreshing watching how innocent they are. A mommy or daddy is going to be very careful with their little ones too – they know how strong they are, and seeing them hold back shows a lot of discipline on their parts. But it’s just their pure excitement that draws us in, like what we see in this video.

This video shows a mama husky and her six puppies playing – there could be more, but it’s hard to tell with all of them running around. It’s probably somewhere in Russia because A) the title’s in Russian and B) These are SIBERIAN huskies… which isn’t in Florida. She is engaging in hide-and-seek- though there’s not much hiding she can do in what looks like a small apartment. What she does is race out of one room and then turns around and runs right back in, occasionally bowling over one of the little ones in the process. 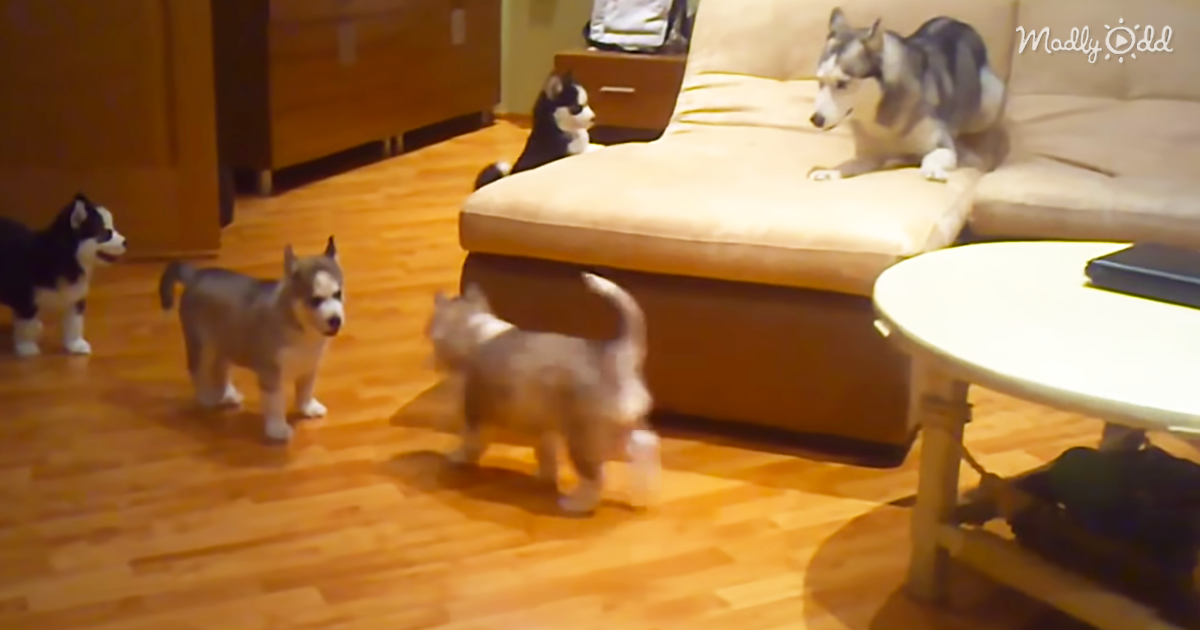 The couch seems to be home base for her. Mama Husky is like the Pied Piper of these puppies. They follow her wherever she runs. They all are having so much fun with each other. She’s also got another game plan in mind: Tire them out so they will be much more docile later when they need to nap. It’s the go-to for nearly every parent of every species. “Let ‘em run. They’ll get pooped eventually.” There’s a method to this madness.

The babies are all having a blast. They can play with mommy and not have to play with each other for a while. The mama gets bonding time. The humans get to do their own thing – well, except for the one filming it, of course. But remember, it’s all fun and games until one of them knocks something over or she rips a part of the sofa. Then it’s game over for the day. Did you know that “Bad Dog” in Russian is “Plokhaya Sobaka?” I loved this video. Dogs and puppies always make me go, “Awww.” 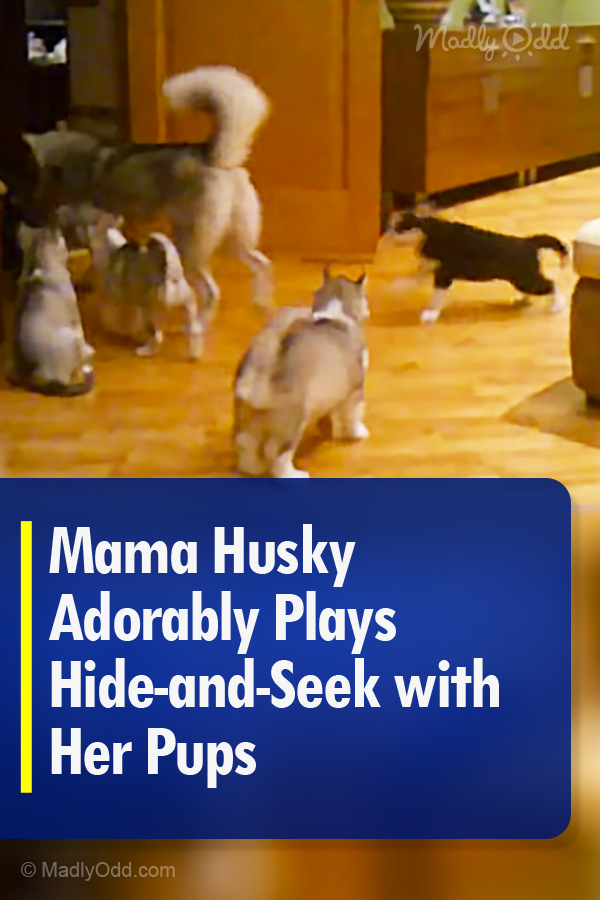