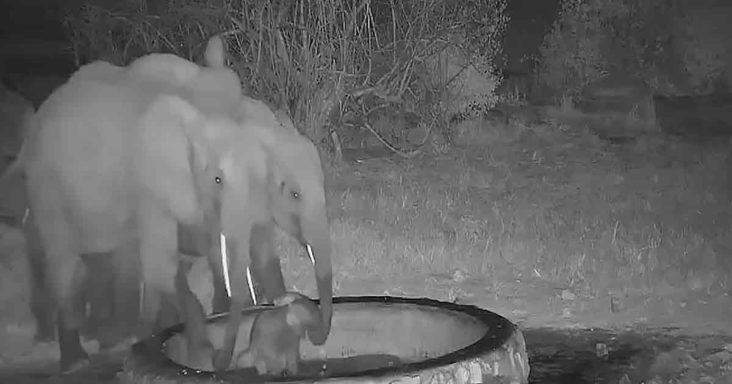 In Kenya, Africa, the Sheldrick Wildlife Trust rescued and rehabilitated little orphaned elephants. Recently a night cam at the wildlife sanctuary showed that a baby elephant had got stuck in a small water pit. 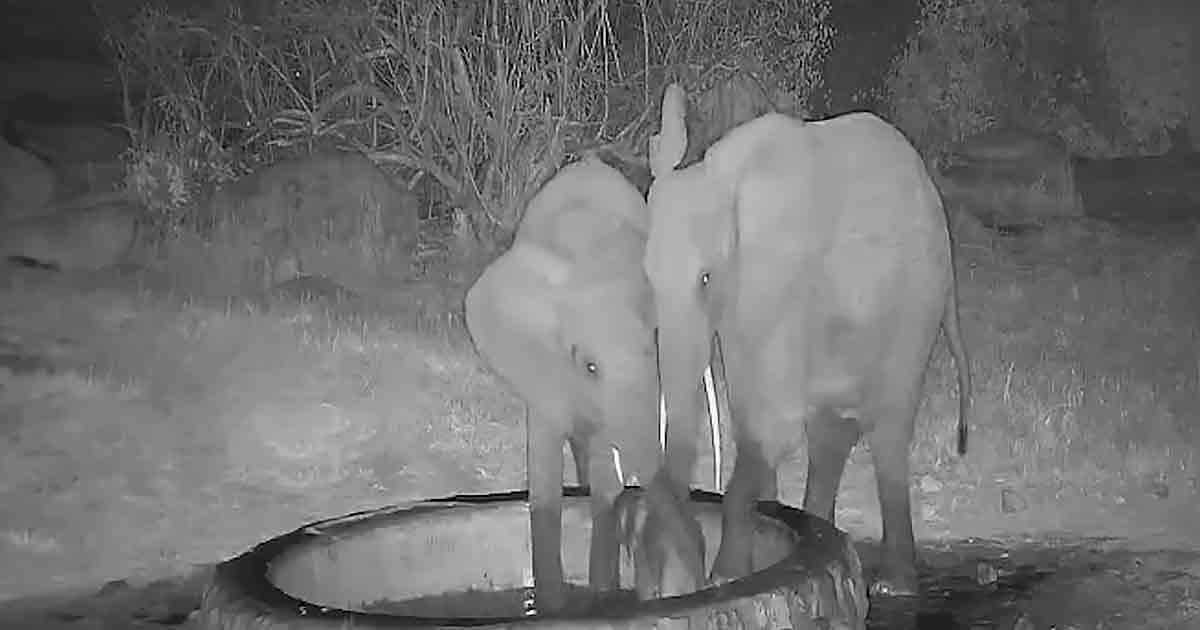 His family was trying to get him out, but they could not do so. The baby himself was trying hard to come out of the hole but was unsuccessful. This was when the sanctuary caretakers showed up.

These kind and brave men rushed to help the little one in a big truck. However, the mama elephant did not realize they were on her side. So she threatened them to back off as she was protective of her son. 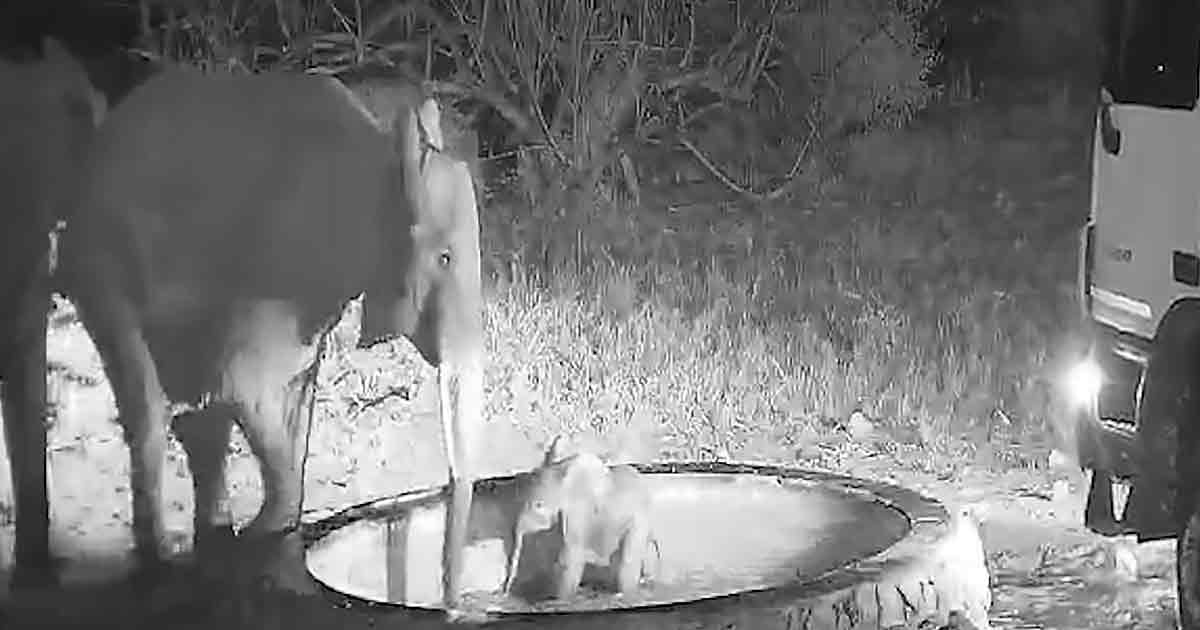 Even the little elephant was very scared of the humans and tried to get as close as possible to his mom. So naturally, this made the mother and the other herd members a bit more anxious than before.

As the truck got closer to the pit, the mama elephant got scared that the men might hurt her baby. So she stood in front of the truck and threatened the humans in the truck once again. 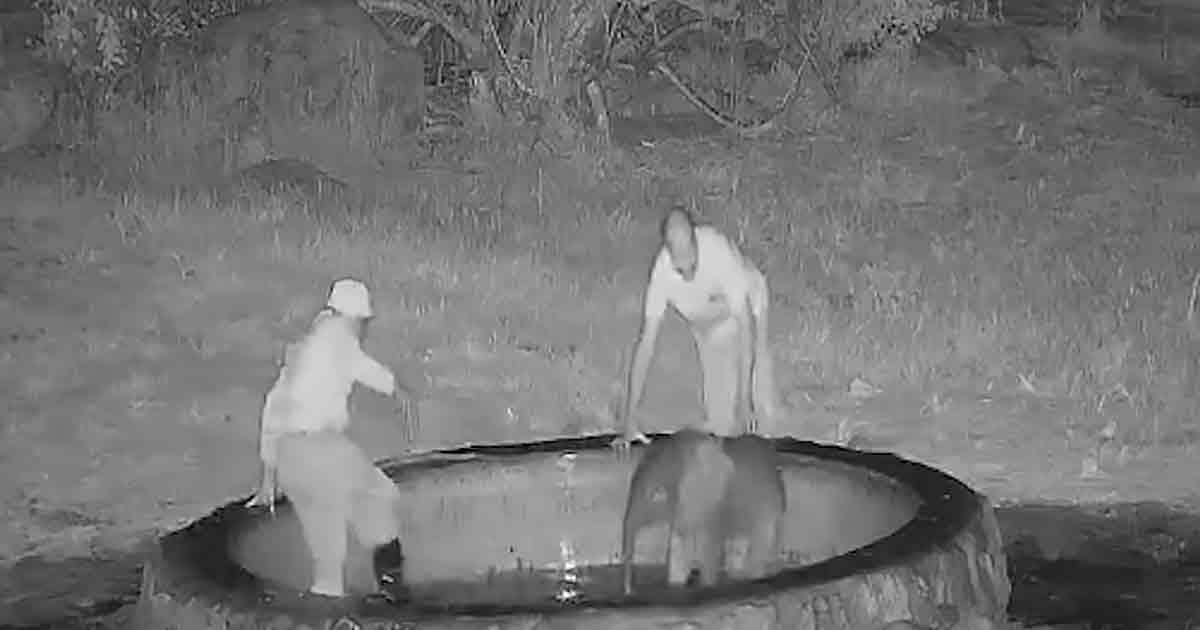 Although the little one was small, he felt pretty heavy, so both the men had to pick him up. They gently placed the baby on the ground. As soon as he came out, he ran off to his family waiting for him. It was a happy reunion.