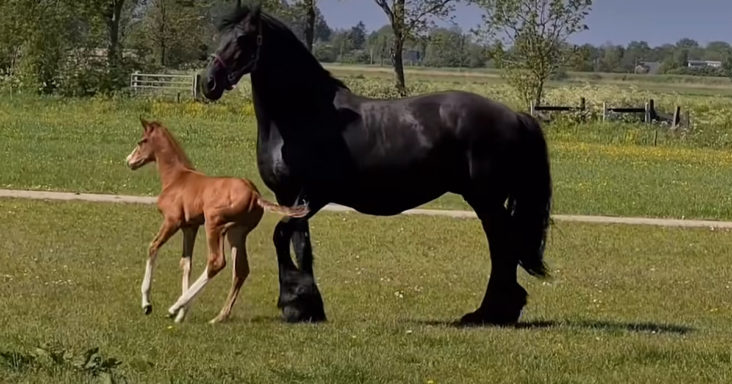 A stable full of Friesian horses in Friesland, The Netherlands, recently shared a piece of sad news about one of their horses, Queen Uniek. The horse had lost her baby during birth. The pregnant horse was in a lot of pain during labor. She was flaming her lips and circling around in her stall because of the terrible pain. 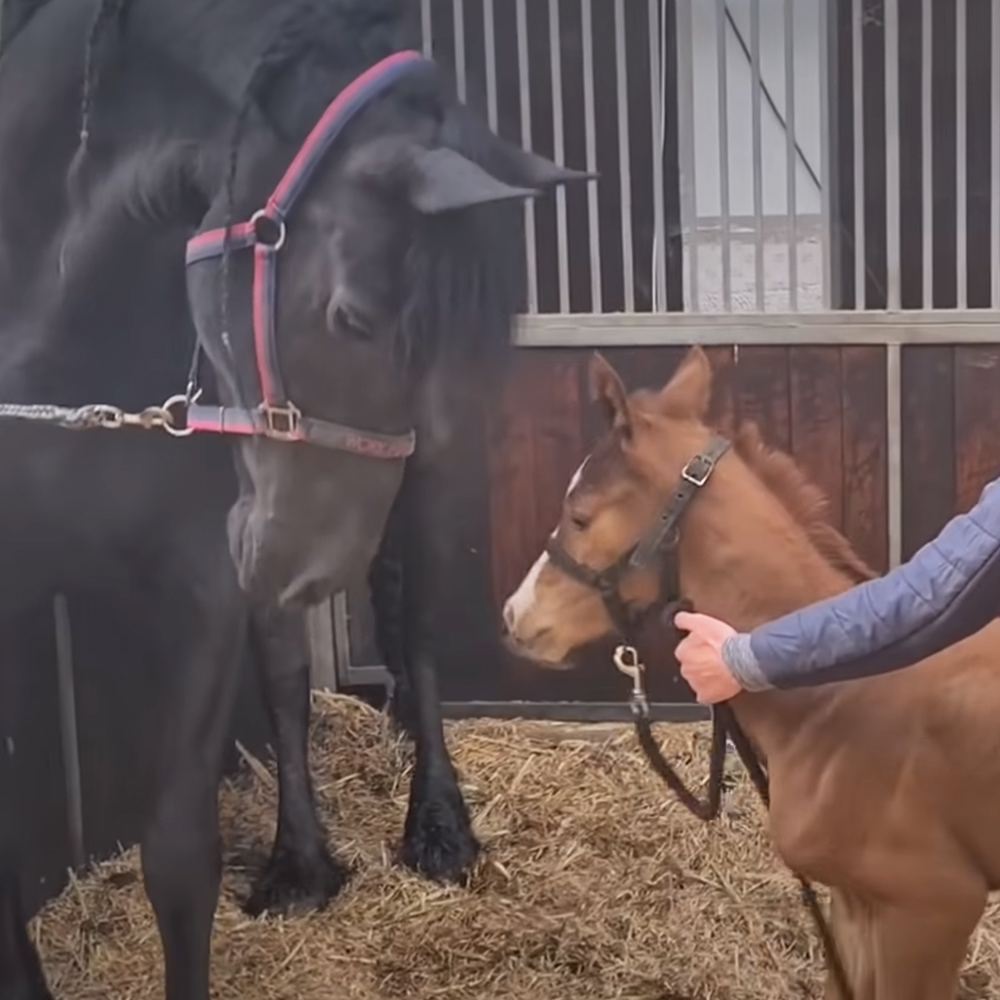 When the vet did a thorough examination, he could feel the foal’s head but no feet. The hooves should come out first, according to the vet. Something was definitely wrong. The caretaker, Yvonne, and the vet decided that the horse needed to stand up so that the baby did not get delivered quickly. Yvonne tried to calm Queen Uniek by talking to her and scratching the horse’s back.

The caretaker tried to distract the horse so that the animal wouldn’t lie down. It took some time to get the foal out. The vet knew that the baby was not alive. However, he still tried to help the stillborn foal. It seemed that the baby was dead for several hours. 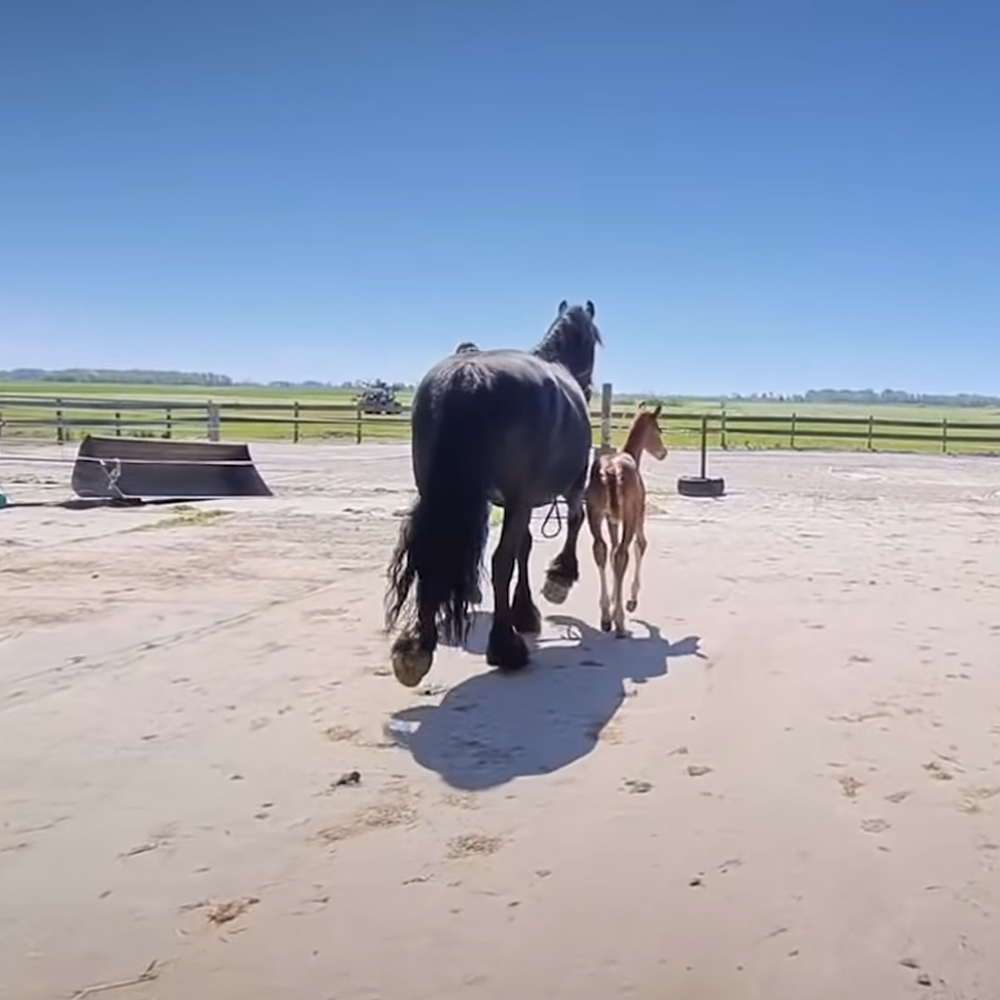 After half an hour, when Yvonne returned to the stable to check Queen Uniek, she found that the horse was heartbroken. She looked around everywhere, trying to find her foal. Yvonne tried to comfort the horse, but it was not easy to comfort a grieving mother.

The following day, Yvonne got a tip from one of her friends about an orphaned foal looking for a foster mother. She knew she had to try and see if Queen Uniek would adopt the foal as her own. The whole team was concerned that Queen Uniek might not accept the little one. Thankfully, the mother horse fell in love with him right away. 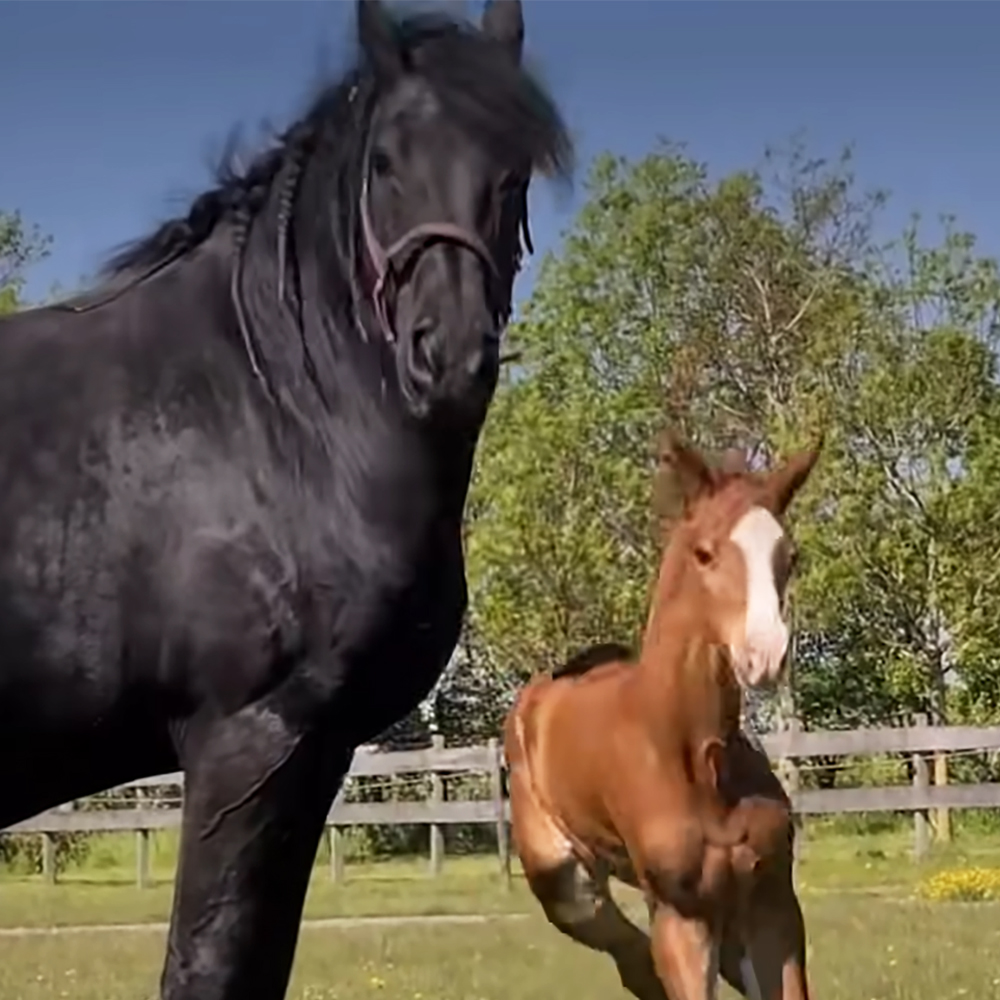 Queen Uniek was very happy, and she thought she had got her baby back. She also did a little dance, which showed that she was delighted. Yvonne knew instantly that the horse had accepted the little foal. So they named the little one, Rising Star.

The horse was very protective of her adopted foal. Yvonne thought Queen Uniek and Rising Star were “onafscheidelijk,” meaning “inseparable.” The young horse followed his mother everywhere. The baby would run around happily in the open while his mother would keep a watch on him. She would be right behind the foal and never allowed Rising Star to go far away.