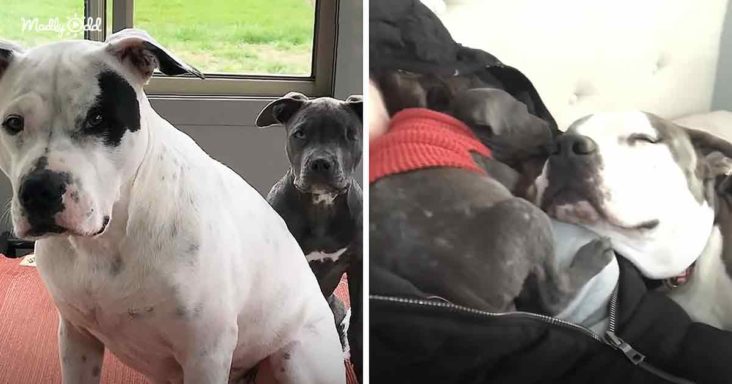 Raisin, a tiny orphaned puppy, was found in a very pitiful condition. When the poor puppy was rescued, she was very sick and had a badly infected eye. The rescuers knew that they could save her but did not know who would want to adopt her. 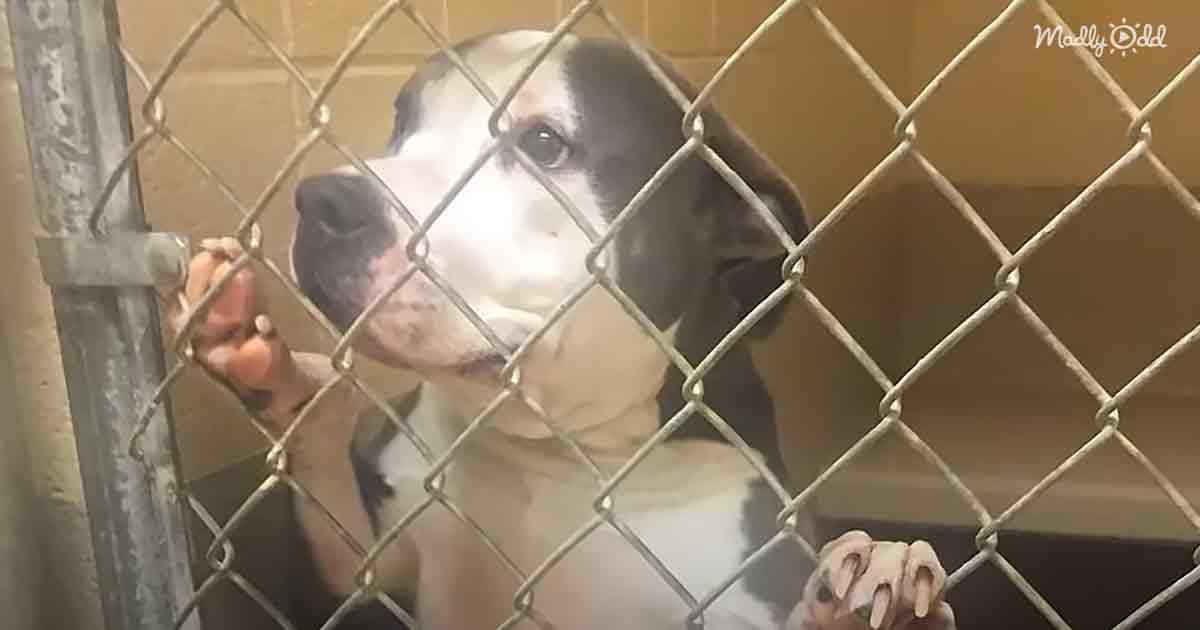 The little puppy had an eyeball scar. Finally, however, there was someone who needed Raisin. Daya was at the rescue shelter and was pulled out because of pregnancy complications. She was expecting her litter of puppies but was heartbroken a week later.

She was really depressed, and her foster mom could not bear to watch her like that. She knew the dog needed help and was not going to get over her sadness quickly. Daya and Raisin’s rescue groups had a fantastic idea. 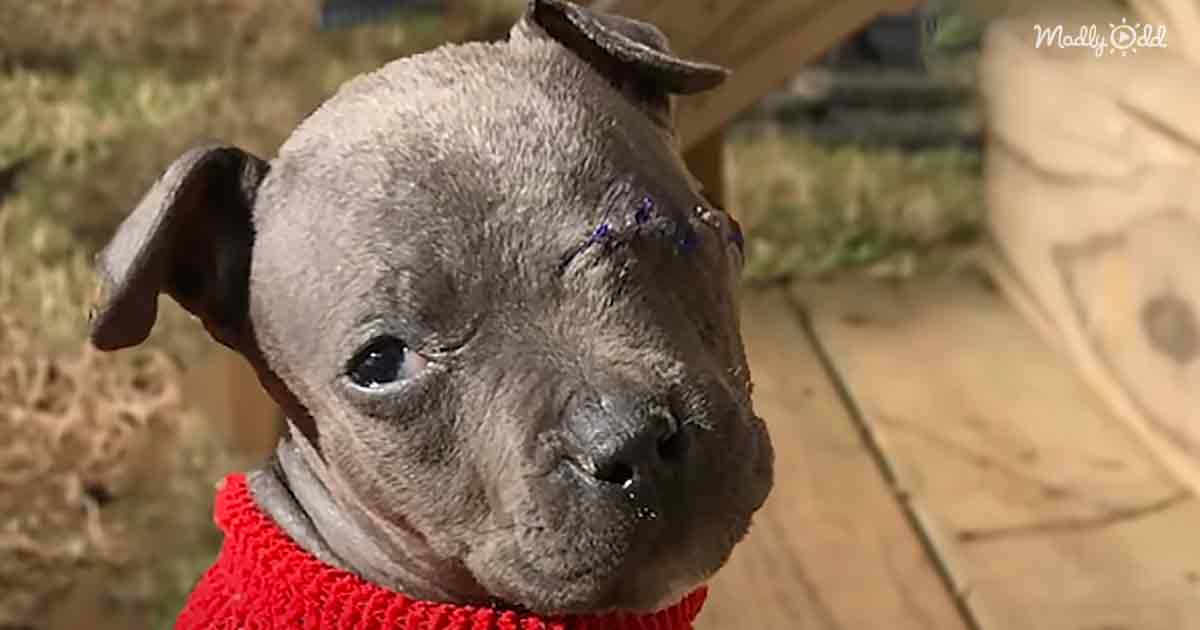 So, they posted an online request for all the animal lovers around the globe to help foster the two of them together for a few weeks. That was when Nick & Katie Loveluck decided to help the innocent animals.

When Raisin arrived at the Loveluck family home, she was so tiny that Katie could not even see her. However, Daya was immediately very receptive to the puppy. She immediately started bathing her, licking her face, and licking her ears. 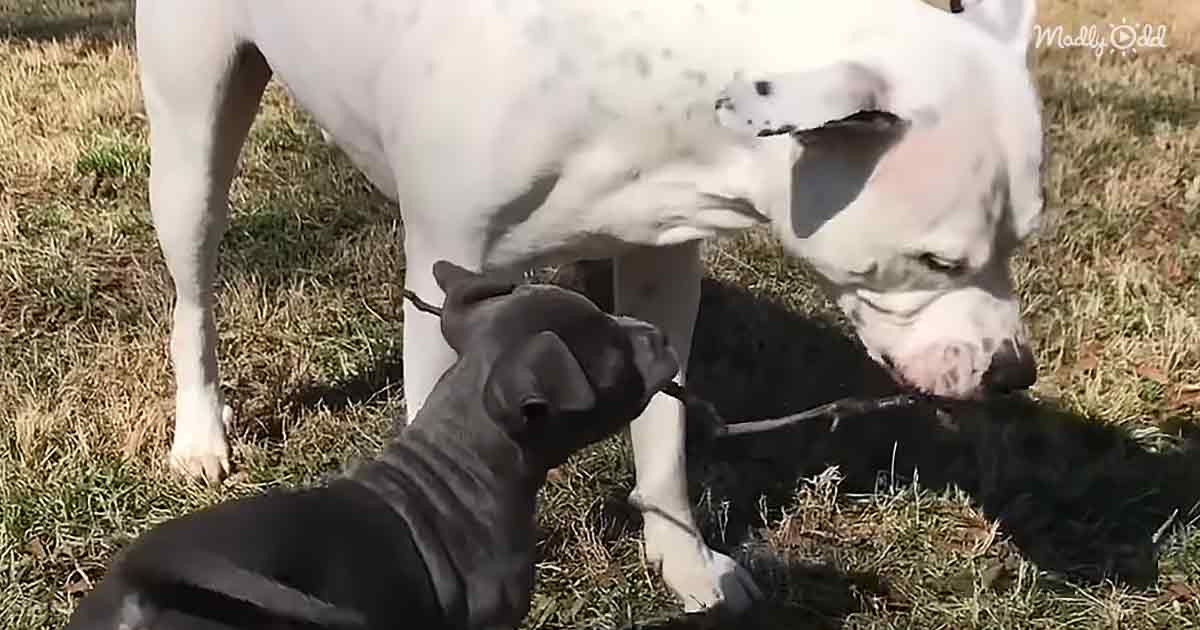 Raisin reciprocated and started licking Daya’s face. The foster mom knew that this accommodation was going to work. The little puppy helped the mama Pitbull, Daya, to heal. The mama dog was protective & proud of her puppy.

Both the animals benefited from it. Soon Nick & Katie felt that Raisin was doing well, and Daya seemed to be doing emotionally better. Thus, they decided to take the mama Pitbull back to her first foster mom. Next, Nick & Katie decided to adopt Raisin. The little one bonded with their pet dog Charlie who was terrified of her. The big dog was overly cautious to not hurt the now strong, feisty little puppy.