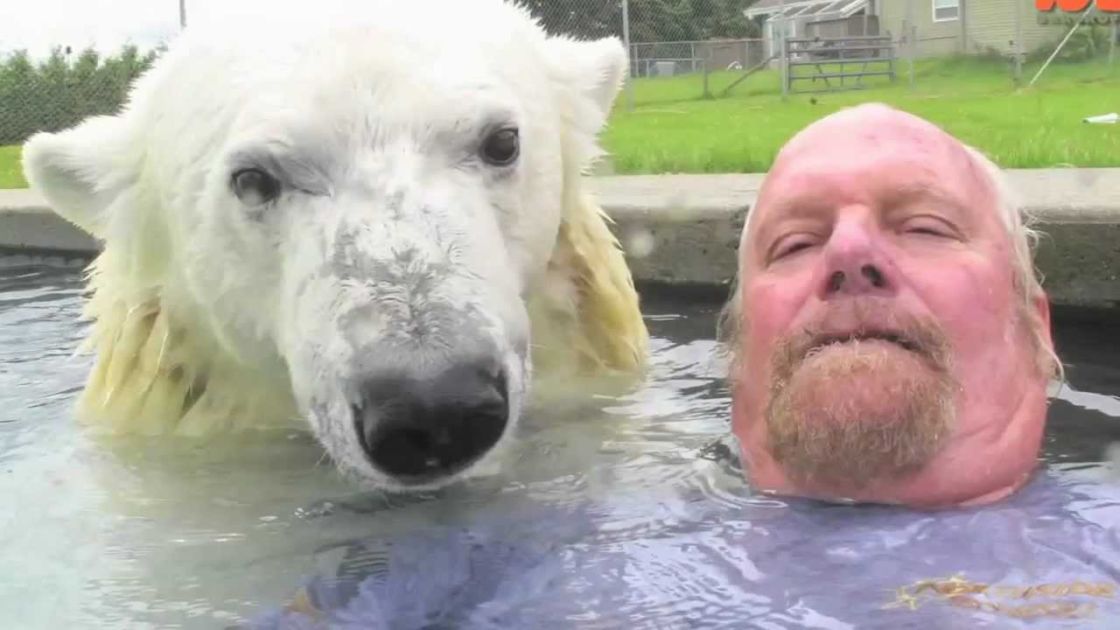 This man has been best friends with this 16-year-old polar bear since he was just a cub. The man’s name is Mark Dumas, and he adopted this adorable friend a long time ago. Her name is Agee. They always are together, and they do fun stuff like playing in the pool in the morning, among other things.

Agee weighs over 800 pounds, and he’s even appeared in movies, such as Alaska, a 1995 film, when she was only months old. She’s a star! You don’t want to miss this duo have fun in their free time when the cute polar bear isn’t shooting a new movie. 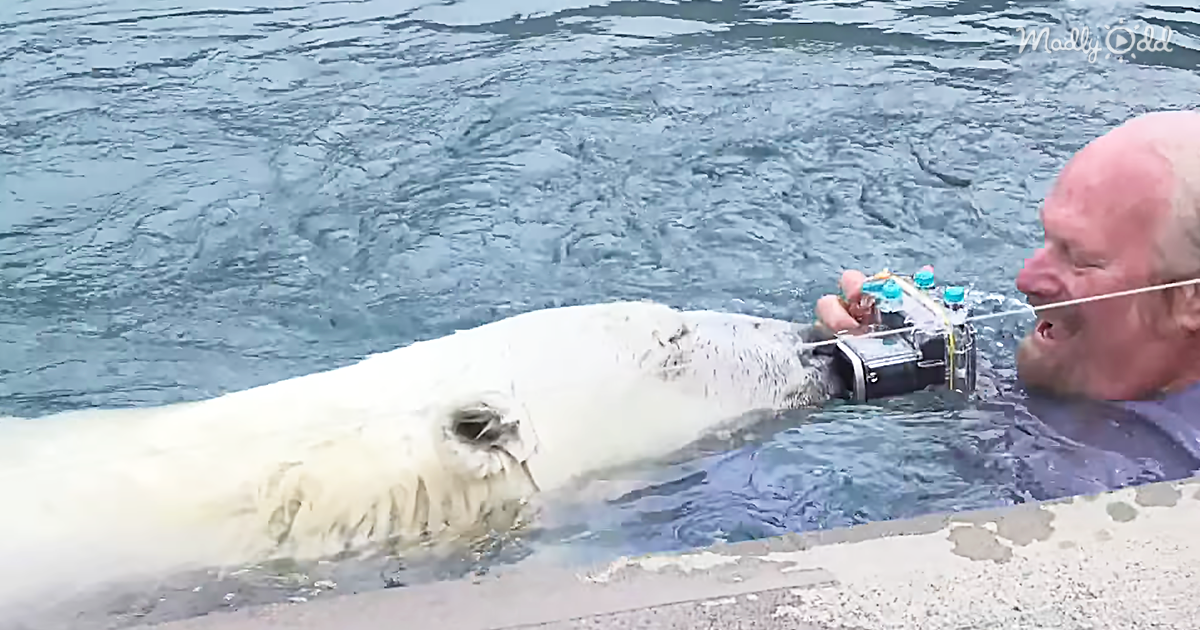 Mr. Dumas is a ‘bear-taker’ who lives in the very cold region of Abbotsford in British Columbia. He and his spouse, Dawn, adopted Agee when she was only a month old, and they have bonded very deeply during all the time they have spent together.

As we can see in the video, they’re very close friends, and they have a strong relationship that you would never expect between a bear and a man. You can watch this moving video featured just below.