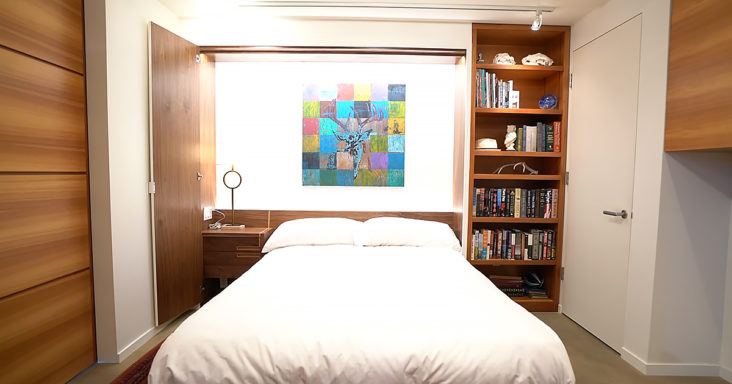 A man named William Lawrence Murphy is credited with the invention of the Murphy Bed, or wall bed. He lived in a small apartment in New York City and needed a creative way to use his space. 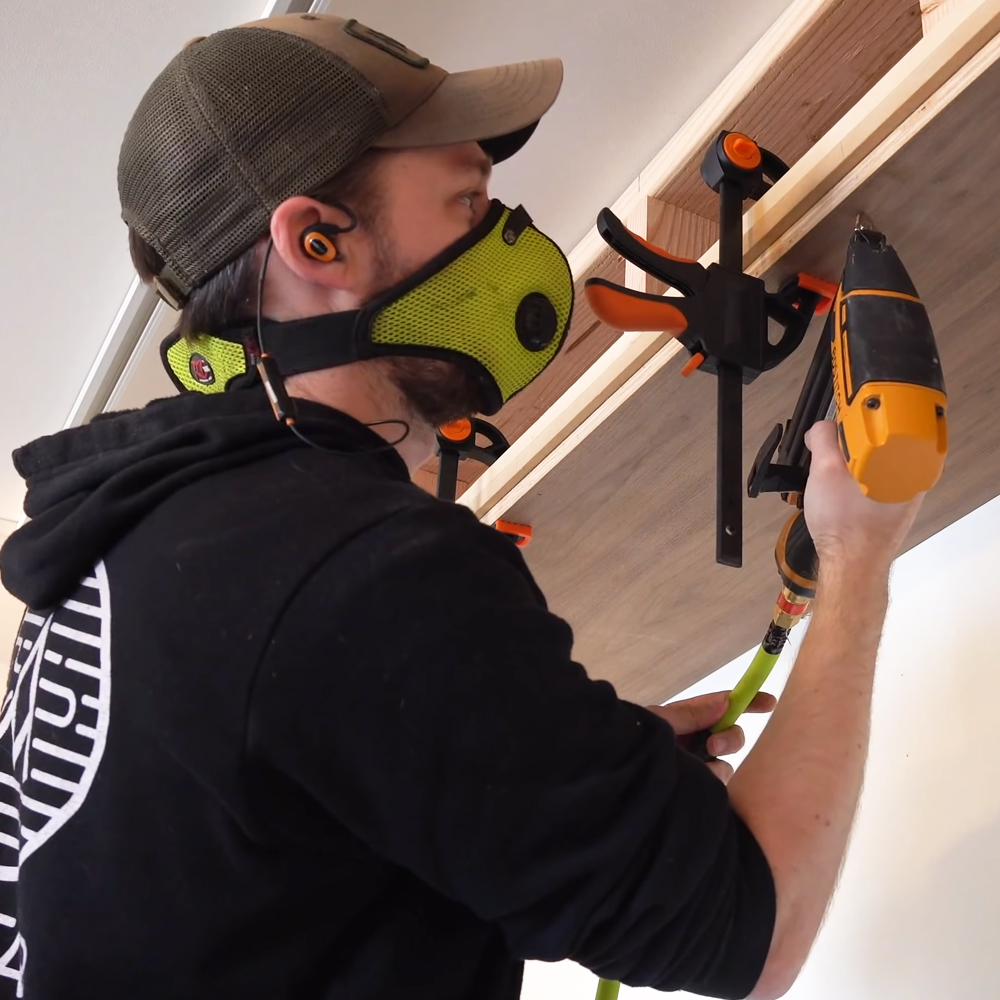 Today, these beds are still famous for their space-saving capabilities. Murphy beds can be folded away when not in use and quickly brought back down in the evening.

Michael Alm is a builder, and he took on a Murphy bed project and documented his process. Alm believes that the first step to creating a wall bed, or bedroom in a wall, is to make sure the wall is completely flat so that the bed, when raised, will be plumb against the wall. 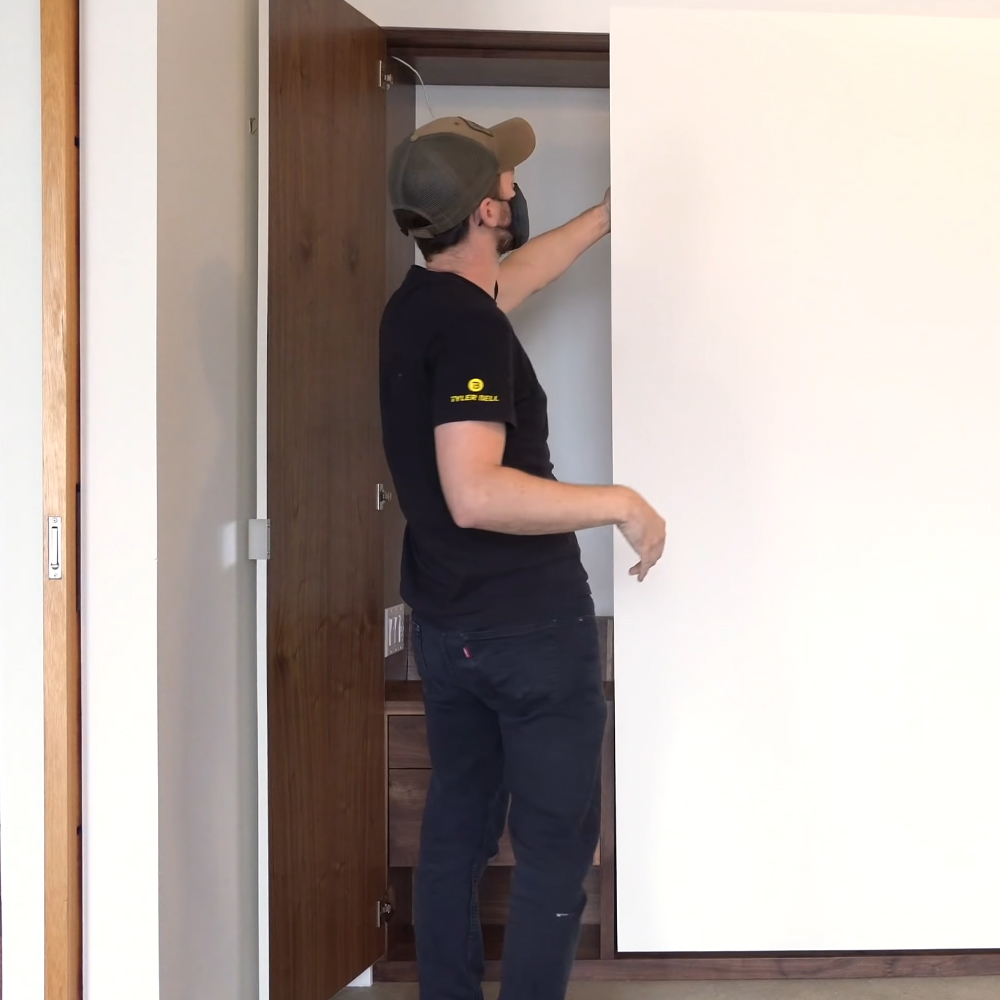 Alm is working in a corner on this job. He’s also installing the bed on the other side of a bookshelf, so the bed will really feel hidden away when it’s not pulled down.

This designer builds every piece from scratch, bringing in only the bar for the bottom of the bed and the mattress itself. Everything else is designed, cut, and put together by Alm. 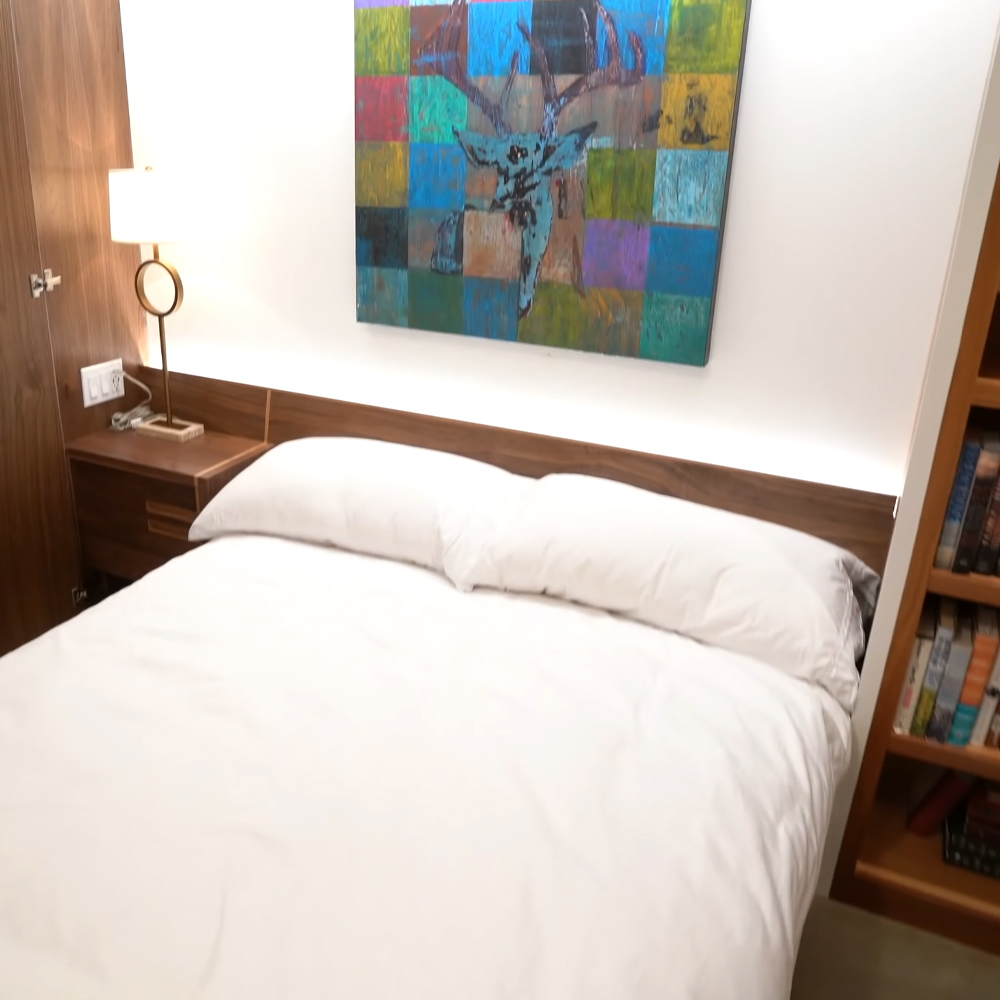 Along with the bed, Alm gives his client a nightstand, LED lighting, USB ports, and lots of extras. The nightstand and lights are all hidden away, along with the bed. He paints the bottom of the bed and the door hiding the extras the same color as the client’s wall.

The result is a perfectly hidden bedroom. Anyone who visits that room would never know it turned into a bedroom complete with light fixtures. It’s a secret Michael Alm’s client gets to keep unless they want to invite a guest to stay in the Murphy bed. 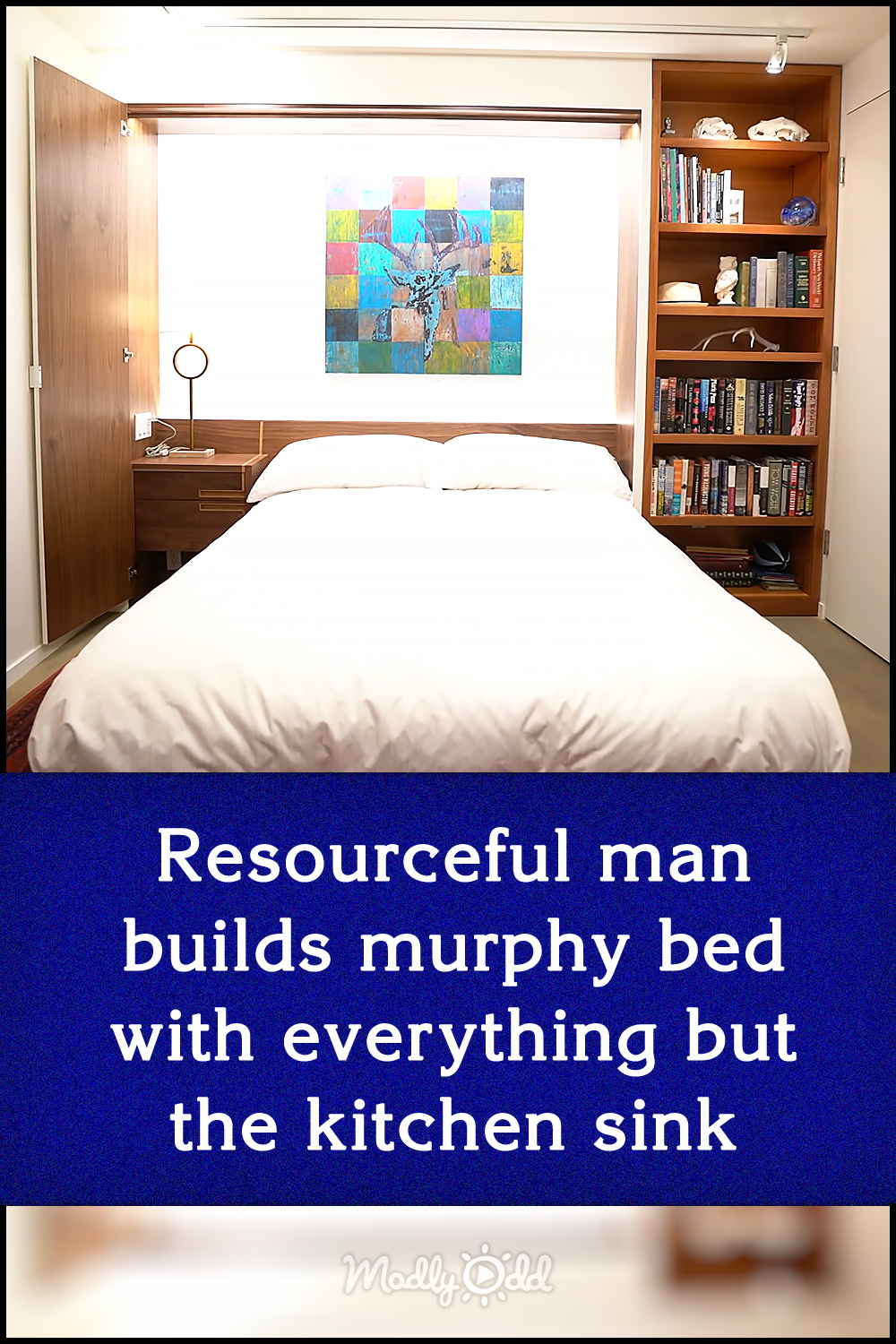