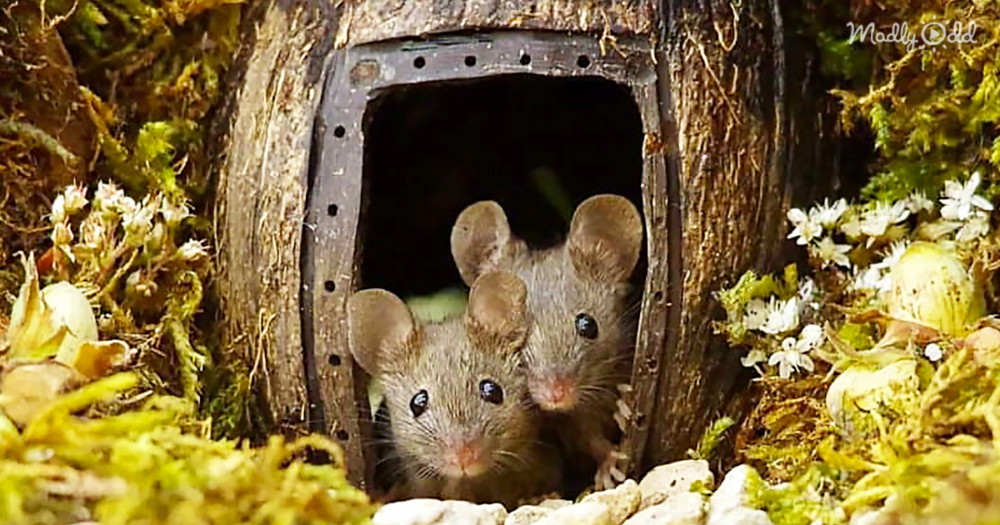 Wildlife photographer Simon Dell was delighted when he found a family of mice living in his garden, so he did what anyone would do: build them a tiny village to live in. 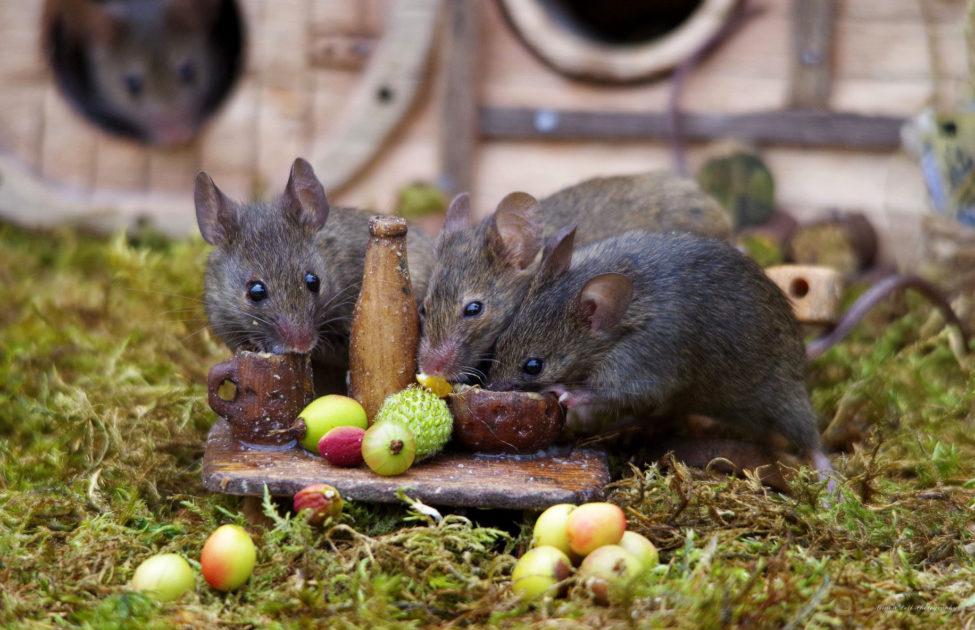 Dell had been photographing the birds in his garden when he noticed movement on the ground from the corner of his eye. Pointing his camera at the grass he noticed “a little house mouse standing up just like a meerkat in the freshly cut grass.”

Very wet and quiet in the mouse village today almost to Quiet . pic.twitter.com/CBJ6WB4JV1

This first mouse was named Stuart. After feeding him and giving him a bit of shelter, Dell proceded to document Stuart’s escapades until the spring of 2018 when Stuart left his little habitat. 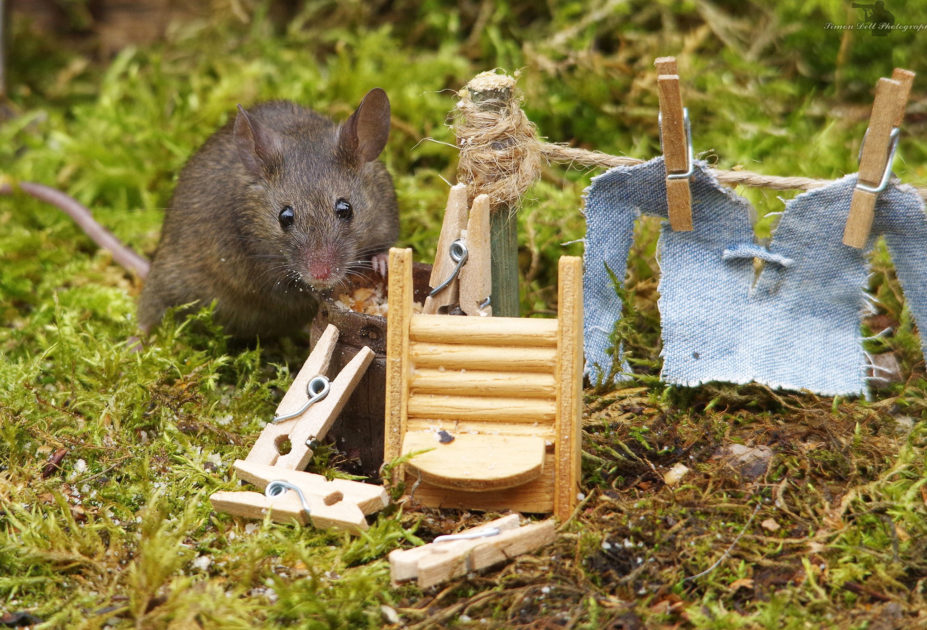 Since then other mice have moved into the garden. One particular mouse had a distinctive feature, which made him easy to notice. 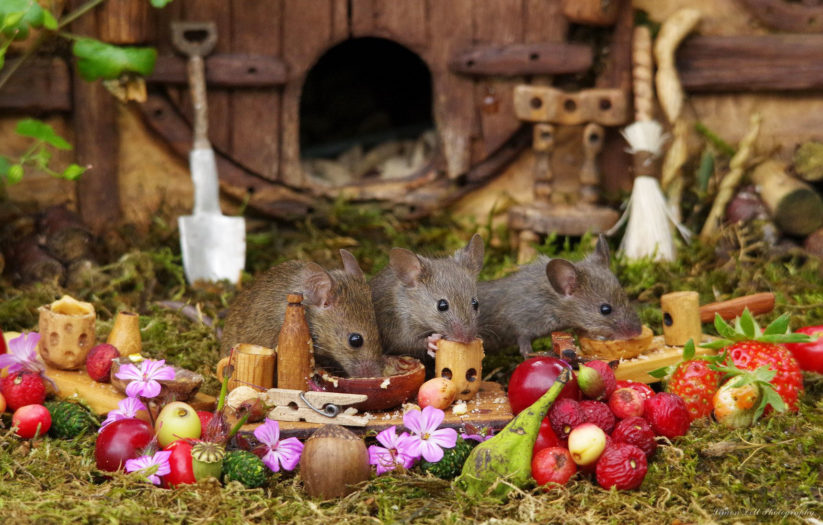 “At first there was just the one mouse,” said Dell. “He had a cut in his ear, and we called him George. I piled some small logs around a box as a home for the mouse and covered it with moss and straw to give him a little shelter.”

Dell piled some logs up for his new pal George, providing a bit of protection from hungry cats in the area. But George wasn’t the only one to move into the new abode. 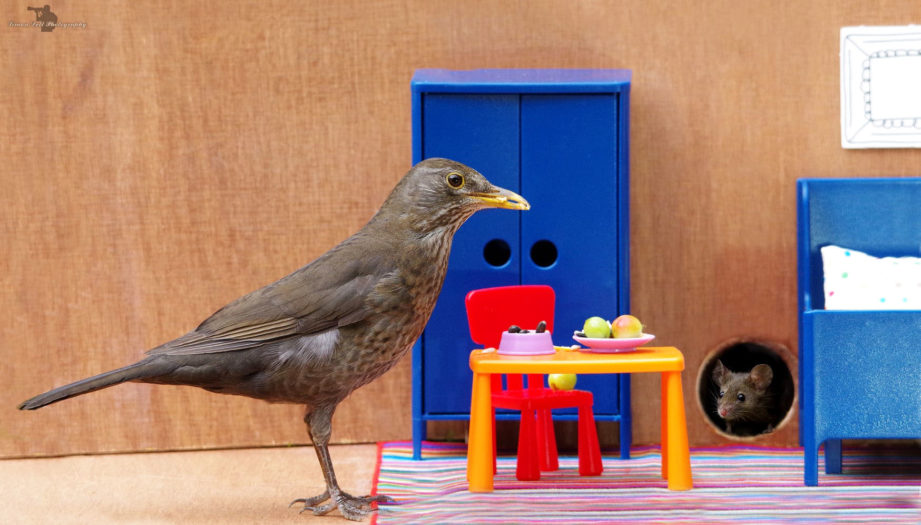 “A couple of days later, I noticed there could be more than one mouse inside the log pile,” explained Dell. “and it was not long ’till they both came out for a bit of food.” 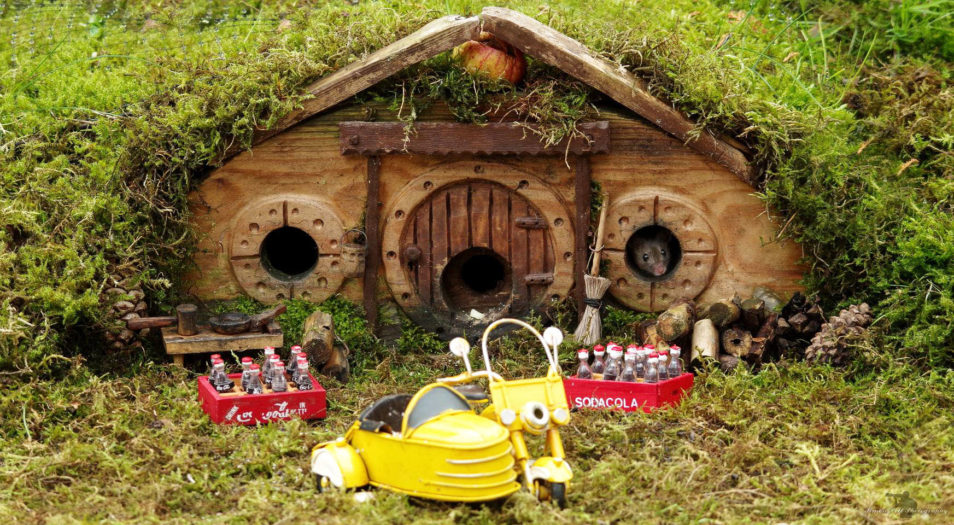 “I decided to build them a home as I wanted to give them a safe place in the garden and not fall prey to cats or other animals. Also, as I was feeding the mice, it was the right thing to do as I would feel it was my fault getting them to come out if they became prey. Being a wildlife photographer, I wanted to create a nice looking habitat for any pictures I would take.” 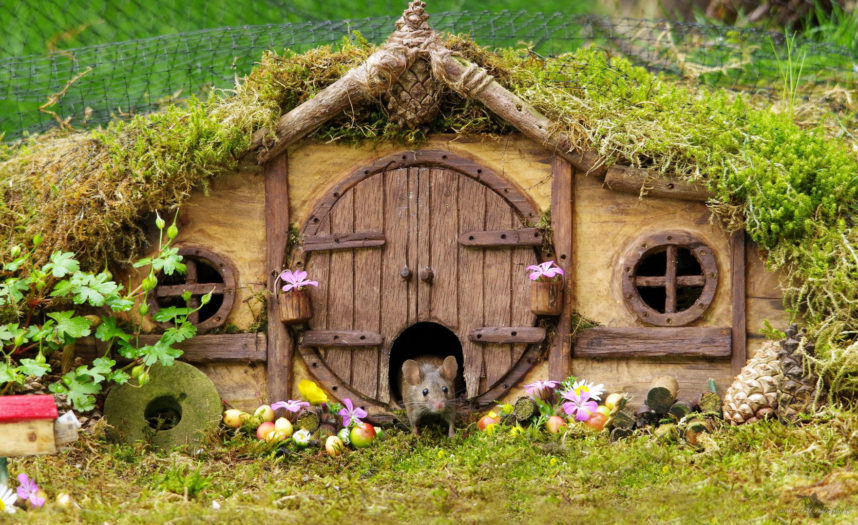 Over the months Dell has improved upon the digs he’s built for his mice friends. There’s a fence now, and winter warmth protection, as well as interior spaces for them to play in. People from all over the world send miniature gifts for the mice, which Dell uses in his photographs. 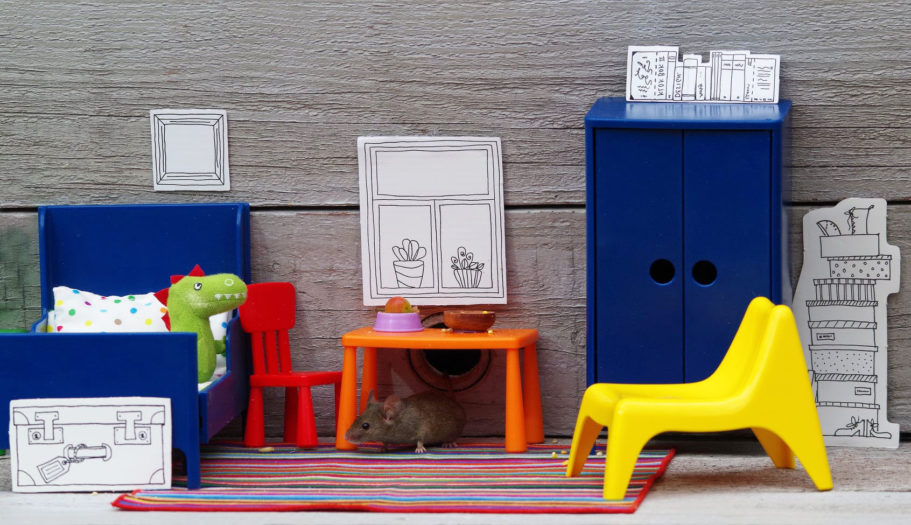 “The mice are still here and living a very happy life,” said Dell. “It is winter now, so the days are shorter and they come out less often. Once it gets dark, it can be hard to see them. However, I see them come out in the day for food and it is always all gone by the next morning. I also give them handfuls of feathers from an old pillow and they take that to line their beds inside and keep them warm on these cold UK winter nights.” 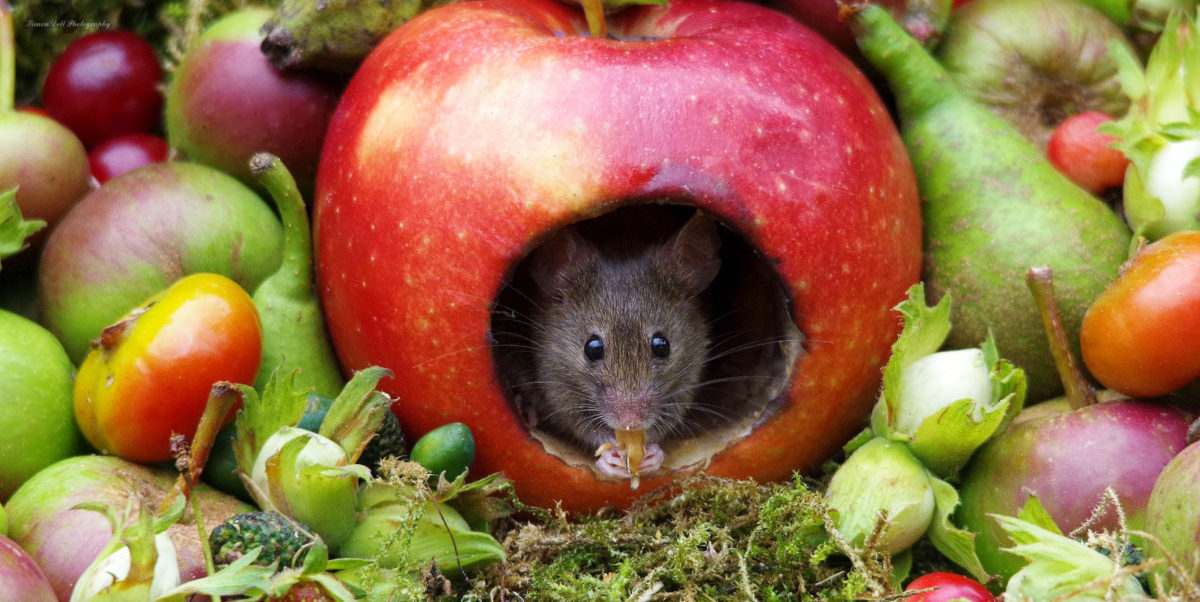 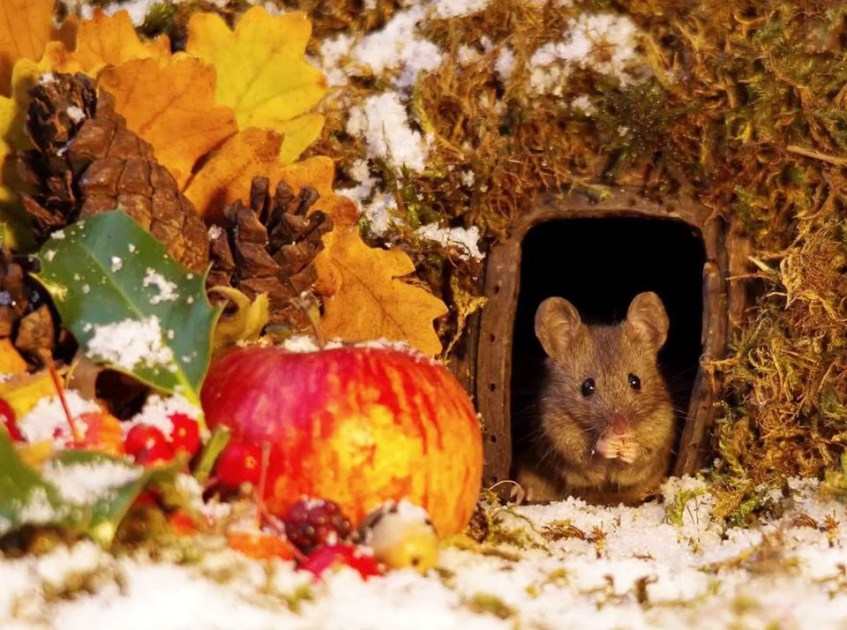 Want to see little George in action? Check out this video of him chowing down on his berry good lunch. 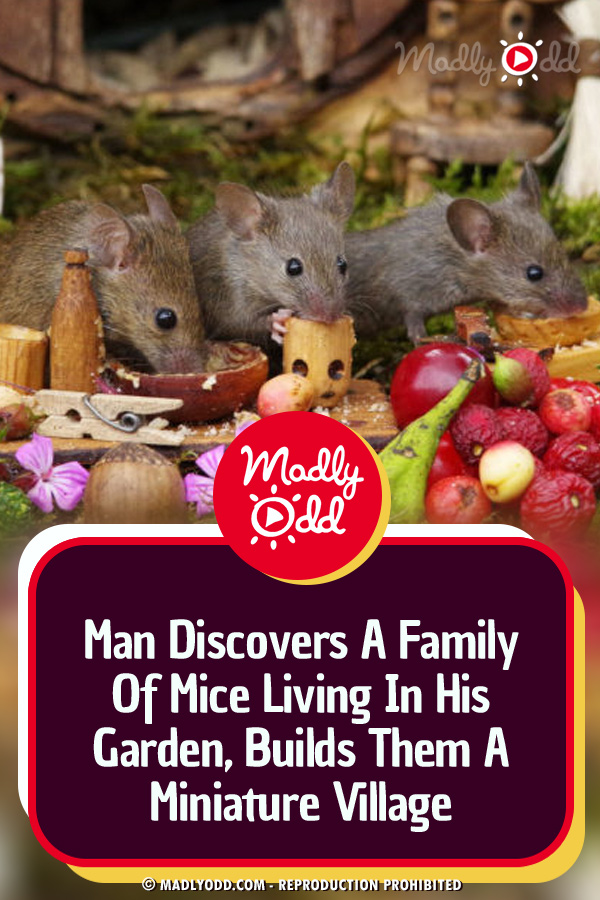