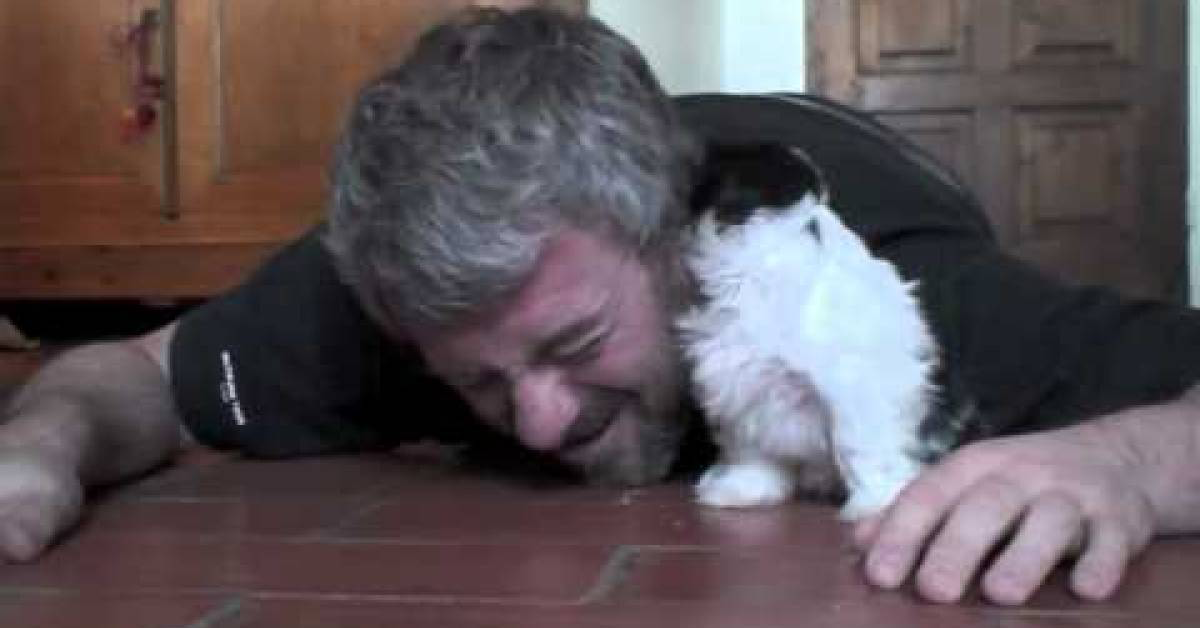 If a puppy wants to play, it’s always a great idea to crouch down, so you’re roughly at the little dog’s altitude. This makes it a contest of equals. If the puppy is a tiny Shih-Tzu, crouching isn’t good enough; you’ll have to get all the way down on the floor.

Fully grown Shih-Tzus aren’t big, only about 11 inches tall, so their puppies are extra-tiny. The breed’s name comes from the Chinese word for lion, unlikely as that might seem. They were bred to look like the lions you find in traditional Chinese artwork.

These lion-dogs have short legs, droopy ears, a hilarious little underbite, and long fur from nose to tail. A typical Shih-Tzu is friendly, lively, and gets along well with children.

One humorous description described the recipe for a Shih-Tzu as “a dash of lion, several teaspoons of rabbit, a couple of ounces of domestic cat, one part court jester, a dash of ballerina, a pinch of old man, a bit of beggar, a tablespoon of monkey, one part baby seal, and a dash of teddy bear.”

A French photographer who adopted a ridiculously adorable little black and white Shih-Tzu puppy was quick to realize that he’d have to lie down on the floor if he wanted to enjoy some playtime. As you’ll see in the video posted below, he and the puppy enjoy beautiful frolics.

They do a little game where there’s jumping back and forth. Next, it’s time for nuzzling and doggy kisses. They’re having so much fun; dad ends up getting his ear nibbled. They even exchange licks! To cap it all off, the puppy gives his human dad a loving chomp to the nose.

Once you’ve recovered from this massive dose of cuteness, let us know what you thought in the comments section below the video. Don’t forget to like and share: this could brighten many a friend’s days! 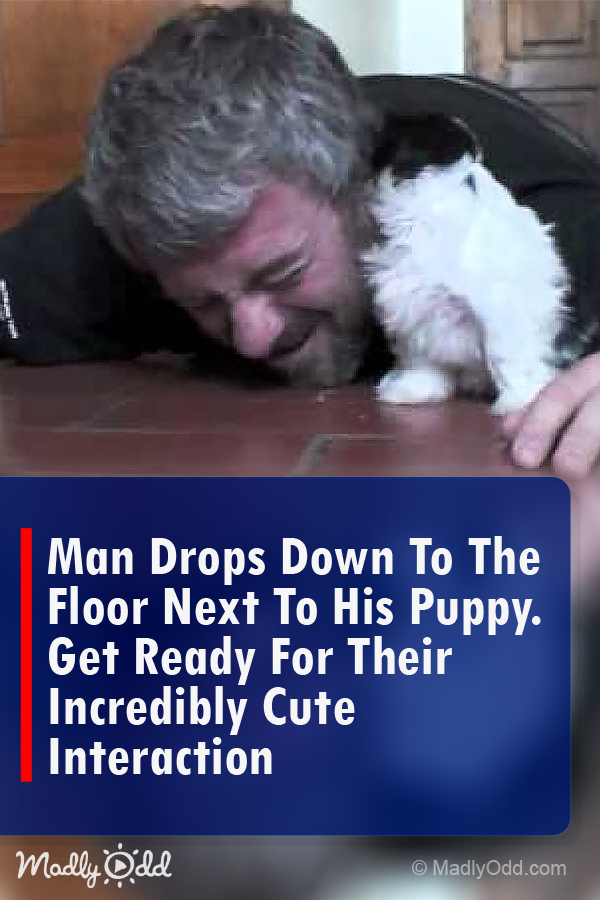