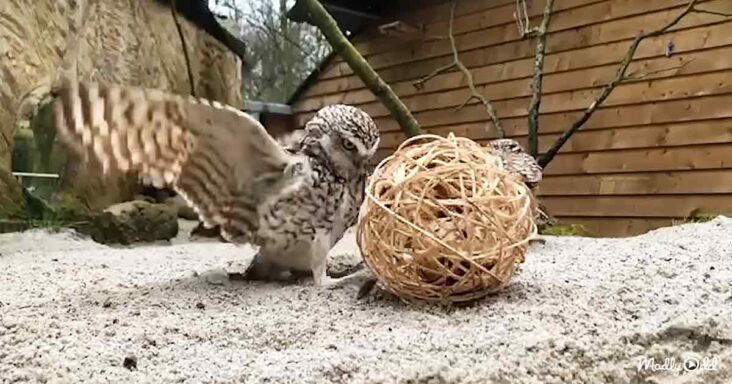 Owls are one of the most enormous birds of prey. This is because they have a long wing span and are equal in strength to eagles. In addition, these birds are pretty intelligent and are creatures of habit. Thus, if there is a slight change in things around them, they notice it almost immediately. 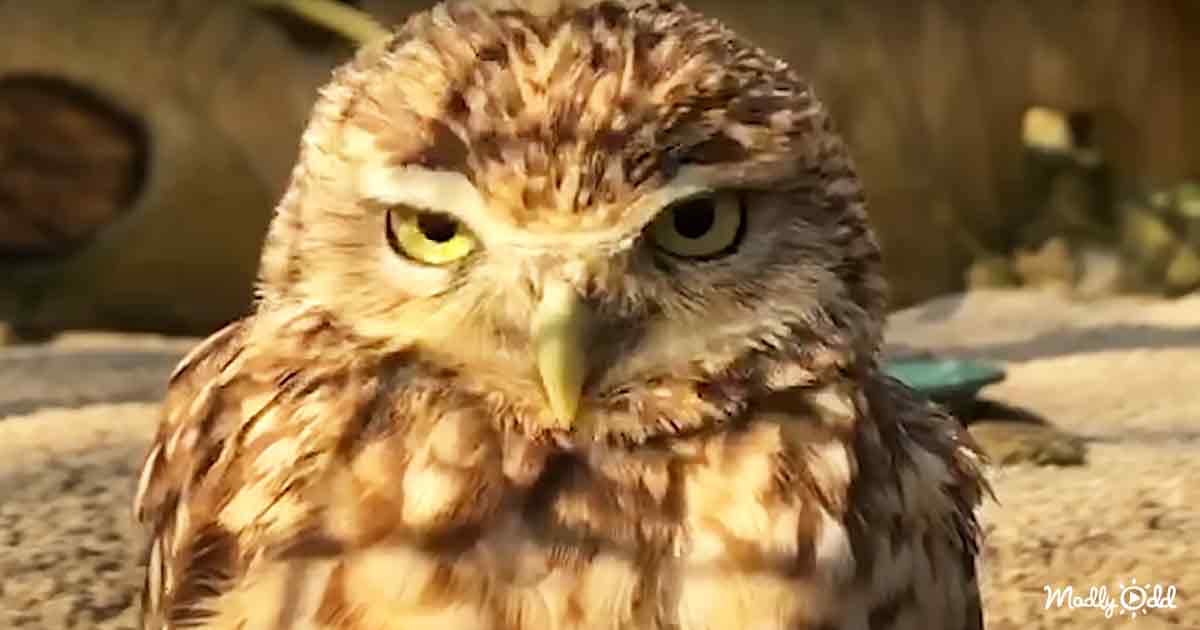 The Hawk Conservancy Trust is a significant conservation and rehabilitation center for all kinds of birds of prey. Recently, Tom Morath, who used to work at the conservation, placed a couple of hidden cams in the owl aviary to take footage of the Burrowing owls. Although they used to take footage of the birds all the time, his intention was to see what the Burrowing owls used to do in his absence.

Morath had been wondering how these birds behaved in his absence. He wanted to find out whether they behaved differently than how they used to act in his presence. Finally, the owls screeched around where he had placed the hidden camera. Surprisingly, it took very little time for the birds to locate the camera. Although it wasn’t well-hidden, the birds managed to find it within 30 seconds. 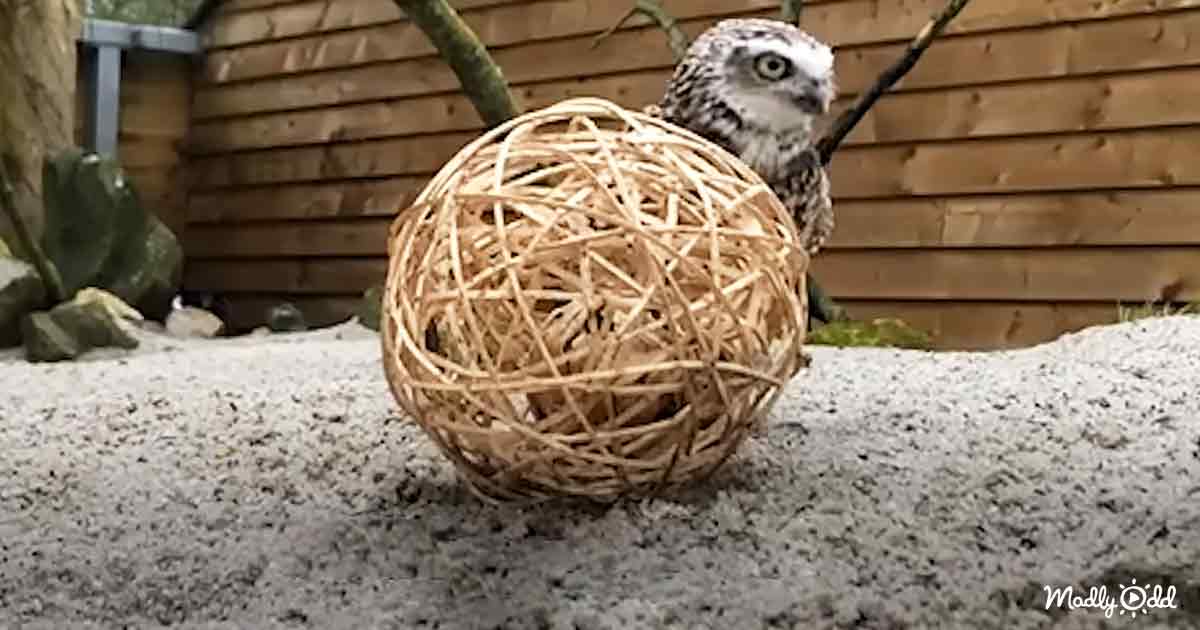 The owls began communicating with each other to try and find out what the strange thing was in their aviary. Sometimes, the owls would try to get rid of the camera. Then, since it was something new and different to the birds, they would sometimes fly up to the camera. Finally, they managed to throw the camera from its hiding place and started playing with it. They poked at it with their beaks, still unsure what it was.

According to Morath, Burrowing owls are full of expressions like any other bird. However, these owl breeds were full of character. Burrowing owls are always active and do lots of different activities. These owls are called Burrowing owls because they dig their nests. Sometimes, they also take over any abandoned burrows from other animals. However, they would never do so in the presence of humans. Thus, catching them in the act on a camera was exceptional. 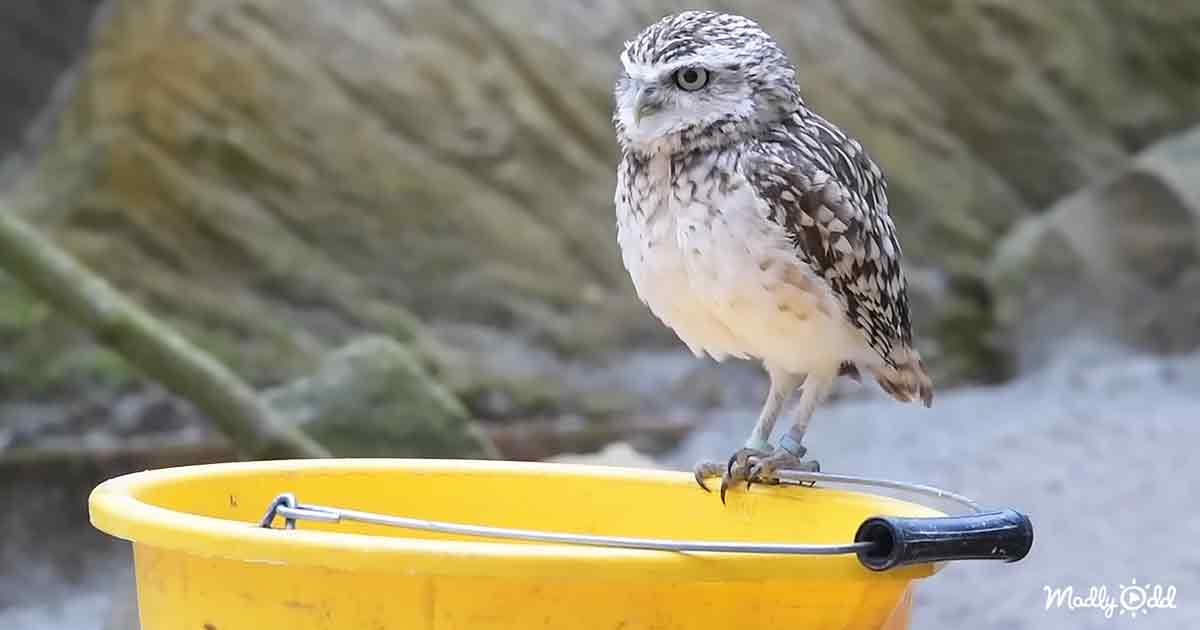 Morath also explained that owls are very intelligent and inquisitive. It was necessary for the staff at The Hawk Conservancy Trust to regularly carry out maintenance in the aviaries. However, the Burrowing owls occasionally pounced into the water bowls and grabbed a sponge from the workers. So the workers had to get it back from the owls.

The Burrowing owls never spent a moment resting in the aviary. Instead, they would fly around, run around, and play with each other all the time in their space. The birds also had toys like a bamboo ball and small rocks to play with. 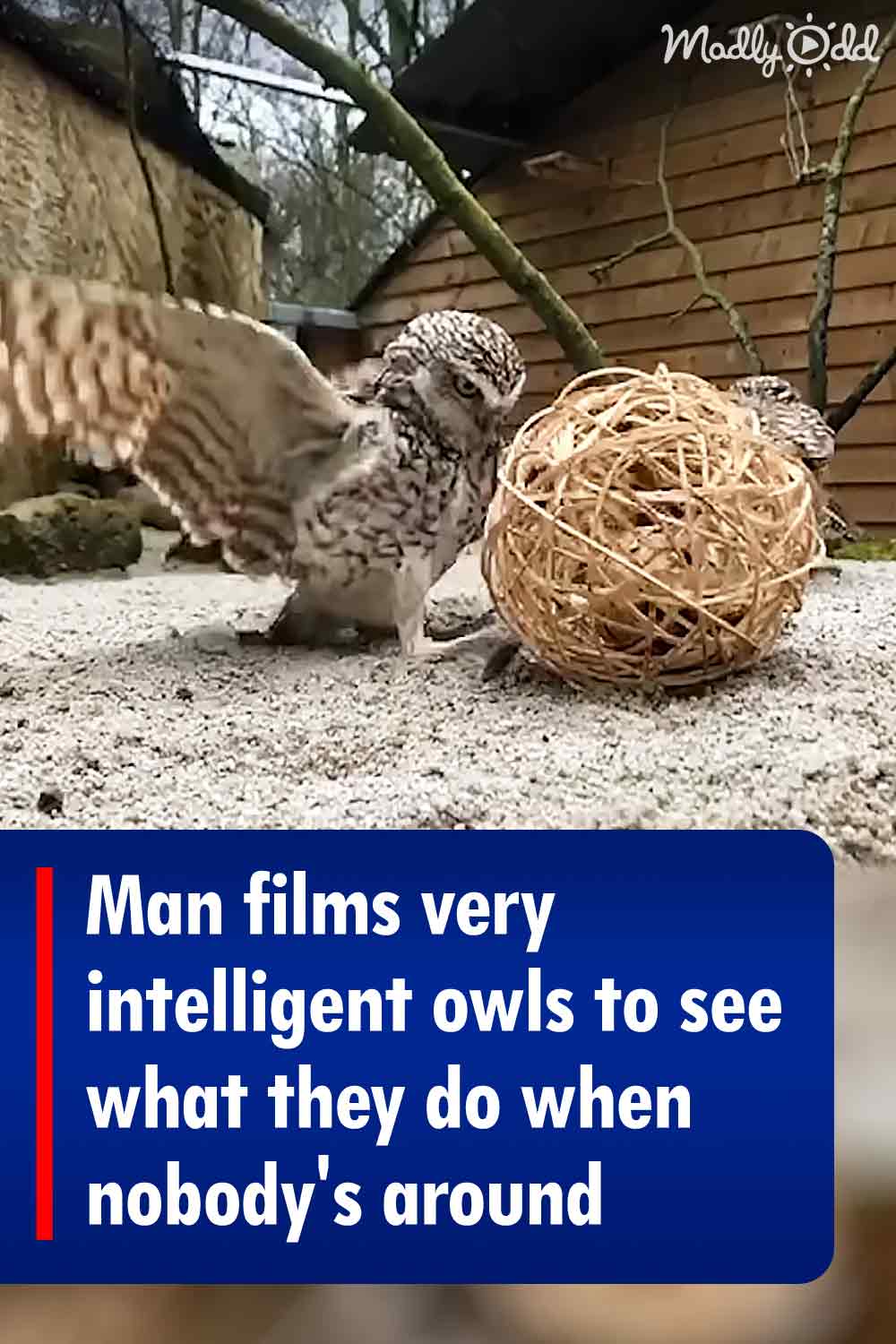