A week ago, a man was picking mushrooms in the woods; he saw a large owl sitting on a dead tree. She wasn’t scared of him, so he walked closer, and he started to pet her, but the man could tell that something was wrong with her. This was not normal behavior for a wild animal. He was concerned. More importantly, he took action.

Ural owls (Strix uralensis) which live in the mature deciduous and mixed forests of Northern Europe.  They live in hollow or broken trees.  Sometimes they make their homes in cavities in the rocks.  In Finland, they create artificial homes for them to help them increase their numbers.

The man carefully wrapped the owl in a shirt and rushed to his veterinarian. The owl showed no resistance; in fact, she appeared grateful.

At the vet, they took X-rays, and it was discovered that the owl had broken both of her wings. The man was utterly shocked.

The vet was also a man of compassion and realized he, too, had to help.  He was generous enough to operate on the poor owl free of charge. What’s more, it turns out the owl is very rare. There are only 600 of them living in the wild.

The happy ending: After four months of healing and recovery, the owl is now comfortably living in her new protected sanctuary where she won’t have to worry about getting hurt again.

Thank goodness this man came by when he did, and God bless him for his kindness and compassion. Owls are beautiful creatures and deserve our sympathy! 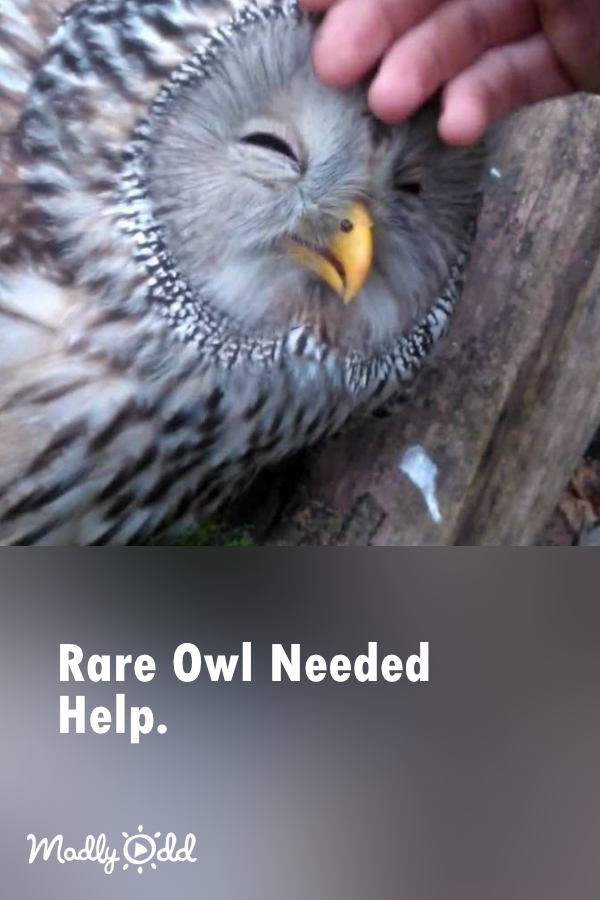