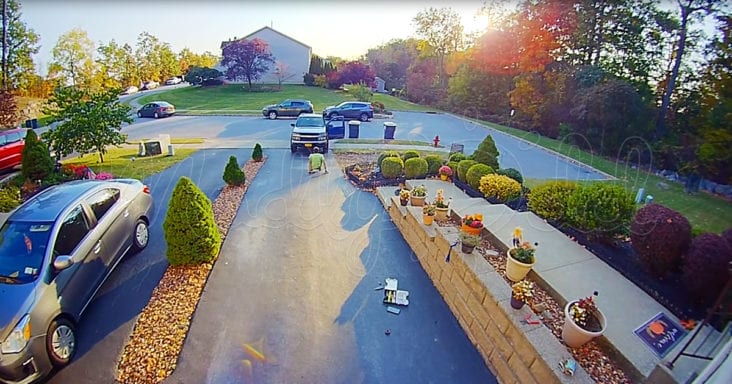 A man was luckily okay after he accidentally bumped his car into neutral while fixing it from underneath. Unfortunately, the car slid down the driveway and did cause some damage.

While fixing his car, a man accidentally knocked the transmission into neutral. He was parked in his sloping driveway and was working underneath the car. And no, the parking brake was not on.

As the car begins sliding down the driveway, the man is carried with it from underneath. You can hear him shout “no!” and scream as he moves with the car. Just as the large vehicle about to drop off the drive, the man makes a lucky and narrow escape.

With his adrenaline pumping, he immediately stands up to walk towards the vehicle. He throws his hands up as he realizes what is about to happen. The car runs into not one, but two, parked cars in the street.

He opens the car door, likely to put the car in park and the brake on before trying to figure out what to do next. He goes up to get his phone and tries to figure out if he should go inside, call someone, or do something with the car.

That’s when viewers can notice the slight limp and pain the main is walking with. It probably came from being dragged down the driveway a short distance. Overall, he appears to be fine, though, as he walks to assess the damage on the other two vehicles. 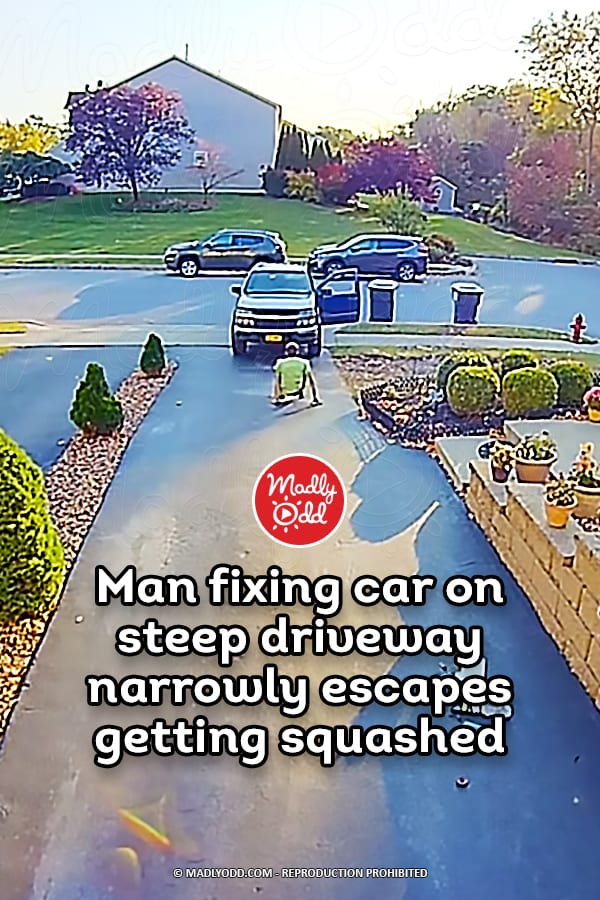