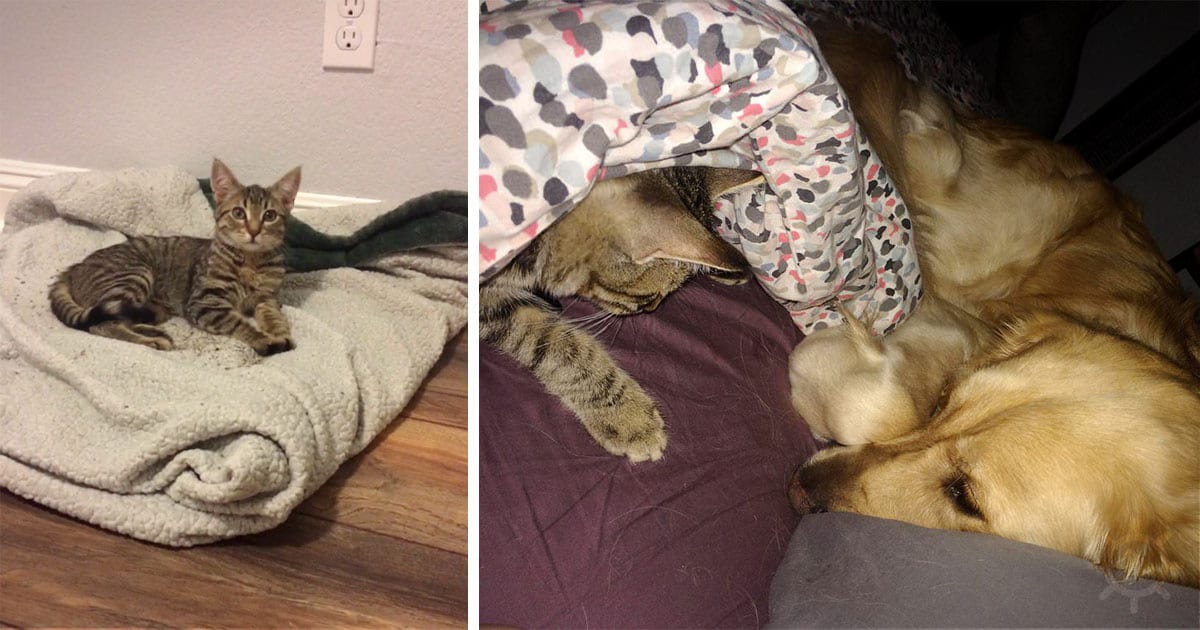 There are people out there who don’t think animals can experience emotions. If you tell them that animals really do know feelings like friendship, love, and grief, these people might look at you like you’re crazy. If they knew more about a dog named Crosby, they’d have to change their tune.

Crosby, a golden retriever, is a candidate for world’s best dog. He’s ultra-loyal to his human family and also to his friends, human and animal. The loss of two of his animal friends over a short period of time hit Crosby hard, leaving him lonely and depressed. According to his human, “About six months ago, he lost his kitty friend, and just over a month ago he lost his best doggo friend that he’s had as a companion since he was eight weeks old.”

Normally when Crosby’s favorite human came home, he’d be waiting there by the door. But one day he wasn’t. It turned out the dog was in a bathroom hanging out with a kitten! “I’ve never seen this kitten before, and although I do have a doggy door, it’s way too high off the ground for this little baby to have snuck in. It seems to me that Crosby must have brought her inside. She has an uncanny resemblance to the kitty friend he lost 6 months ago.” He checked with all the neighbors to see if anyone was missing a kitten. Nope, no missing kittens. 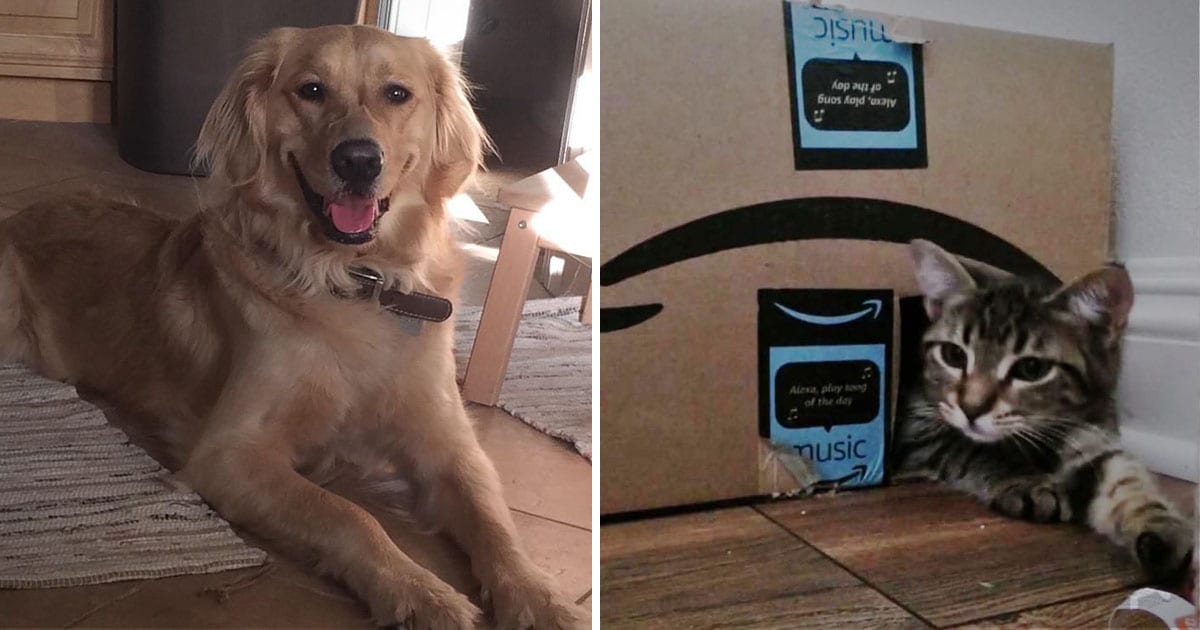 “I took the kitty to the vet to see if she was microchipped, and she isn’t. She was however spayed just a few days ago, and is thought to be about four months old.” Next, he took the kitten to a local shelter, but they already had hundreds of cats and sad they’d probably have to put the kitten down. So there was only one thing to do: keep the kitten. Crosby and his new feline friend are now inseparable!