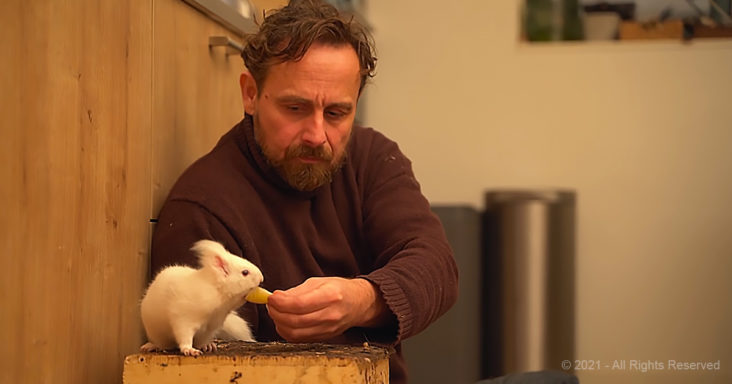 Alwyn Wils has a YouTube channel where he cares for various animals. But his greatest accomplishment could be aiding a blind squirrel in helping her live a normal life.

Alwyn Wils started a channel named ‘A Chick Called Albert’, which highlights his love for animals. In one video, he documents his story with a squirrel he calls ‘Polar’.

Polar is a Japanese white squirrel who is actually blind. Her disability may be a struggle for her, but leave it to Wils to do everything he can to help her live her best life.

Wils made a friend in a squirrel who uses her senses to make her way around obstacles and anyplace she goes inside and outside her cage. But Wils took it upon himself to place polar in an aviary built for little Polar.

For someone who cares this much for animals, Wils deserves a medal. His channel is definitely worth checking out.

As for Polar, she’s loving the fact that she’s got a friend who always has her back. Well done, Alwyn.