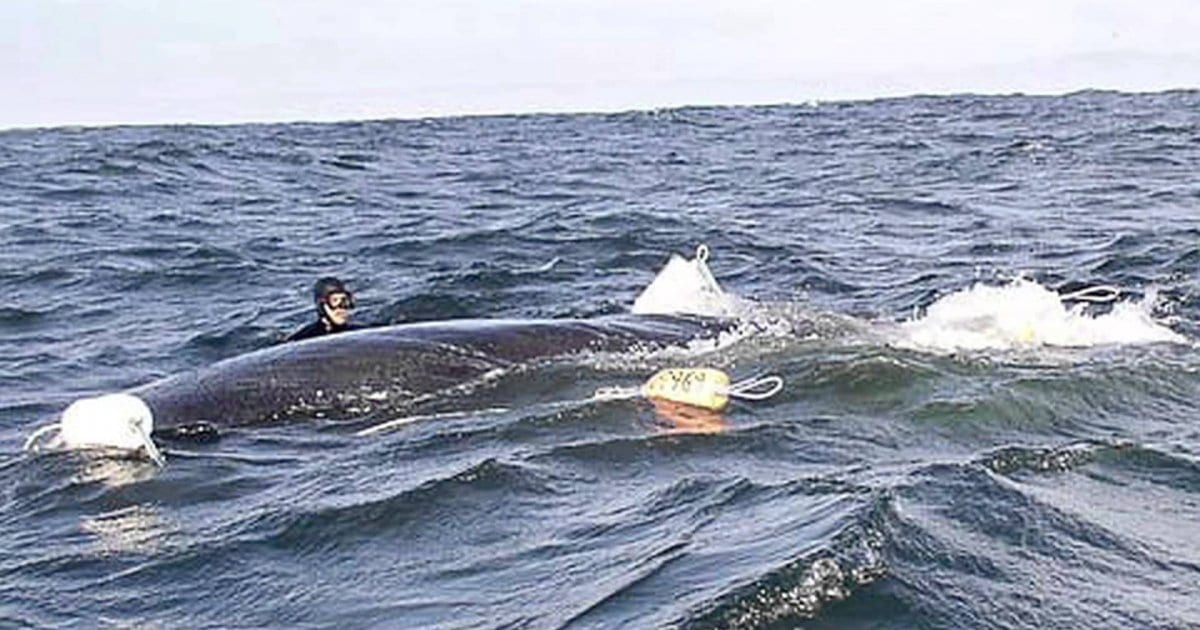 It can be difficult for humans to attempt communications with animals. It can be even worse when we’re trying to explain that we mean no harm and want to help them out. It can be easy for them to assume that we’re a threat, after all. Sometimes, though, the animals manage to understand us and even do their best to show their appreciation. We may not speak the same language as our animal friends, but compassion and love seem to be universal.

Professional diver James Moskito recognized that a whale surfacing by the Farallon Islands off the coast of San Francisco in December of 2005 was trying to tell him something. As he approached the whale, who was repeatedly coming up for air, he realized she was asking him for help. Water-dwelling mammals typically stay beneath the surface for longer periods of time and only come up to catch their breath every once in a while. James swam over to her and noticed her gaze was lingering on the divers, pleading with them to give her the assistance she so desperately needed. 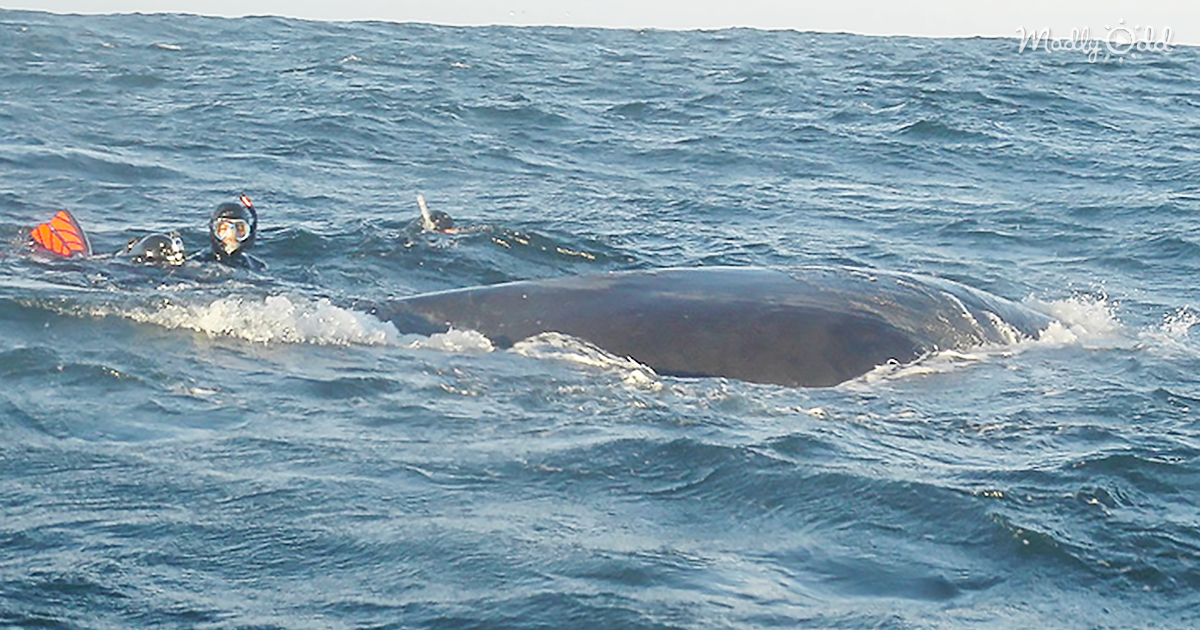 James did what he could to unhook the massive ocean-dweller from the trap she was stuck inside. It took time, skill, and commitment, but he knew he couldn’t leave the whale to die. With a lot of hard work, he was able to free her, and his helpful nature didn’t go unnoticed. In a brilliant turn of events, the whale took the time to say ‘thank you’ to her brave hero.

You won’t believe what the whale did to show her appreciation. You have to see it for yourself! It just goes to show that the connection between humans and animals is stronger than we sometimes realize. 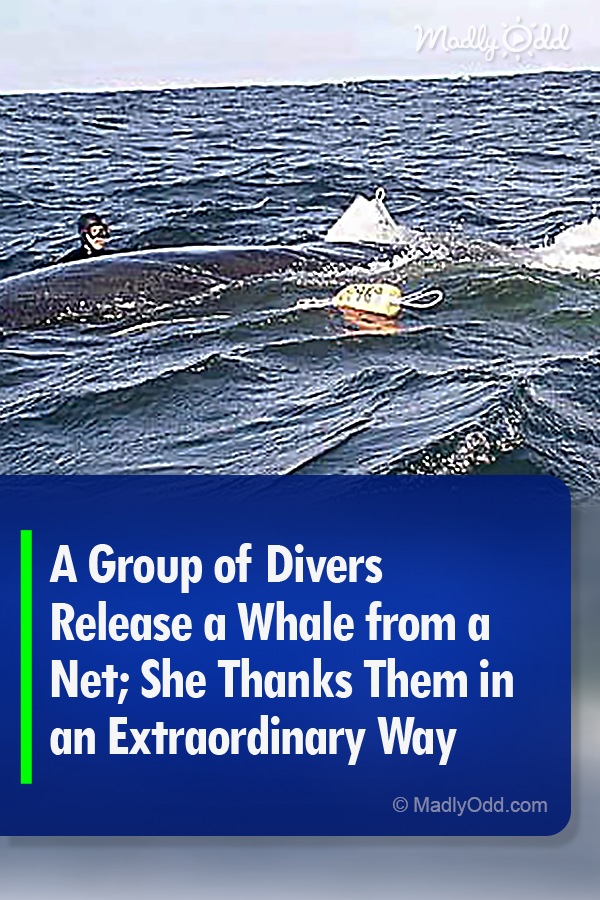