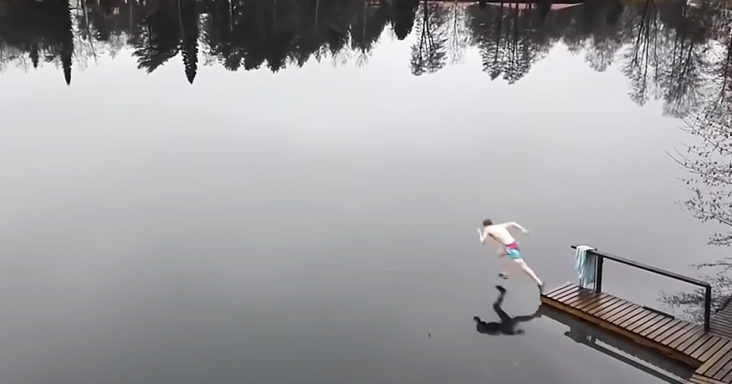 A fascinating video that samples a piece of audio from Daft Punk’s ‘Giorgio by Moroder’ playing to the viral ‘Running on Ice’ meme is taking the internet by storm. The timing is impeccable as the music starts just as the man begins to run on the frozen lake.

Composer and producer Giorgio Moroder has covered thirty years of music, from the first experiments in the 1960s to the opening ceremony of the Olympic Games. He has won three Academy Awards, four Grammy Awards, and four Golden Globes.

The intro was taken from an interview he did with the band for the purpose of using in their nine-minute track. The intro has become a meme template that was used very effectively in this video. 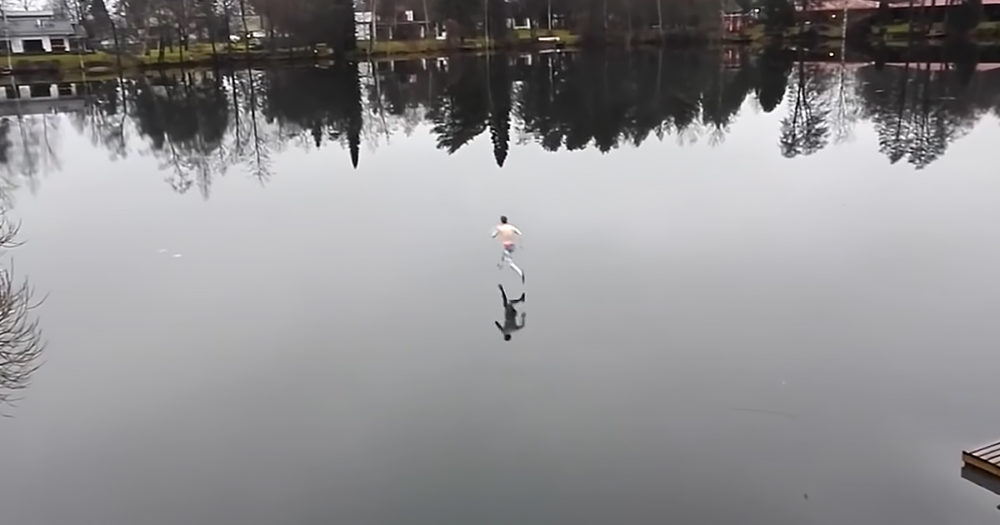 The golden lines from the song were drawn from this speech: “I knew it could be a sound from the future. But I didn’t realize the impact it would have. My name is Giovanni Giorgio, but everyone calls me Giorgio.”

The first known parody of the song was released in 2018 by YouTuber, who combined the music with a clip from Regular Show, garnering more than 53,000 views. It wasn’t till over a year later that the format began to gain popularity.

Here in this video, we hear the parody of the song in the background as we watch a young man standing on what appears to be a lake or river. Then he sprints as soon as the disco part of the parody song starts.

The meme itself is something of an optical illusion, and the intro to this classic Daft Punk song adds so much flair to it.