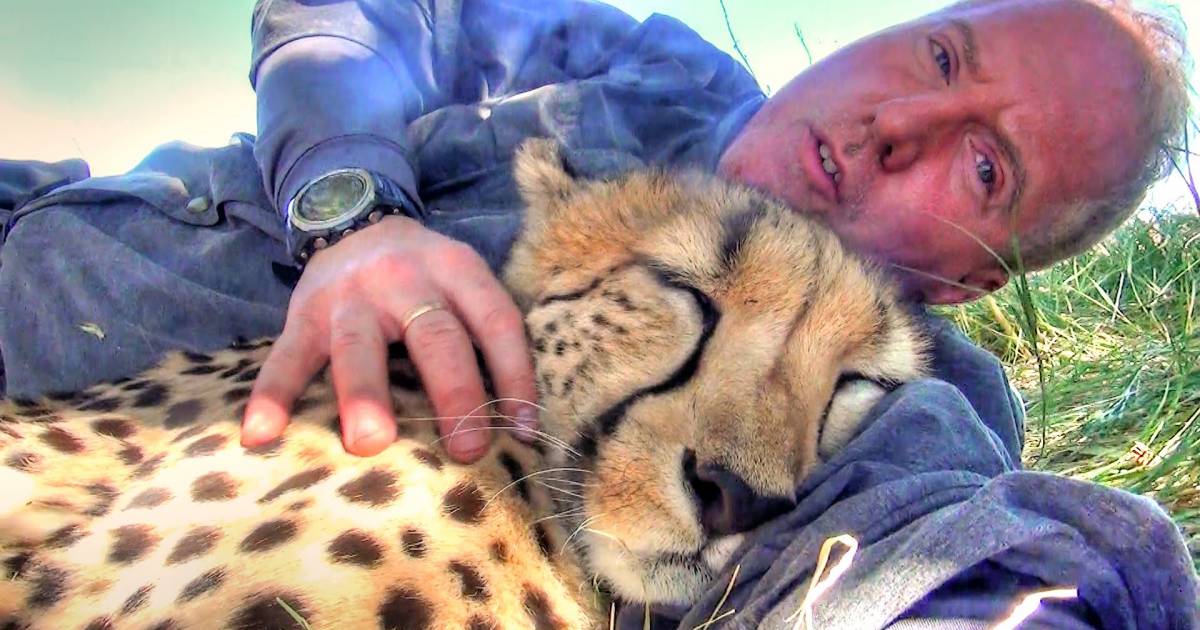 Dolph Volker was in South Africa volunteering at Cheetah Experience, a sanctuary and breeding center that aims to preserve the country’s population of these endangered cats. Cheetahs that are injured or ill are often kept at the sanctuary for a time before being returned to the wild.

The fastest animal on land, a cheetah can go from zero to sixty in only three seconds. You wouldn’t want an angry cheetah chasing after you. That’s not really a concern for people: cheetahs are very shy and normally keep their distance. 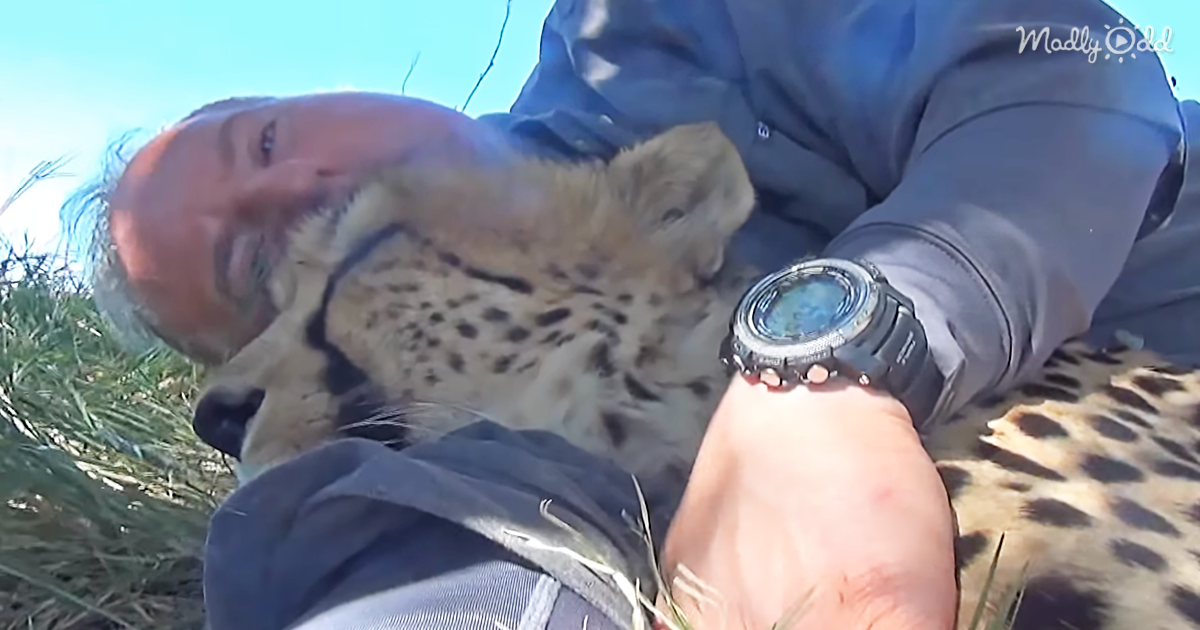 One afternoon, Volker had settled in under a shade tree for a nap when a cheetah-in-residence named Eden decided to get friendly with him. “True to Eden’s nature, she warmed up to me in days and ended up really liking me, so much so that I was able to trust her completely. The more she felt comfortable with me, the more she treated me just like another Cheetah, which included the grooming, nibbling, biting, pacifying, purring, laying on me, and sleeping… cuddling up close to me. I’m amazed how much more interactive and affectionate Cheetahs are compared to the average domesticated cat.”

There’s a video of Volker enjoying his cuddle session with Eden posted below. Like house cats, cheetahs have barbs on their tongues. While Eden gives her human friend’s head some licks, he quips, “There’s nothing pleasant about that. The ear’s also bad. My scalp’s… Numb.” 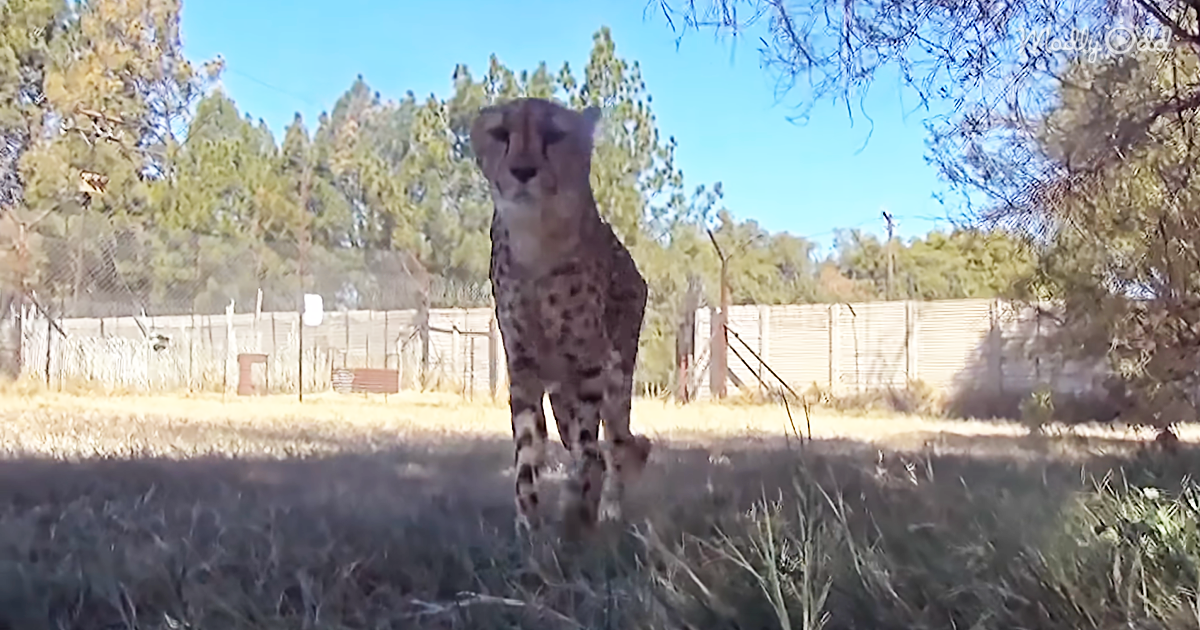 Fortunately, Eden adjusted her licks and bite pressure, so no real harm was done. “Cheetahs LOVE to groom and nibble, and it helps in bonding with them if you let them. It still hurt, and I got slightly bloodied on my face, lips, chin, and ears, but it’s what I allowed to happen in order to bond with her.”

After some more gentle nibbles, Eden finally settled down, curling up next to her new human friend for a nap in the shade. The purring is incredible. How does a nap with a cheetah sound to you? Personally, I am leaving that off my bucket list. 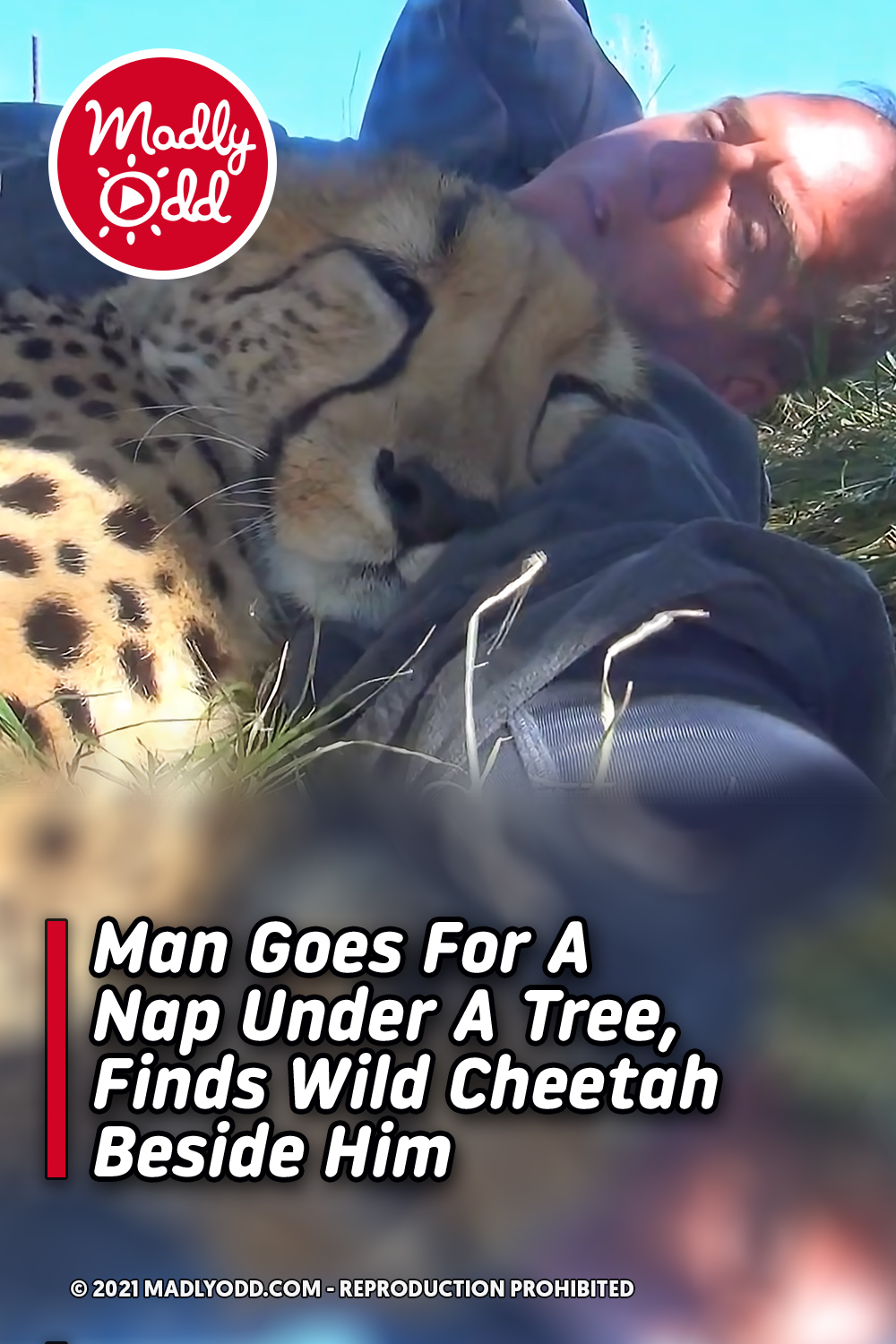