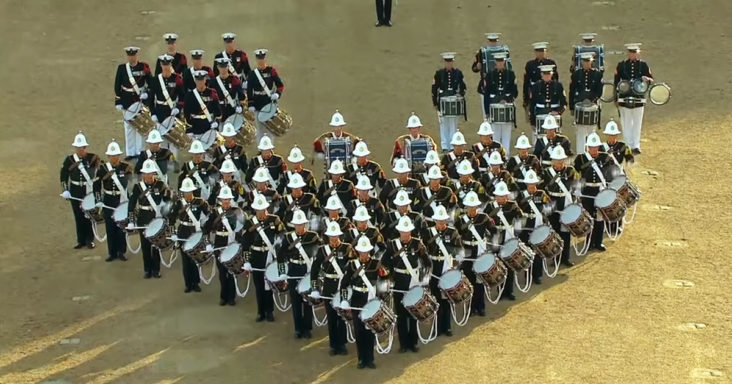 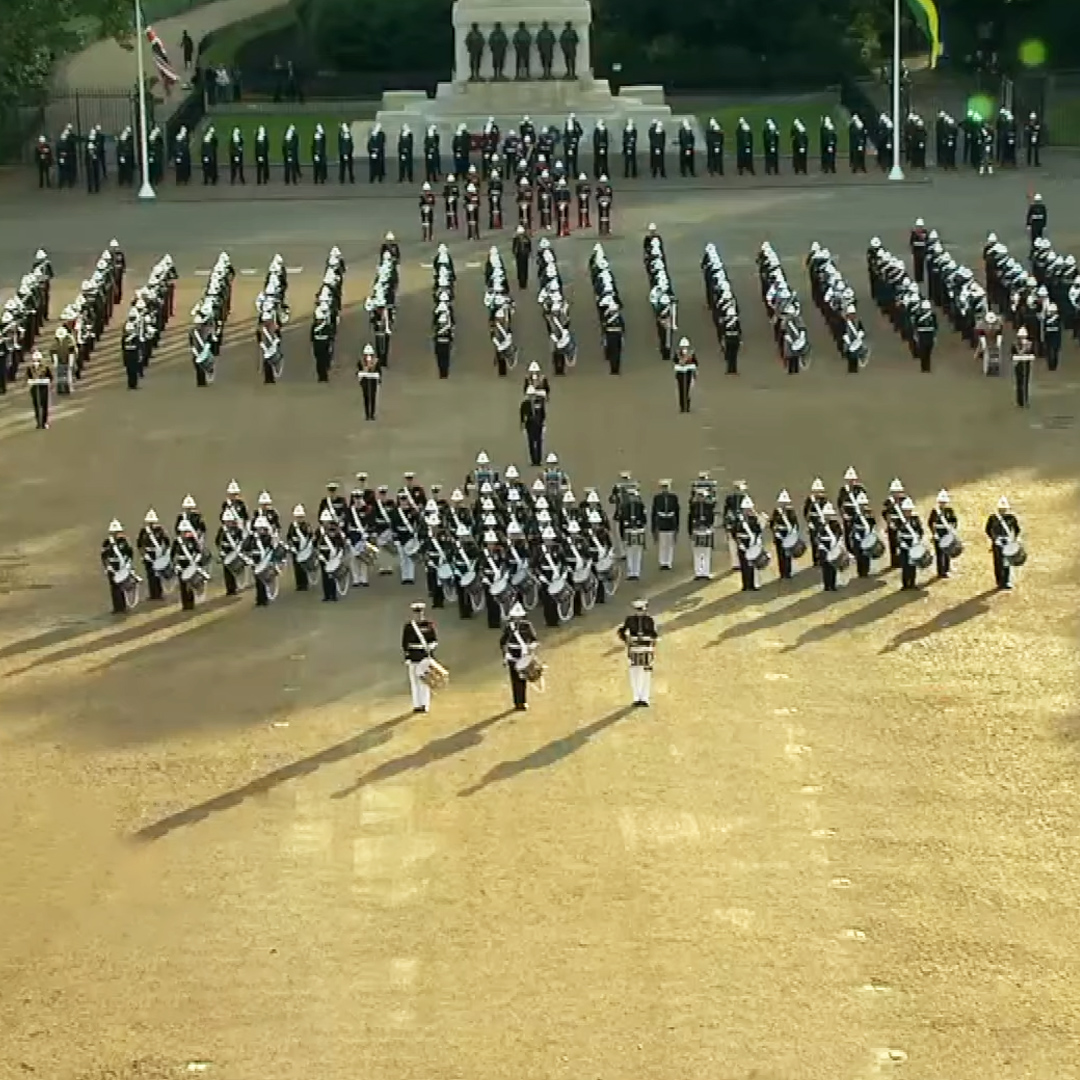 It was a bright sunny day, and the band was also surrounded by green grass and tall trees. They stood on a clear and empty field wearing clean, sharp uniforms.

The band members had white hats and white pants, and they all stood with militaristic posture. They began to play with perfect precision and marched in unison. 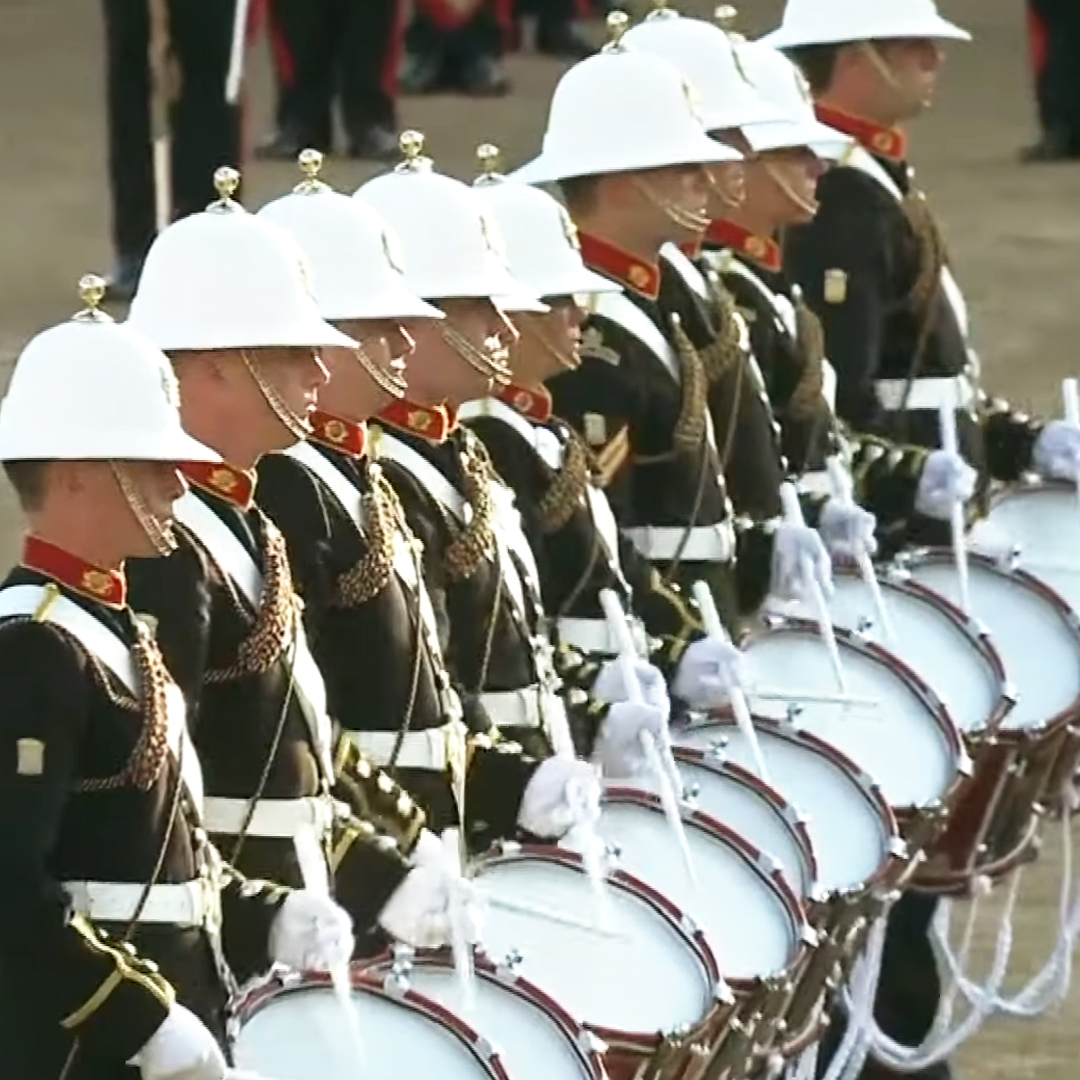 Dozens of them stood in formation and the musicians played with no expression except utter focus. Their hands moved together in time with each other, and not a single motion was out of place.

Every step, turn, and movement was perfectly practiced and executed. The band played with unbelievable coordination, and the band was a well-oiled machine performing at its best capacity. 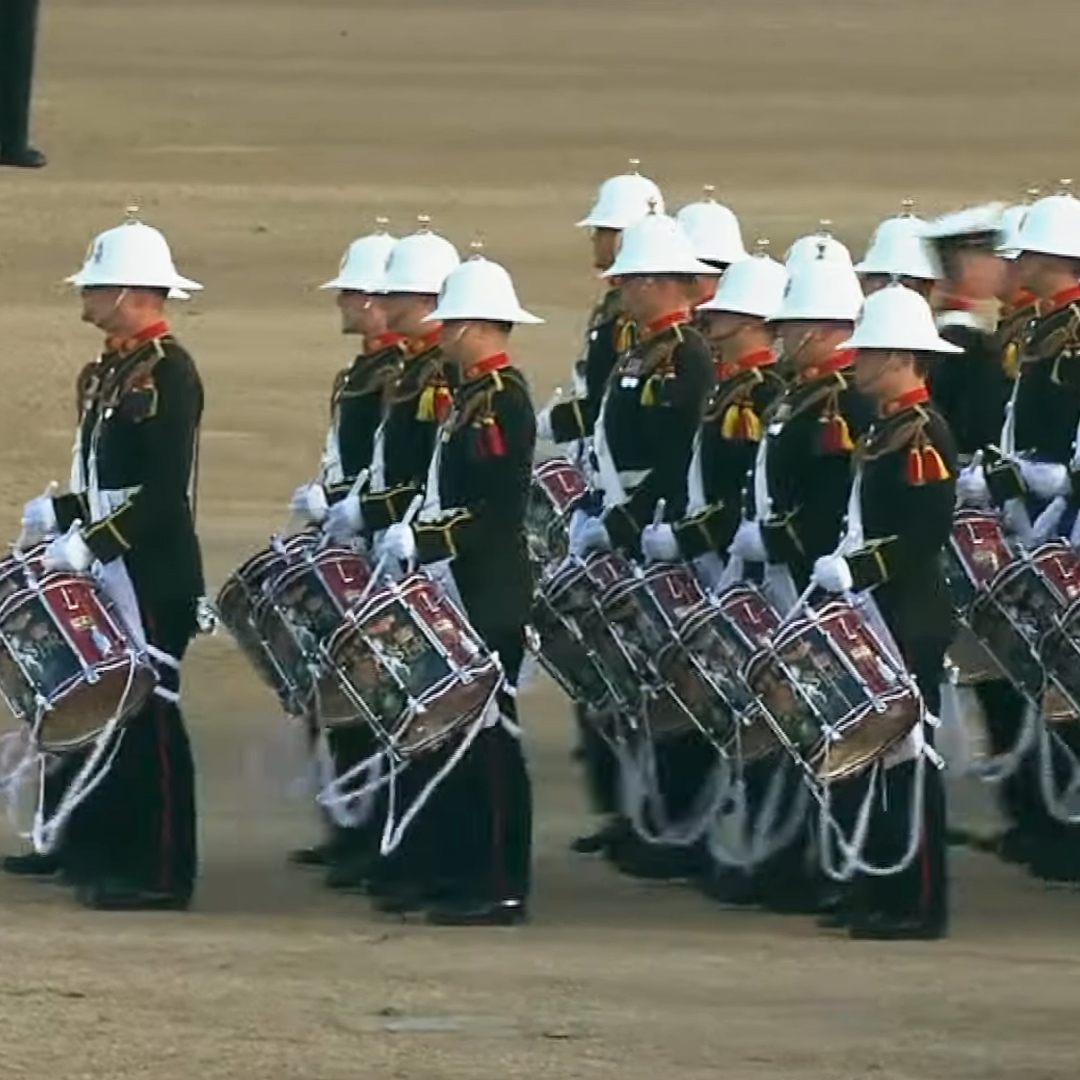 During the performance, they shifted formations several times. Their transitions were so smooth and impressive. If there was a mistake made, it was barely even noticeable. The sound of drums was exciting and electrifying.

The band finished their performance lifting their hands in the air in unison. They remained unbelievably stoic as the crowd cheered, and their applause filled the open air. 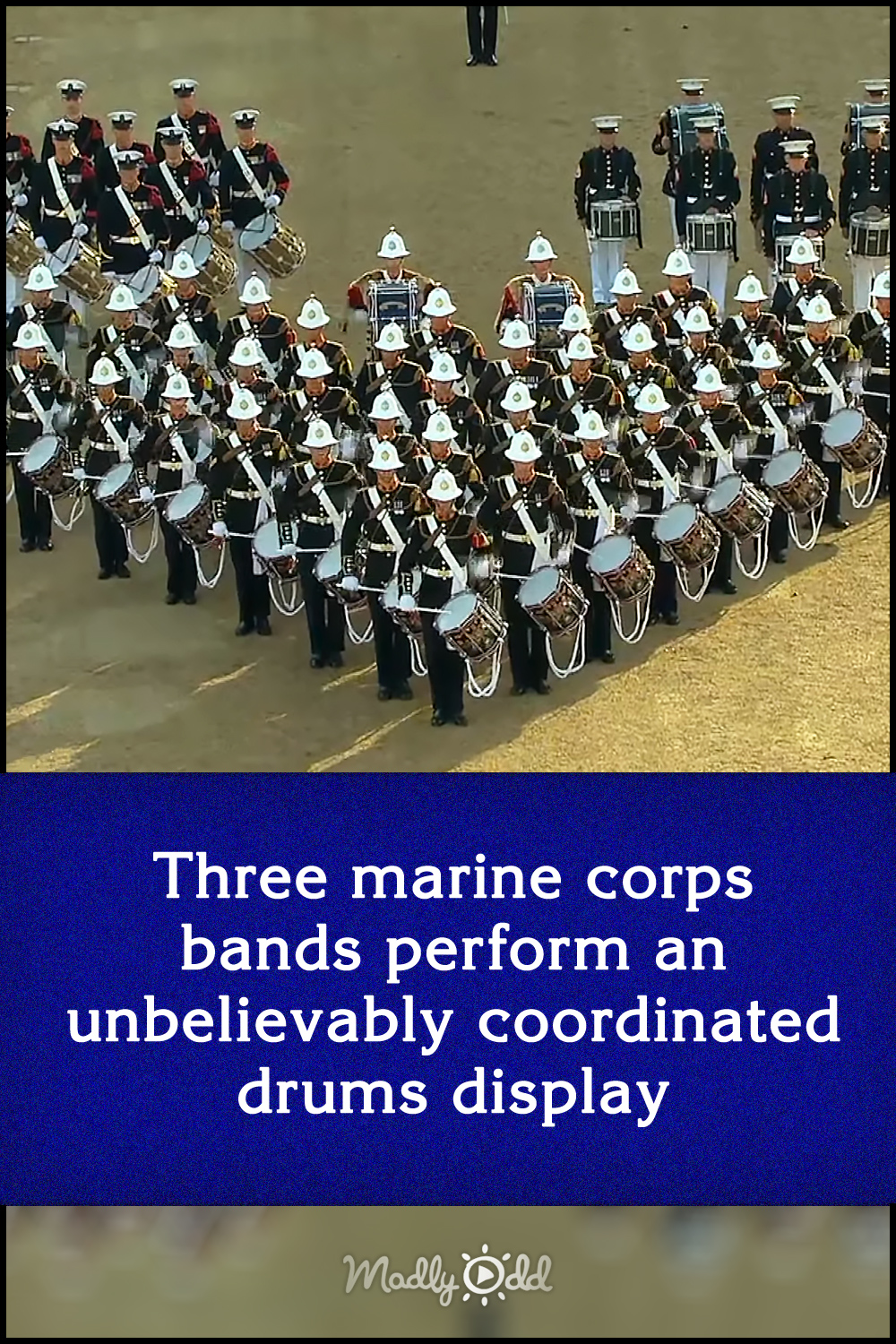