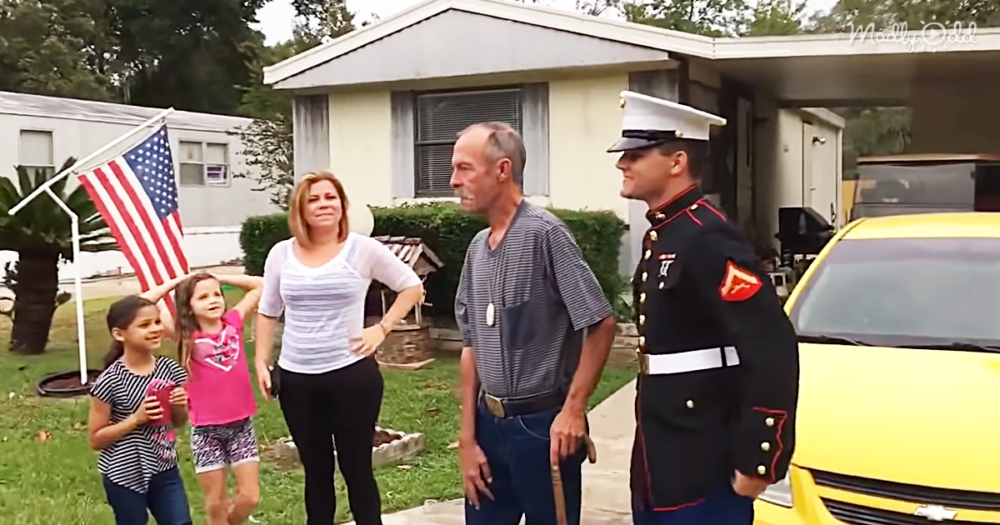 The United States Marine Corps has had a long and storied history since its founding way back in 1775. Originally infantry carried by warships, the Marines have evolved into a world-famous elite force. Becoming a Marine requires rigorous training and an intense sense of camaraderie: “Marine” is very much a title that’s earned. Members of the Marine Corps are a breed apart, hence the saying, “Once a Marine, always a Marine.”

Christian Anderson had just become a full-fledged member of the United States Marine Corps. His grandfather Jeffrey Anderson, Sr. had been in the Corps himself, though he was now retired and coping with a disability. Once a Marine, always a Marine: granddad still wears his dog tags. 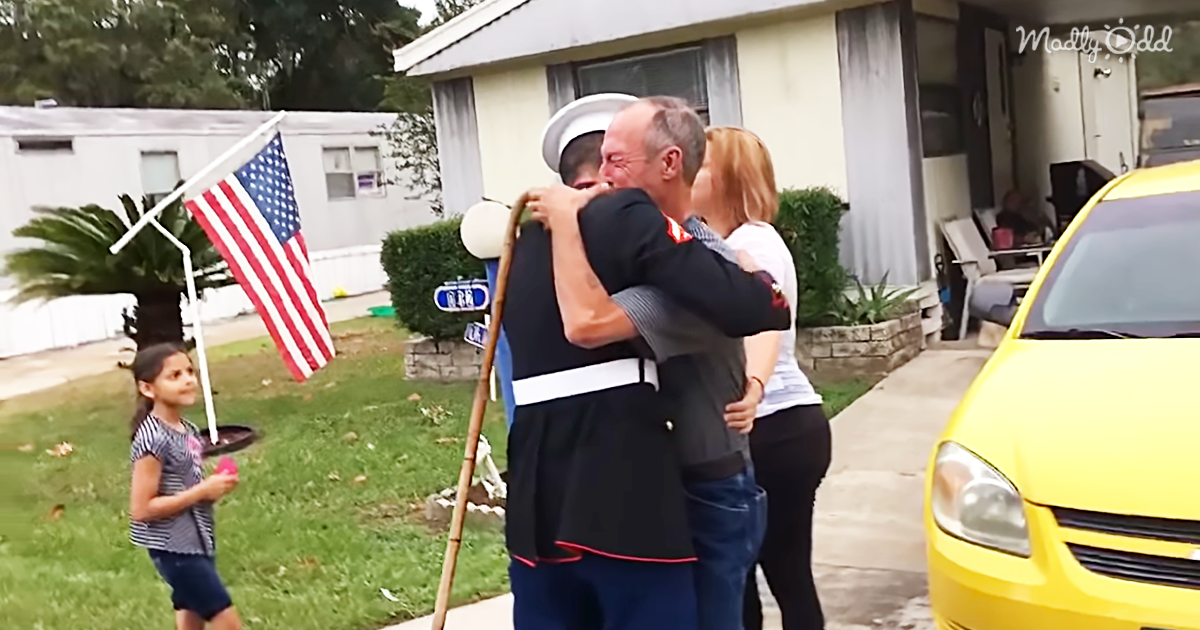 Jeffrey wasn’t able to attend his grandson’s Marine Corps graduation. In fact, he hadn’t seen his grandson in nearly two years and had never seen him in uniform. The family decided to give Jeffrey a big surprise for his birthday. Even with a cane, he has considerable difficulty walking, but as you’ll see in the video posted below, they’ve lured him outside.

Christian, resplendent in his Marine Corps uniform, quietly comes out of hiding and stands behind his grandfather. A suspicious-looking Jeffrey then turns around and sees his grandson. You’ve got to see the expression on his face. A deeply moved grandfather then gives his grandson a long embrace.

This heartwarming moment serves as a reminder of how members of the armed forces often have to spend a lot of time away from family and loved ones, serving in far-away places under difficult and sometimes hazardous conditions. For their families, it’s hard enough being separated from their loved one, but it’s downright nerve-wracking worrying about their safety. 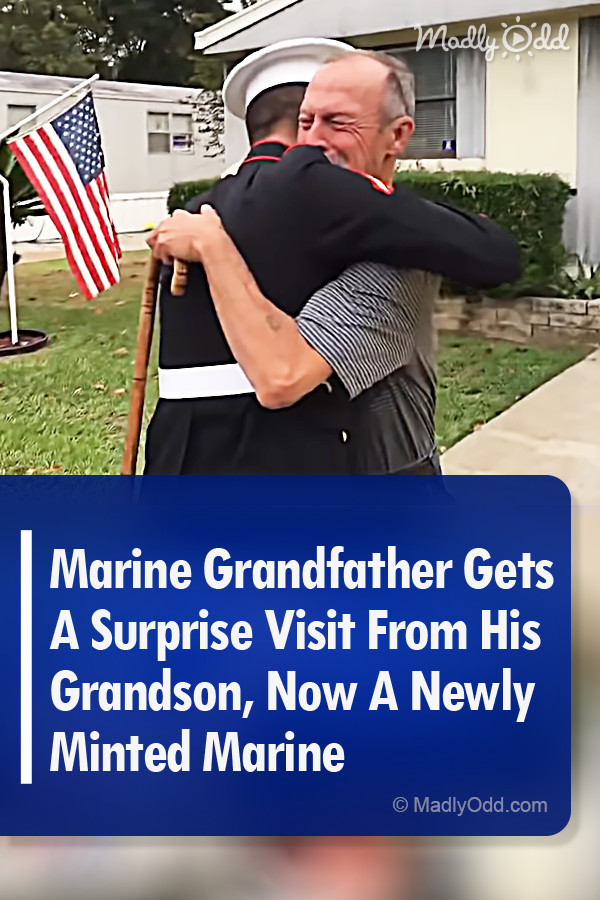