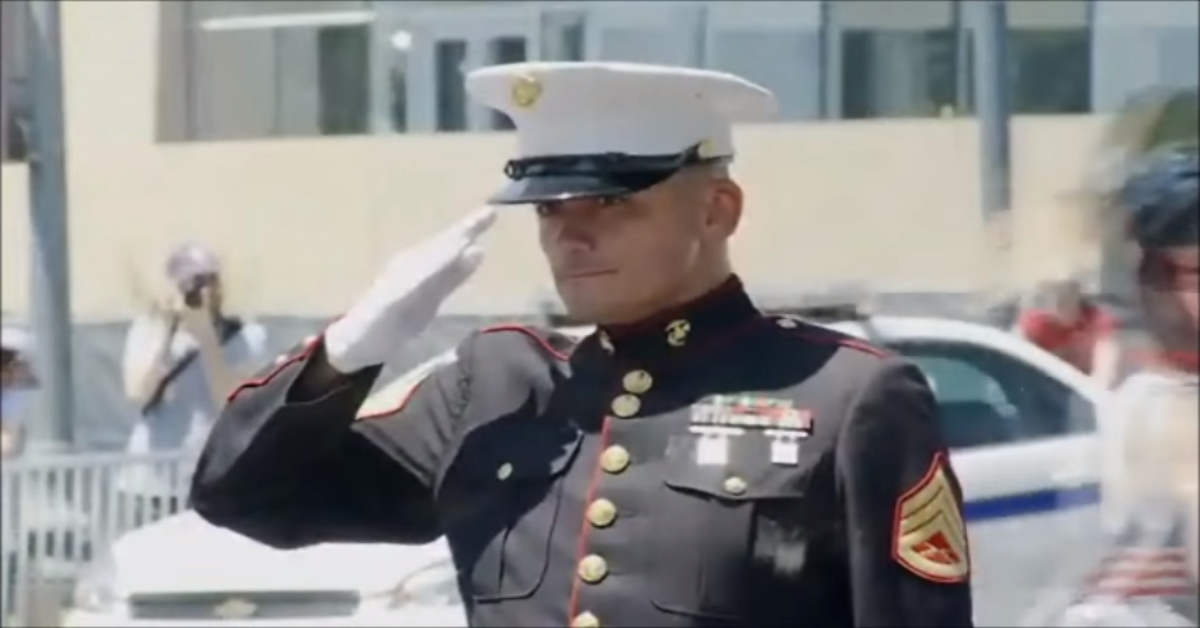 We honor those who sacrificed their lives for this country in many ways. Some may go to cemeteries to leave flowers at their gravesites. Others may donate money to go to veterans’ causes. Then there are those who are on active duty. They honor the fallen just by putting on the uniform, but there are some who like to take it a step further like this man that is in this video.

We see Staff Sergeant Tim Chambers standing in the middle of the street during the “Rolling Thunder” parade. This is where thousands of motorcyclists ride slowly down the streets of Washington, D.C. to raise awareness of MIA soldiers. 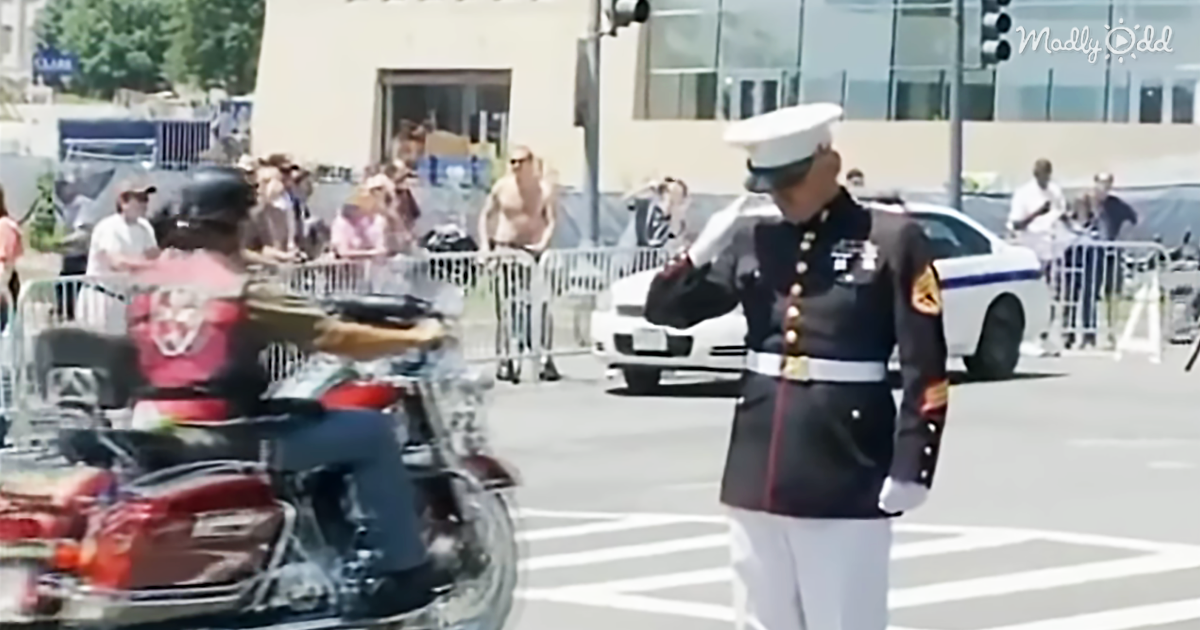 Chambers is holding a salute throughout the entirety of the parade as the motorcycles pass by him. He lets out an occasional “HOOAH” to a motorcyclist but stays quiet for the most part.

His name is America, and his name stands for discipline for those that think they can follow. He ‘isn’t doing this for fame or for popularity but ‘he’s showing respect to our fallen from all branches.

Like any other Marine, they ‘don’t do it for the fame, ‘it’s not about them, it always has been about the American people. 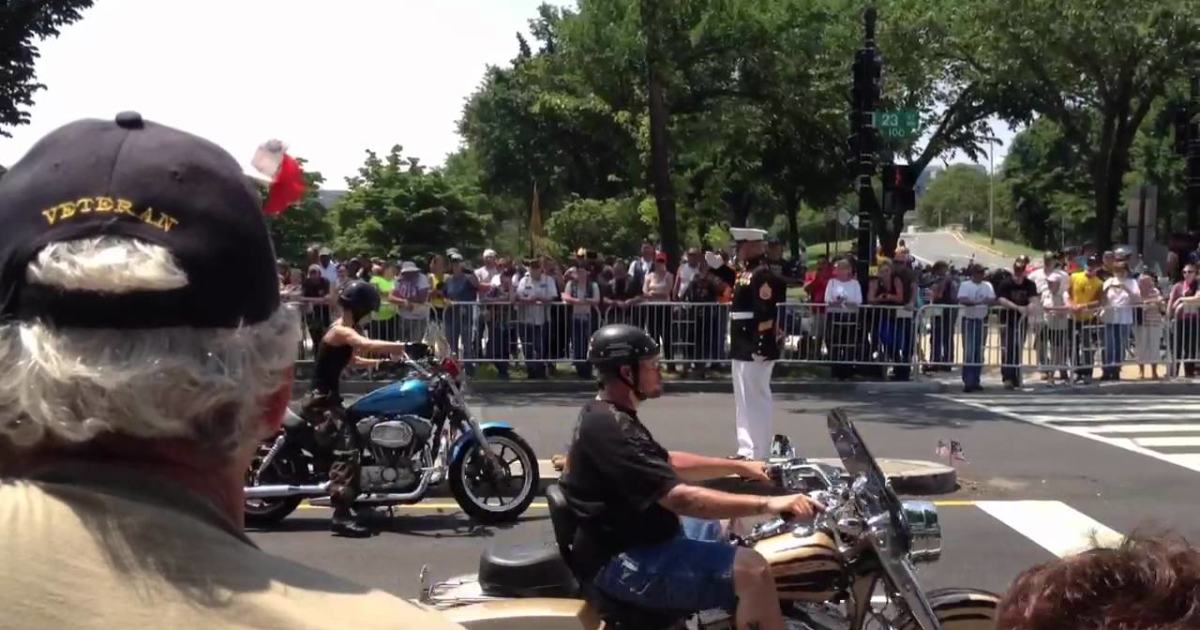 There’s dedication at it best! Take a look at what happens next when a marine staff takes position during a parade. Wasn’t this an inspiring video? I was amazed at ‘Chambers’ ability to stand there with all those motorcycles going by him.