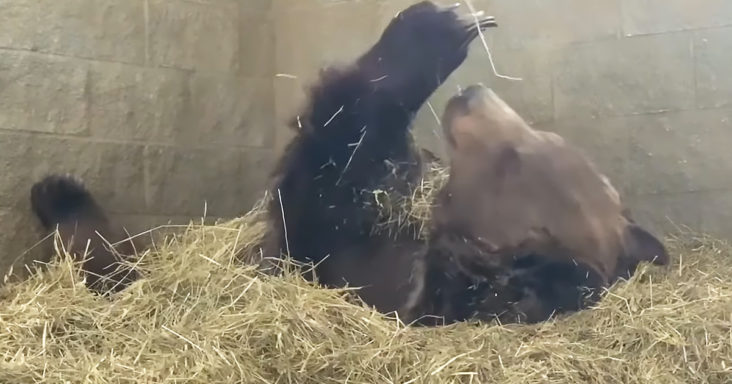 The Orphaned Wildlife Center, located in Otisville, New York, is run by Susan and Jim Kowalczik. Their mission is to rescue, rehabilitate, and release wildlife in need, especially large bears. 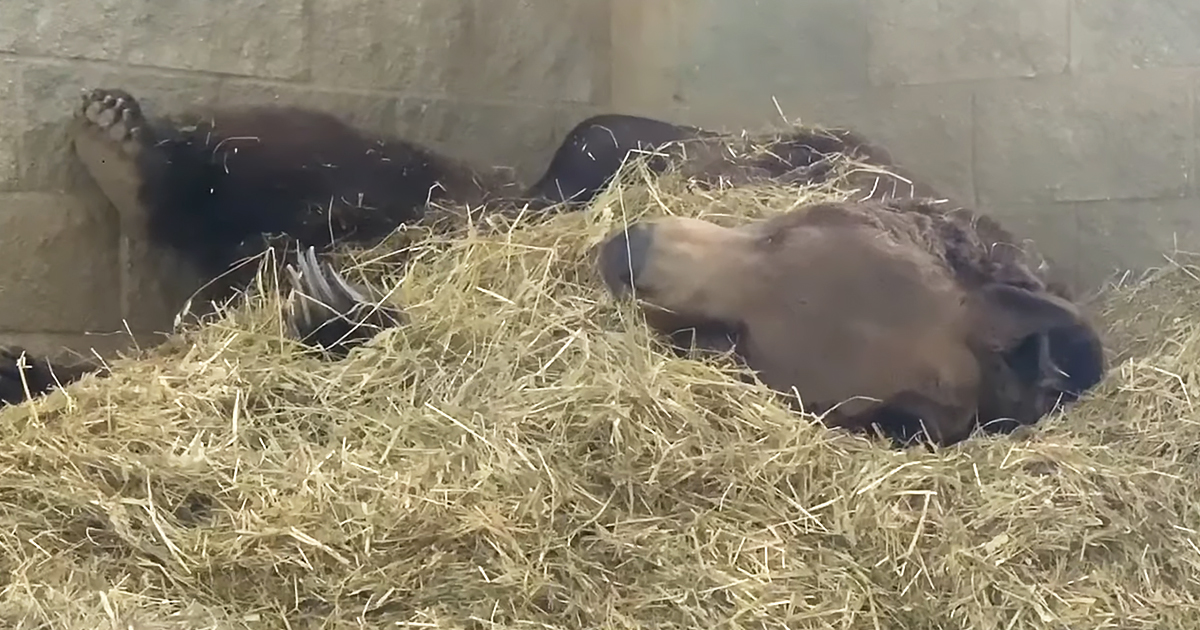 Leo is one of the bears in residence. He is a Syrian brown bear who weighs almost 900 pounds! As you can see in the video, he can be lazy and playful at the same time.

During the winter, bears typically hibernate by sleeping in warm dens or caves to ride out the cold weather. Since Leo is not in nature, he snuggles up in his comfy straw bed within an enclosure. 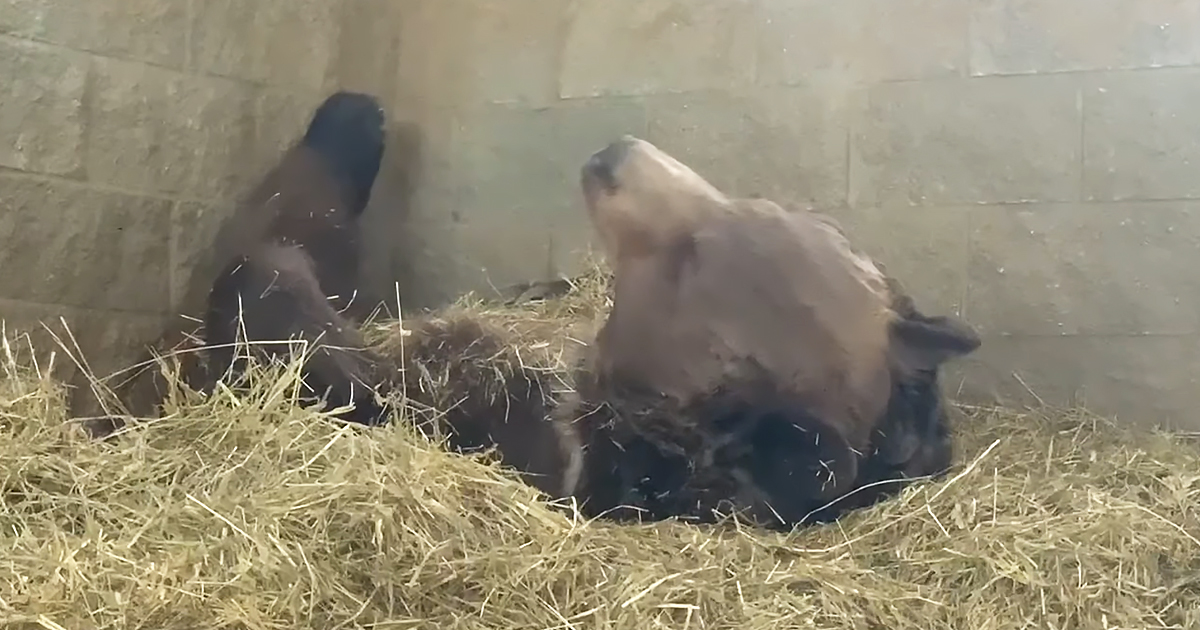 He’s so sleepy as he curls up in the warm straw, which tickles his nose. He brings a massive paw to his face to pluck the stray straw buts out of his mouth.

Instead of going back to sleep, he lays on his back and plays with the straw, thoughtfully chewing on it like a toy. He stretches his great legs and places his giant front paws on the wall. 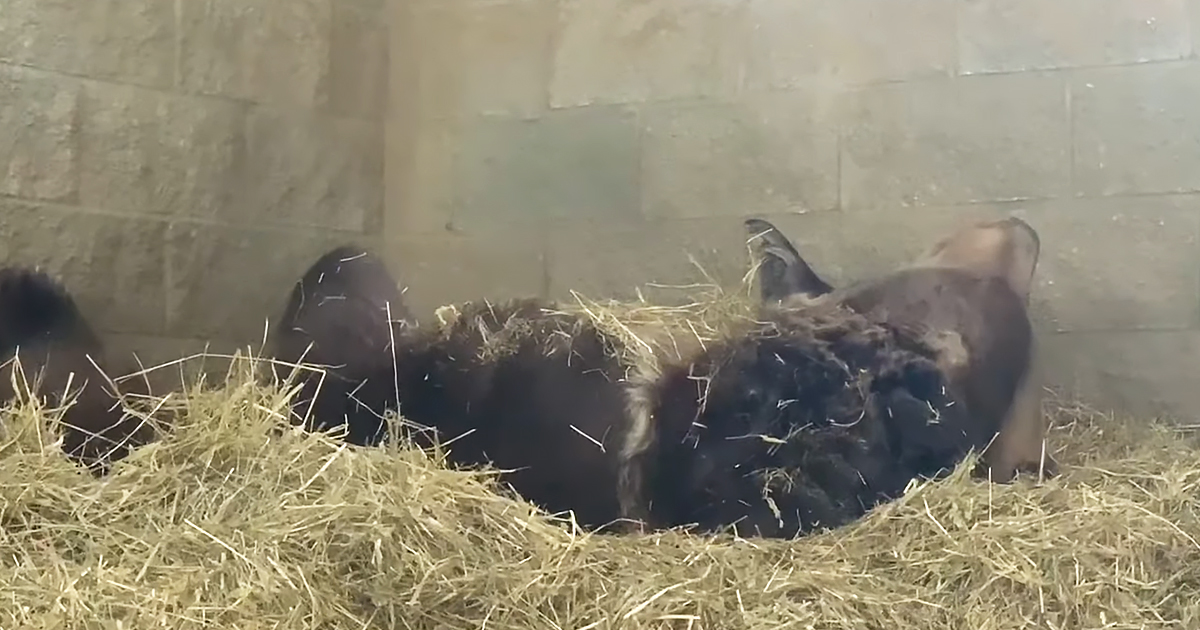 His drowsy but playful demeanor is so adorable. You just want to snuggle up with him! It’s hard to remember he’s a powerful wild animal and not just a great big cuddly teddy bear!

Leo’s life in captivity allows him to be well cared for. Susan and Jim do a fantastic job looking after these bears. It’s so wonderful to see the fruits of these labors of love!