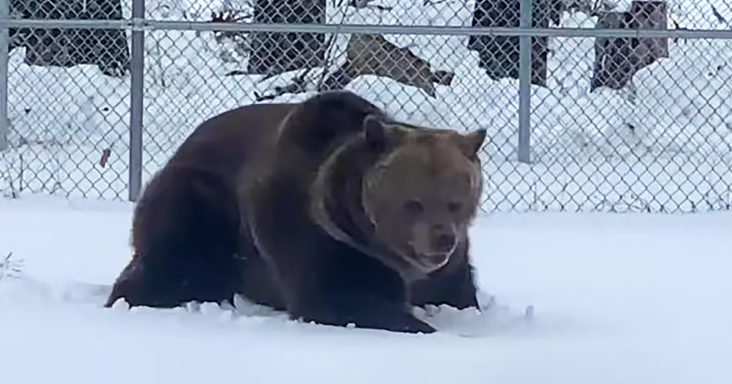 Though many bears hibernate during the winter, Randy seems to have missed the memo to avoid drastic cold weather. Instead of sleeping the winter away, Randy is ready to enjoy the freezing temperatures and glorious snow. 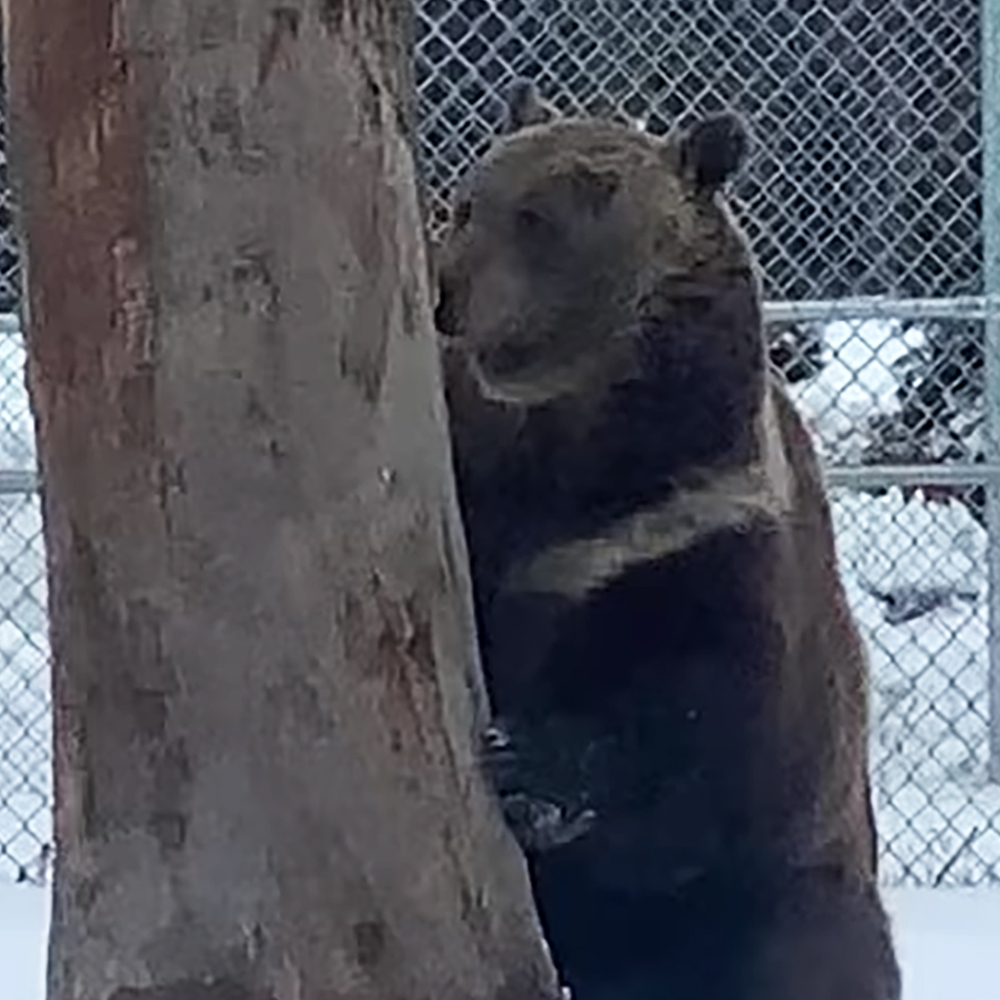 In this video by the Orphaned Wildlife Center in Otisville, New York, a grizzly bear named Randy enjoys a fabulous snow day. He’s not interested in hibernating–at least not today.

Randy is deep in the snow, and after messing around with a tree trunk, the Grizzly just plops himself in the cold white stuff. Perhaps the icy layer feels good on his thick fur coat. 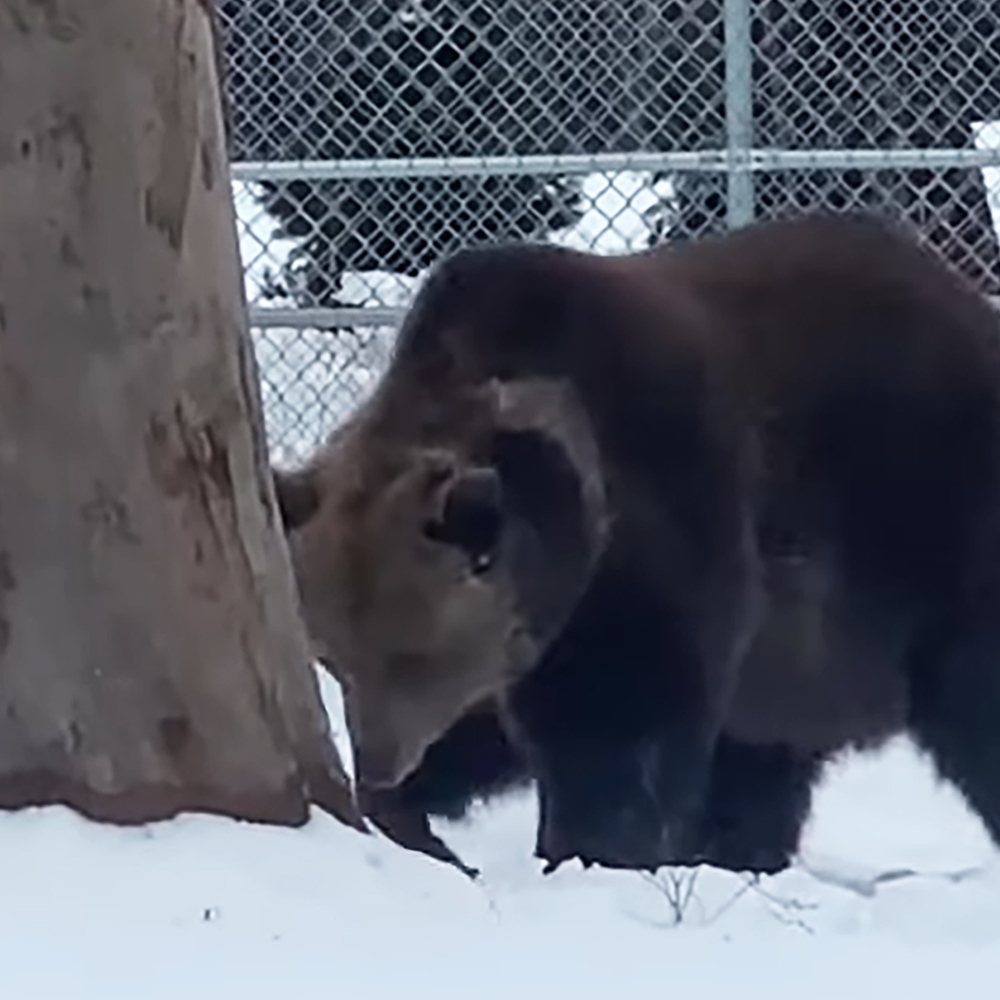 The Orphaned Wildlife Center shelters orphaned animals to return them to the wild. The organization believes that critical survival skills are passed on to babies from their mothers. They only take in animals who are missing their parents. 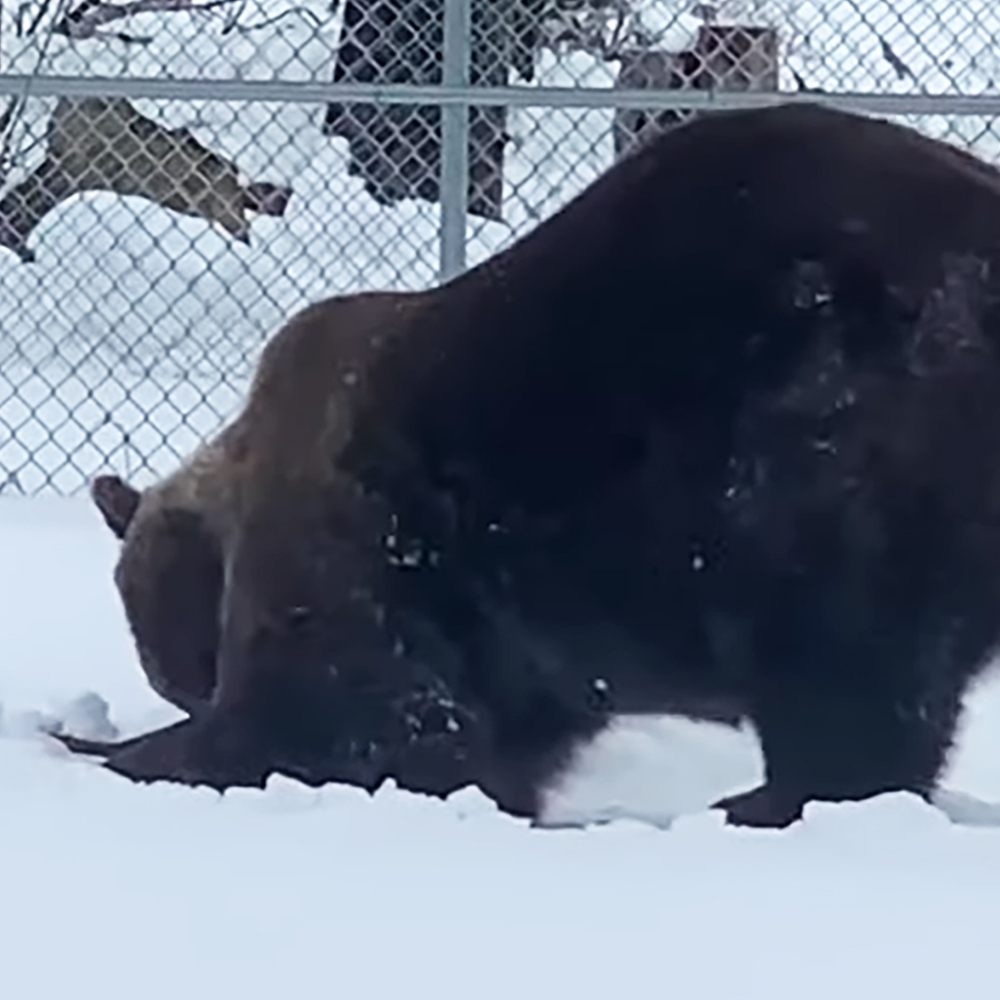 The Center was founded by Susan Kowalczik and her husband, Jim. The couple strives to provide a safe, open environment for their rescued animals. Randy is one of their many bears on location.

Perhaps Randy’s status in the Wildlife Center causes him not to feel the need to hibernate. His excitement in the snow is reminiscent of children who’ve prayed all week for just one snow day.