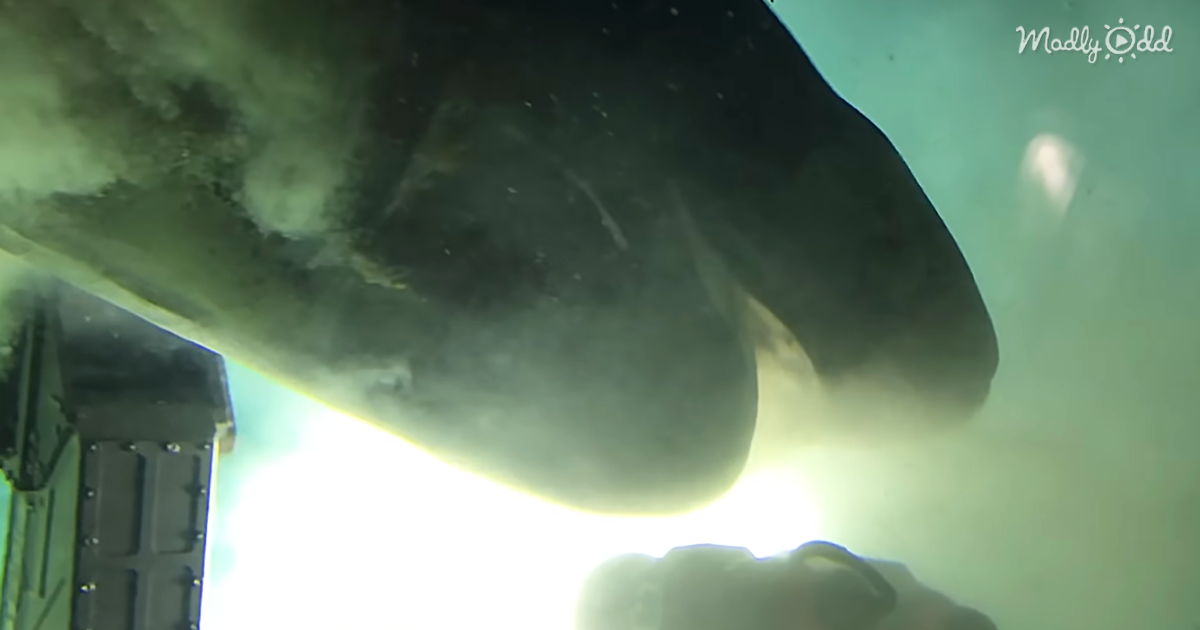 Scientists get up close and personal with a deep-sea shark larger than their submarine. Watch as she snaps her jaws at their vehicle, sizing it up for a snack.

In the waters off Cape Eleuthera in the Bahamas, the OceanX team was searching for a deep-sea shark few have ever laid eyes on. They met a giant female during a close encounter of the undersea kind.

The shark is called a Blunt-Nose Sixgill, and its species dates back to the age of the dinosaurs. Although the scientists weren’t able to tag the animal, they were able to experience having a shark nose their sub and stare them down, which is infinitely cooler.