A statement like “We’re underwater on the third floor” is something that you don’t want to hear when sailing on a cruise ship, yet for one group of travelers that’s exactly what happened. Passengers and crew on board the “Anthem of the Seas” got a little more than they had imagined when the ship was hit by a storm carrying winds of up to 120MPH.

A sunny day on the deck was planned for our intrepid adventures, but instead they got a day indoors that they would like to forget forever. It is hard to imagine, let alone experience, how the sea can be so powerful. 30 foot waves crashing into the side of any vessel is scary, but when you are on the third floor and your window is underwater, it is time to think about your means of transport for future travels.

Now before you get too worried, most experts will tell you that encountering this type of storm on a cruise ship is incredibly rare. “Harry Bolton” captain of the “Golden Bear” a training ship from the “California Maritime Academy” stated, “I guarantee you’re never going to be in those kind of waves. Cruise lines don’t want to endanger their passengers and avoid bad weather like the plague,” so this should put a little bit of confidence back into any thoughts of sailing again.

The ship was listing at up to 20 degrees, making getting around very difficult, but the truth is that these vessels are very safe and are designed to withstand such weather conditions. You are more likely to be injured by moving furniture or luggage than drowning, these types of liners can right themselves without any problems.

The incredibly scary video below shows our fearless passengers in their cabin riding out the storm. One is heard to say “We’re just staying in one place, hoping to stay alive” You can see the water completely covering the cabin window as a massive wave crashes against the side of the ship. At another point one of the travelers is seen walking down a corridor on what appears to be a very precarious angle. Even the elevator shaft was drenched from the ensuing waves.

The storm passed, as all storms do, and the passengers resumed their holiday, probably knowing that they had experienced and survived an incredible show of force from Mother Nature herself. We should never take the might of the oceans for granted. Maybe a bit of fear is good for us, just maybe it brings back some respect for the ocean, and after all it is, as some believe, where all life started.

I’m sure that once all things were back to normal the drink cards would have taken some punishment as the stories of survival would have been being told all over the ship, If only the theme to “The Love Boat” was being played in the background. A titanic adventure for all on board. 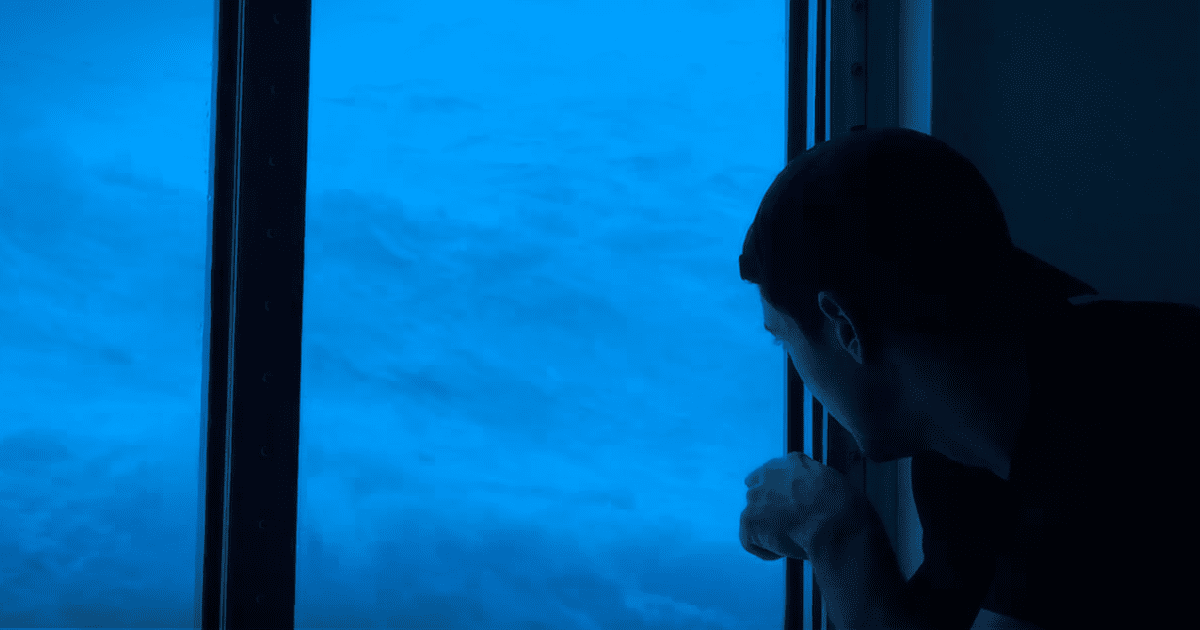