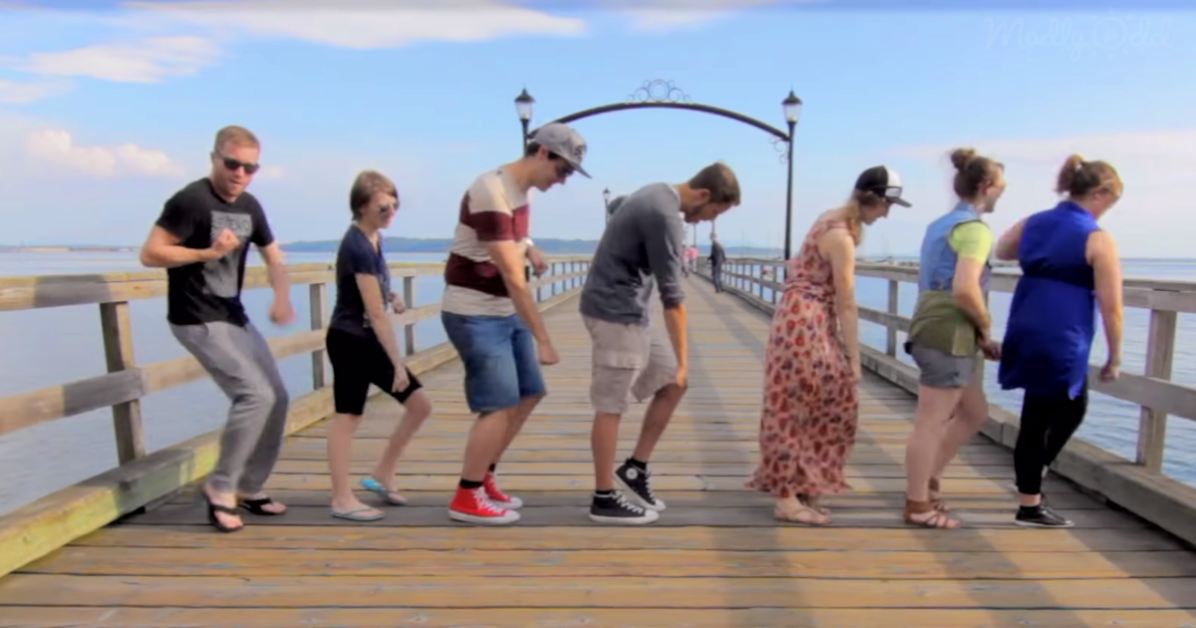 You can’t help but want to dance along with this video.  There’s just something about it that is contagious and makes you want to move.  It has been said that music rises above cultural, social, and regional barriers and brings people together nothing else can.

Matt Bray decided to test this theory using the song “Gone” by JR JR.  He planned a huge road trip – 10,000 miles!  Along the way, he videotaped himself meeting 100 different people as he taught them a dance routine. 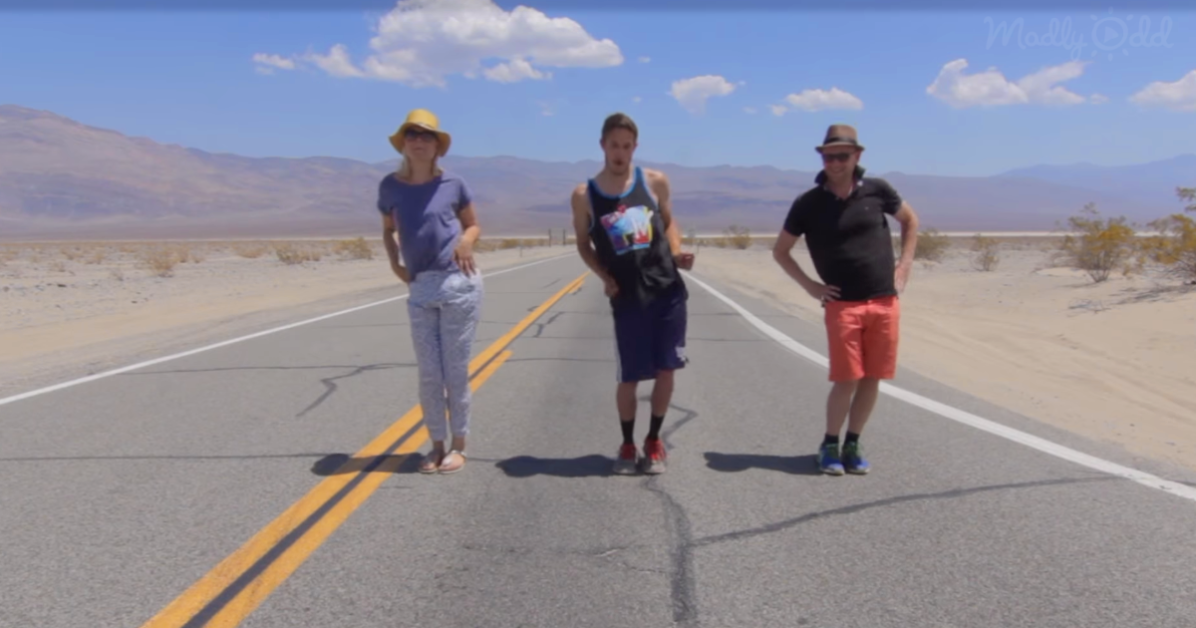 At the end of his journey, he spliced and compiled all of his encounters together.  The result will be sure to bring a smile to your face and get you moving along to the music.

Matt began his test in his own home and took it outside.  Dancing solo was a bit loney, so when he bumped into a couple at a park, he asked them to join him.  They were up for learning a few fun moves, and it just took off from there.

To keep things interesting, there are a few people wearing fun costumes along the way, too.  A bear with a crown makes several appearances.  See if you can spot him. You’ll also see the Joker with a chainsaw, a bird, and a bride. (Hopefully she didn’t miss her wedding because she was too busy dancing!)

He traveled to well-known cities, small towns, suburbs, parks, deserts, beaches, apartments, houses, and hotels.  Matt even danced with someone on a giant chess board!  See if you can identify some of the famous landmarks shown behind the dancers.  Some that you’ll be sure to see are the Golden Gate Bridge, the Cloud Gate, and Times Square.

Some of the strangers were better at the routine than others, of course, but each of them left with a smile on their face. People of all genders, races, ages, and physical abilities took part and danced along.  Music was something they all had in common.

If you enjoyed Matt Bray’s cross-country performance, then share his video with your friends and loved ones and start dancing along!