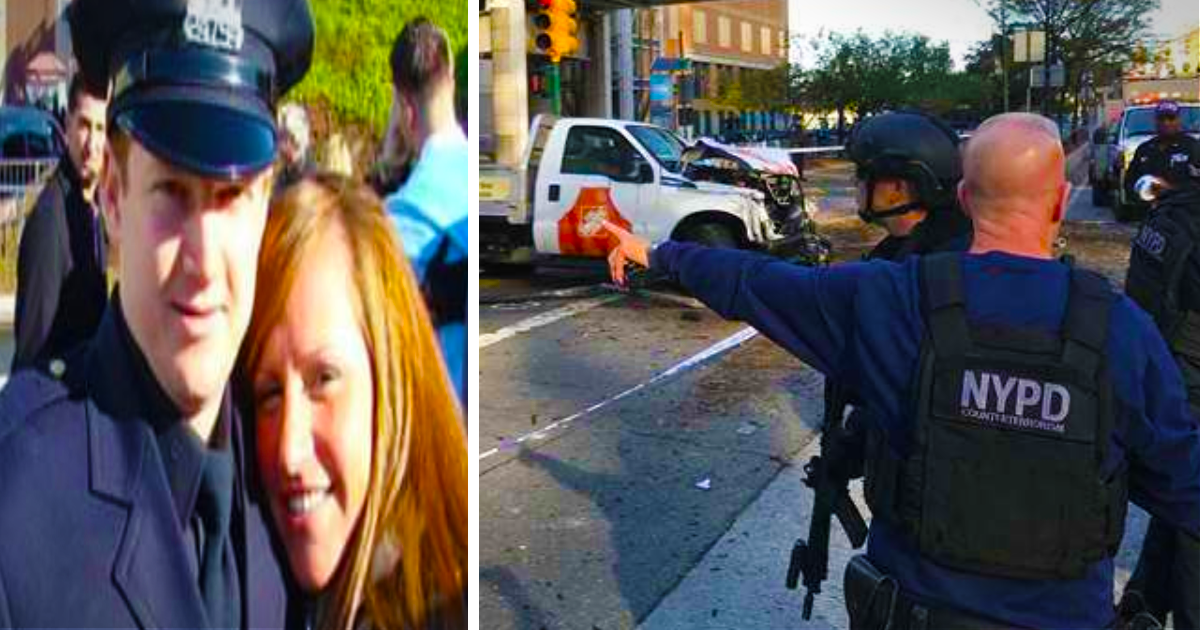 On the afternoon of October 31, 2017, NYPD officer Ryan Nash was responding to a routine call about an emotionally disturbed person in lower Manhattan. Police work frequently involves surprises and that was certainly the case for Office Nash that day. He ended up face-to-face with a terrorist!

Sayfullo Saipov, a 29 year-old originally from Uzbekistan, in Central Asia, emigrated to the United States in 2010. He lived in Ohio and then Florida and had work driving trucks and other vehicles. However, he encountered problems due to his aggressive and sometimes disagreeable personality. At some point he became radicalized and drawing a sick sort of inspiration from vehicle attacks in Europe, hatched plans of his own. On Halloween 2017, he drove a rented truck onto a bike and jogging path along the Hudson River. Saipov tore along the path all the way from Houston Street to Chambers Street, near Stuyvesant High School and not far from the World Trade Center. 8 people lay dead (2 Americans, 5 Argentines, and 1 Belgian) and 11 were seriously injured.

Saipov jumped out of the truck with a gun in each hand and shouted “Allahu akbar,” the Arabic for “God is great,” a phrase often used (or abused) by jihadists. This is where the attacker crossed paths with Officer Nash. Despite the danger from an apparently heavily-armed Saipov, Nash chased him down and shot him in the abdomen. Saipov survived and now faces serious criminal charges, including murder and supporting terrorism.

As it turned out, the attacker’s weapons were a paintball gun and a pellet gun, but of course Nash had no way of knowing that in the heat of the moment. What the five-year veteran of the NYPD did know was that the public was in danger and he didn’t hesitate to put his own life on the line to do something about it.