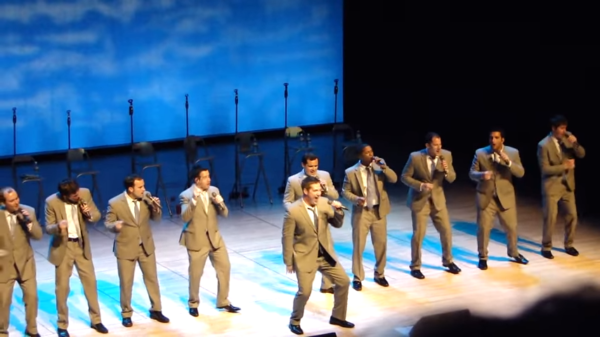 When the acapella group ‘Straight No Chaser’ took to the stage in to perform their version of the popular hit “The Lion Sleeps Tonight”, the audience was on the edge of their seats.

This memorable hit was first performed in 1961 by The Tokens and since that time, “The Lion Sleeps Tonight” has grown in popularity and instant recognition to become one of those classic songs that literally everybody knows. It is a pop culture staple, being performed by the likes of rock groups like R.E.M as well as Billy Joel, and heck, even the Muppets. 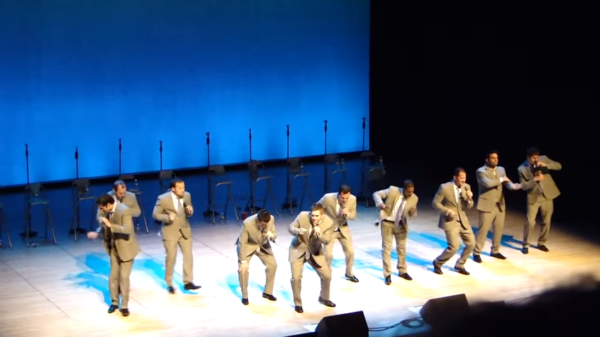 As one member stood forward and announced that the group had come up with their own choreography, the laughter broke across the crowd. The excitement in the arena stirred. One way or another, they knew this was going to be worth watching.

The ten men that make up Straight No Chaser may wear beige suits on stage, but these guys are full of color – they are no ordinary a cappella group. Where many groups in the genre are stiff and stuffy, these guys have taken the niche and injected it with their jovial style.

The alumni of Indiana University have a brilliant sound and a comical zest that that is getting them a lot of attention around the country. With performances like this one, it’s easy to see why the crowds are flocking to get tickets to see them in action!

Claiming that they are “neither strait-laced nor straight-faced”, this group of goofy guys had the audience in stitches laughing from start to finish. As they lined across the stage the giggling started pretty fast.

The sight of ten men wearing suits and ties adds to their debonair.  However, when they start warming up with stretches as if they were about to run a race, it begins to tickle a few people in the crowd. What’s a show without a dance after all?

But if you were thinking that Straight No Chaser was all about the jokes, you’d be wrong. These guys prove to have both style and substance as they captivate everyone in the room with a combination of strong voices, great harmony, and confident showmanship. The funny moments are peppered throughout and the rousing applause at the end is no less than they deserve.

“The Lion Sleeps Tonight” has been covered more than a few times, but there may not be a more hilarious rendition of it than this fantastic a cappella effort.  So watch and enjoy (and share) this acoustic and visual delight. 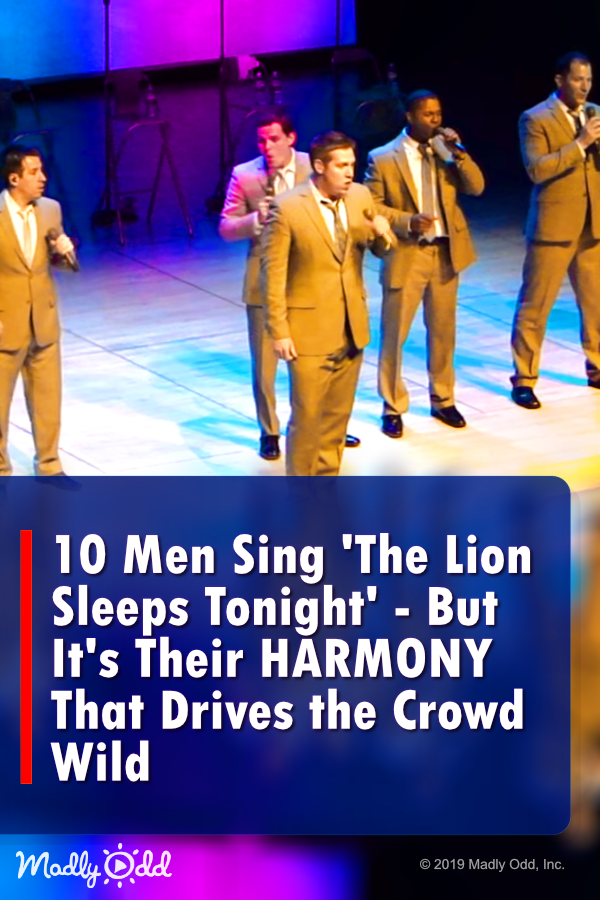