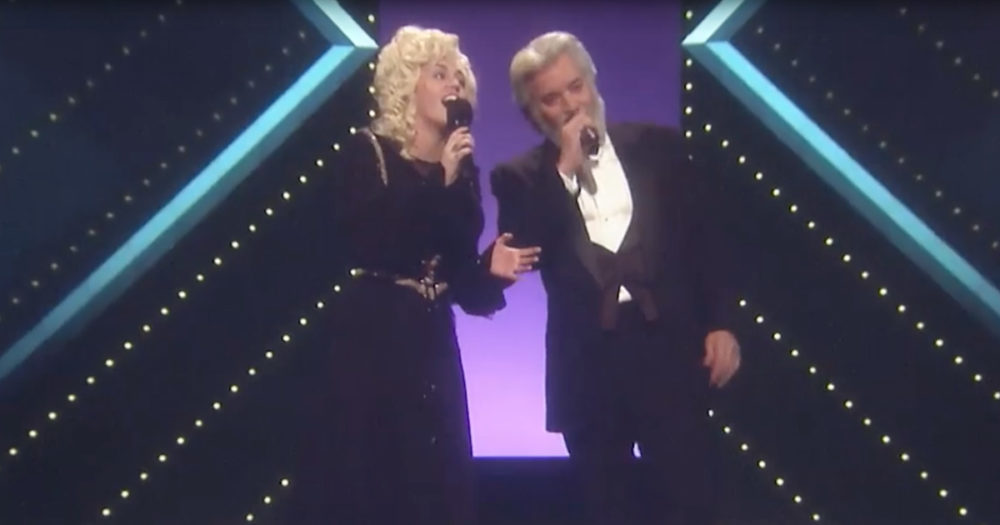 Sadly, in March 2020, we said goodbye to one of the world’s greatest country artists, Kenny Rogers. His recording history with Dolly Parton was not only award-winning on many occasions but also resulted in some of country music’s most famed songs. In fact, their duet, ‘Islands in the Stream,’ was voted the best country duet of all time by a Country Music Television poll.

We bring you in the video below, Dolly’s goddaughter, Miley Cyrus, joining Jimmy Fallon to recreate Kenny and Dolly’s iconic duet on ‘The Tonight Show Starring Jimmy Fallon.’ These guys did such a great job with this performance. You can hear the audience clapping along and cheering. This performance really captures the connection that Dolly and Kenny had, and Miley’s portrayal of her godmother is just fantastic. This recreation will leave you smiling and remembering the legend who was Kenny Rogers.