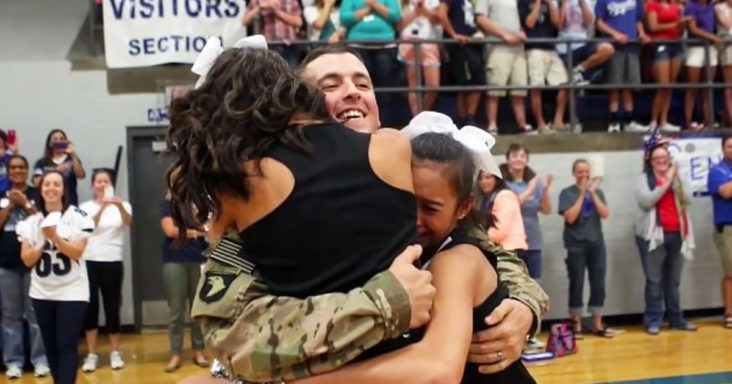 One of the most heartwarming events is when soldiers come home to their families. This particular story centers around hero Captain Kody Kermerling and his college-age twin daughters. 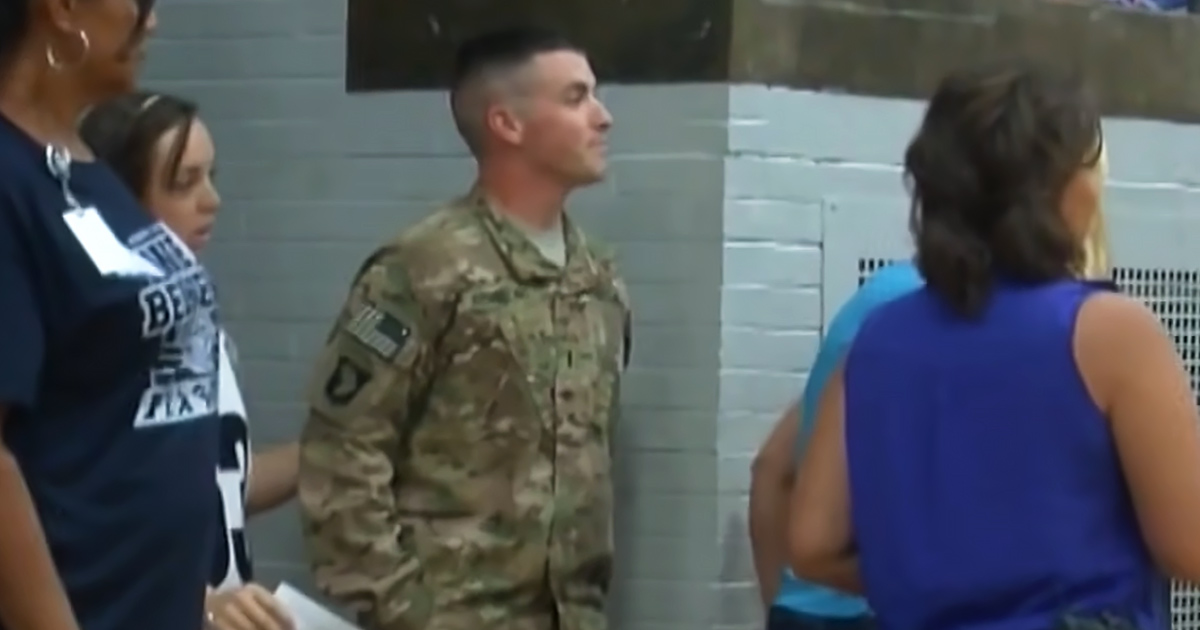 Maria and Micaela could not have their father drop them off at college since he was deployed in Kuwait for 10 months. However, he made a special visit to one of the season’s biggest games at the University of Missouri.

Everyone at the college was involved in helping pull off the surprise visit. The twins’ coach convinced them they would celebrate their father during the game as the ‘Veterans United Hero of the Day.’ 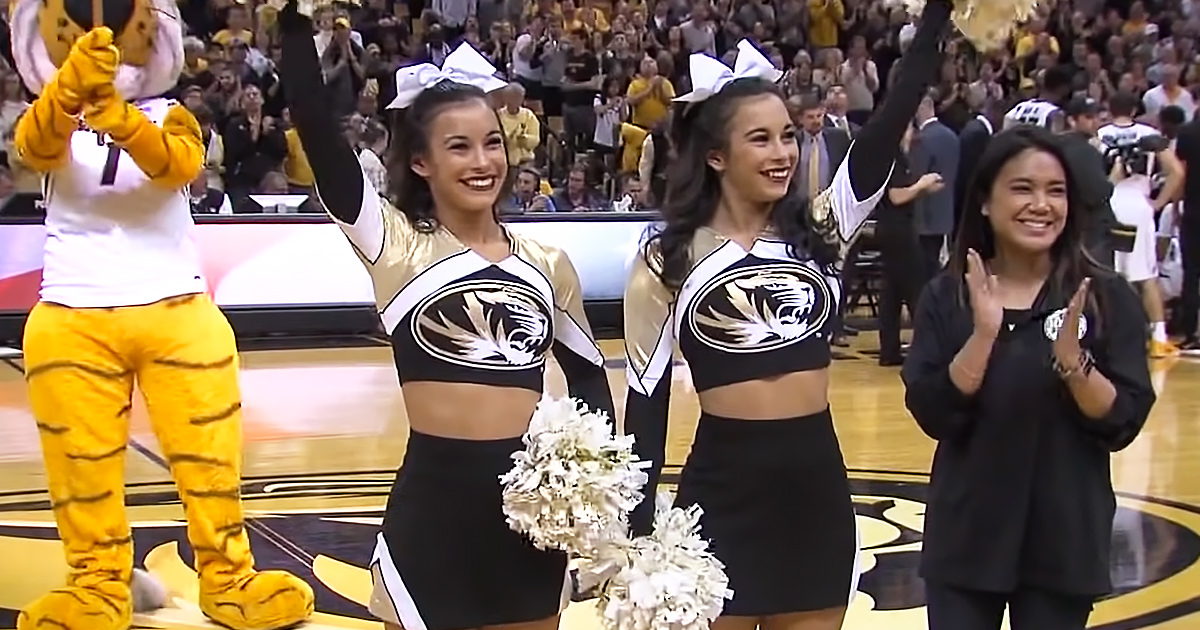 Micaela said, ‘We were cheering at the Mizzou basketball game, and we were just told that we were going to go and represent our dad out there for the Veterans United Hero of the Day, and we had no idea that he was going to be there.’

While the girls were cheering on the floor, a hand grabbed Micaela and turned her around. Micaela said, ‘All of a sudden, I just felt someone grabbing onto me. My initial reaction was, who is grabbing me, like what is going on? And then I turned my head and realized it was him!’ 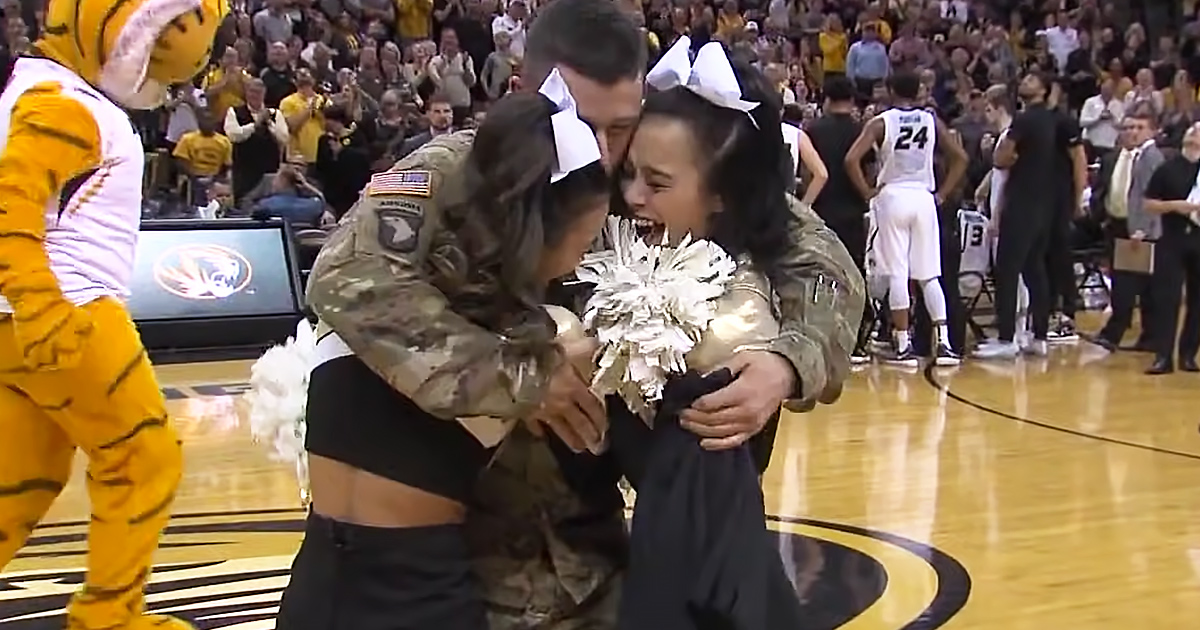 When the twins realized it was their father, they started crying immediately and hugging him. The team effort of their cheer coach and the University of Missouri all came together to create this fantastic reunion.

Our soldiers sacrifice so much for America. Many sacrifices involve giving up precious family time, like dropping your daughters off at college. Thankfully, Captain Kody Kermerling made it home safe for a very special surprise visit that made the whole stadium cheer!