There are not too many people out there that would be prepared to put their lives on hold to care for their future wife’s sister. But as you will see in the clip, there is one very special couple who decided not only to share their future, but also to share it with a third person.

Sisters Ashely and Hannah have always been close and are the best of friends, so when Ashley was going to be married, she naturally decided to have Hannah join the party. Hannah, the youngest of the siblings, was born with “Downs Syndrome” but that didn’t make a difference to her loving older sister. Ashely’s fiancé Will had always known that the two sisters were inseparable so when he had made his mind up to ask Ashley for her hand in marriage it didn’t even cross his mind not to ask Hannah an equally important question as well.

On the day that Will popped the question to Ashely, he also asked Hannah to be his best friends forever. Will had arranged for a camera shoot to be held on this special day, and as you will see in the video below, he has two extremely happy young ladies beside him. Not wanting to leave it there, Will and Ashely had also decided that their very special wedding day was going to be something that Hannah would also cherish forever. 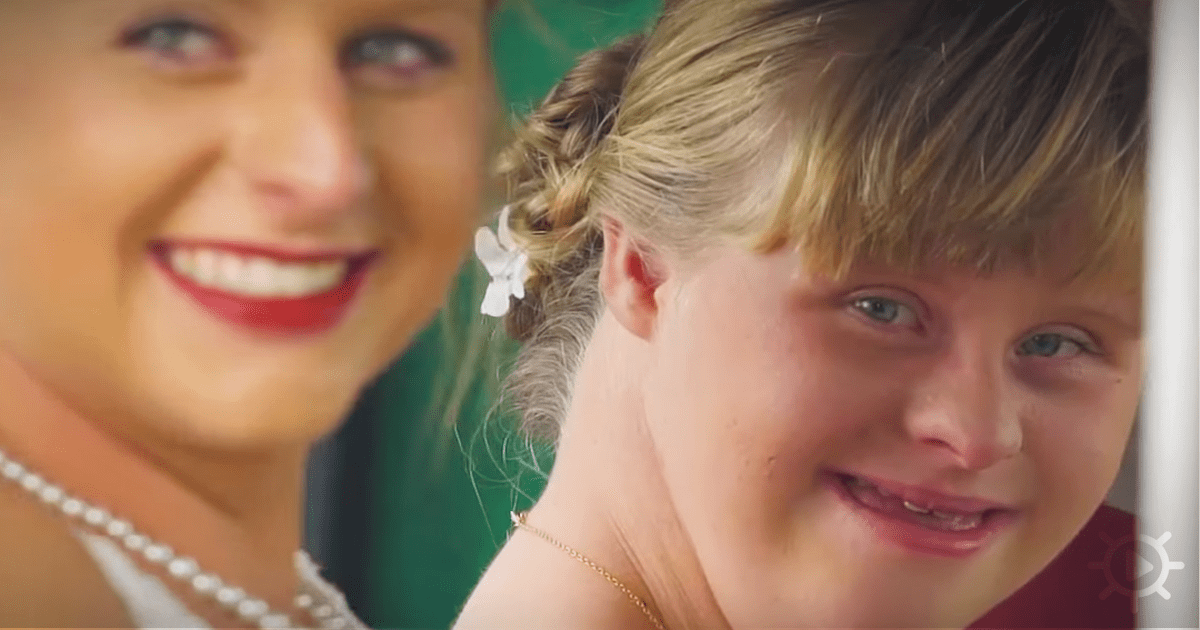 Once Will and Ashely had exchanged their vows the minister called Hannah up to the alter to share a promise with her new brother-in-law. It takes someone very special to do what these two newly-weds did for Hannah, a special bond between sisters cannot be broken, and for Will to accept this in such an honorable way is nothing but heartwarming. After Hannah’s birth all those years ago, their mother had spoken to Ashely and told her about her little sister’s differences. Ashely knew from that point on that she would always be there for Hannah no-matter-what.

When Will and Hannah exchange their special promise to each other their vows were just as important as Ashley and Wills. “Do you promise to be best fiends forever” asked the minister, to which Hannah replies “Yes”. “And do you promise to tell Will silly jokes”, “yes” she says once again to the applause of the guests. Even the reception was special as Hannah and Will shared a first-best-friend-dance.

It doesn’t take much to make someone who is so special in your life happy, and I think that we could all learn from the commitment that Will and Ashely have made to Hannah. The world would be a far better place if there were more people like them, who give their love unconditionally. Click on the link below to share their very special moment, a joining of three people in such an exceptional way.