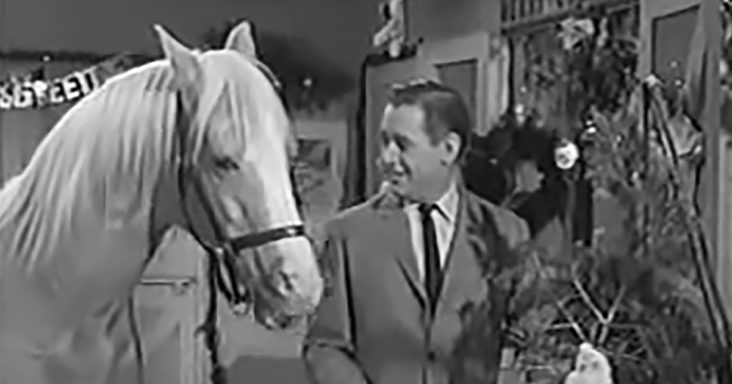 The room where the horse moved around was decorated with ribbons and ornaments to add a pop of color. The garland accessories were beautifully hung on the wall, and the decor had a perfect Christmas setting. 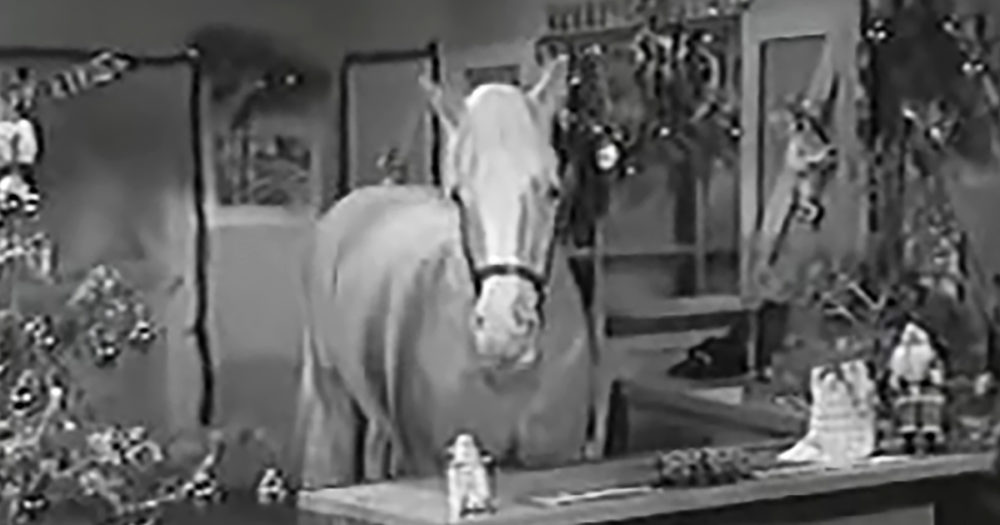 The traditional Christmas Tree was decorated with lights, tinsel, and ornaments. In addition, the desk had a cute-looking doll of a Santa Claus, which can make everyone love the holiday season.

The show, produced & directed by Arthur Lubin, starts with introducing the horse like Mr. Ed. Later on, the horse could be heard singing the melodious “Jingle Bells” and the Christmas carol “Deck the Halls with Boughs of Holly.”

A couple of seconds later, the main lead of the episode, Alan Young who plays the role of Wilbur Post, joins his horse friend in singing Jingle Bells. Mr. Ed and Wilbur shared an incredible bond as they were very comfortable with each other.

Mr. Ed even kisses him on his cheek, showing that he adored Wilbur. Mr. Ed even had a huge Christmas Shopping list prepared as he wanted to give the horses at the stable and wanted some things for himself. However, Wilbur had already planned the day out with Gordon to buy a Christmas gift, Carol, for his wife. The look the horse gave could melt any animal lover’s heart.