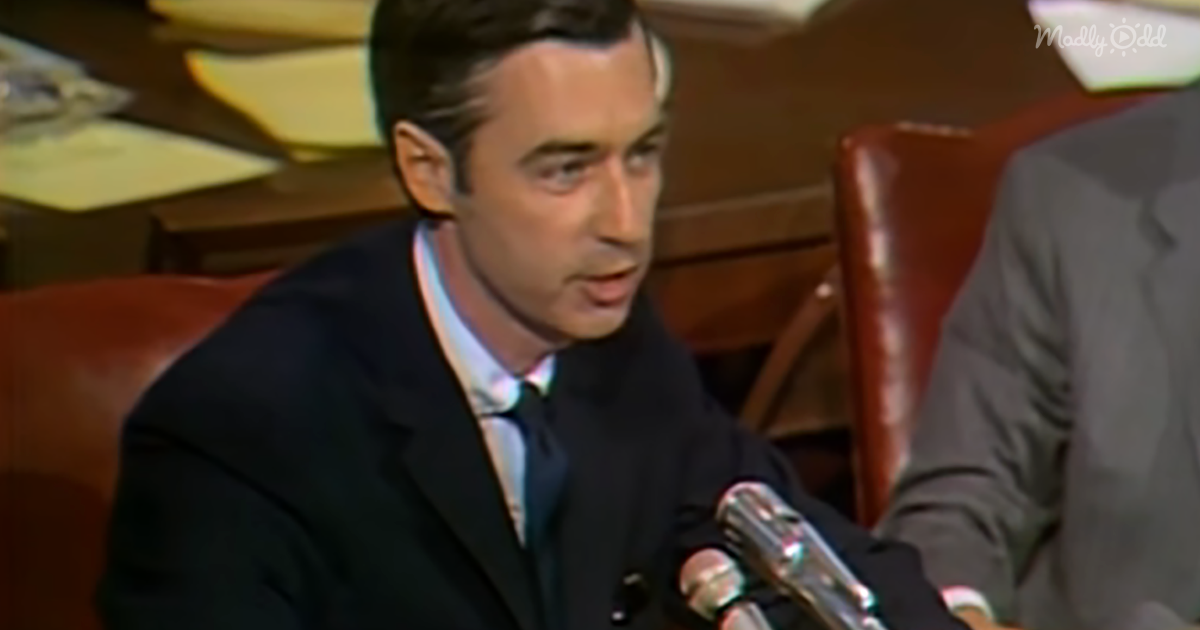 Fred Rogers, otherwise known as Mister Rogers from Mister Rogers’ Neighborhood, is seen here testifying before the Senate Committee on Commerce Subcommittee on Communications. Mr. Rogers was doing his part to defend $20 million in federal funding for the non-profit Corporation for Public Broadcasting, which was under looming risk of being reduced to $10 million.

The testimony starts off being received abrasively by Senator John Pastore, but even he cannot converse with Mister Rogers without shifting his approach. With his distinctive charm and the full attention of the room, the memorable man changed a politician’s approach. He oozes respect.

Who would have ever thought that a single testimony could sway a senator? That’s exactly what happens here as Mister Rogers puts forth an intelligent, reasonable argument. His testimony paved the way for public television to flourish, but without him, all would have suffered. 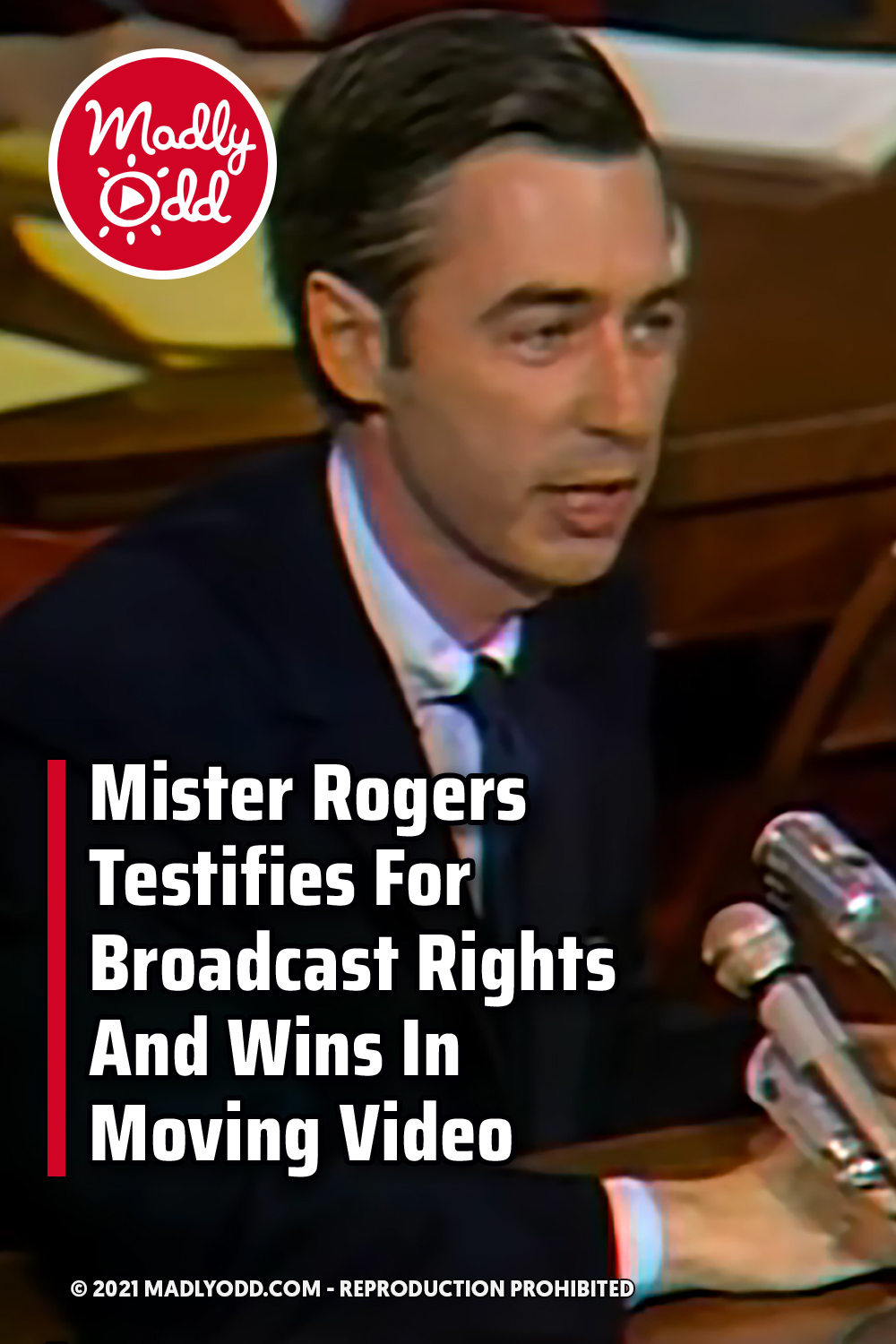