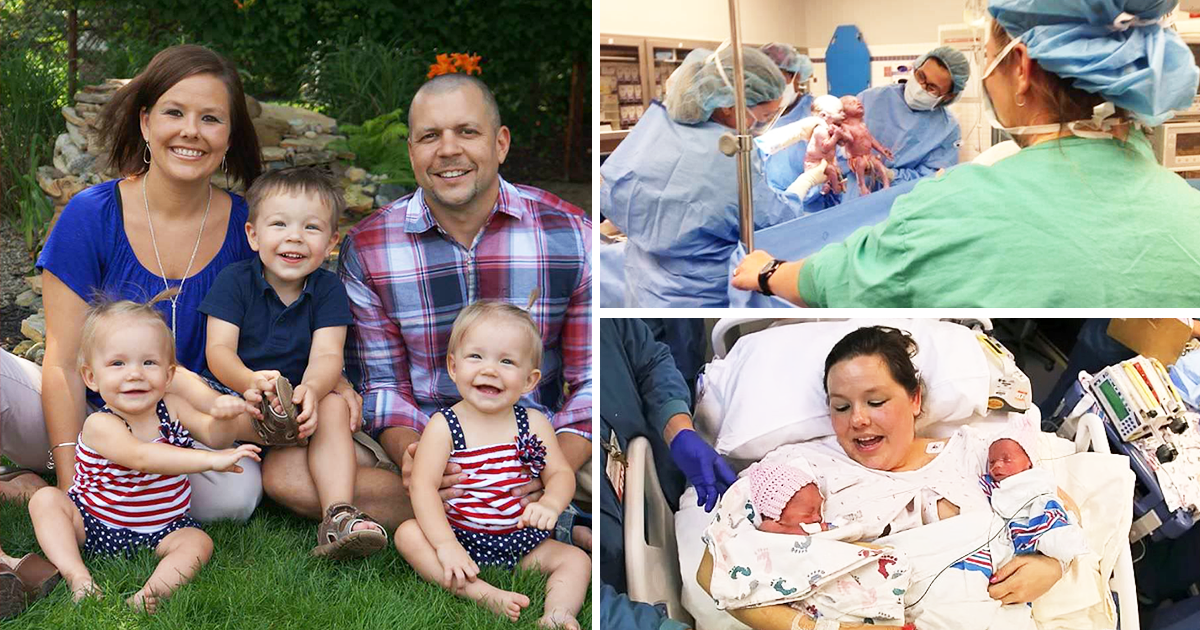 When Sarah and Bill Thistlethwaite were told they were going to have twins, they were delighted. Soon, though, that joy was tempered by worry. The twins were monochorionic and monoamniotic (known as “mono mono” twins). What all this medical jargon means is that these identical twins shared the same placenta and the same amniotic sac, making Sarah’s pregnancy very unusual — and risky.

Not only would the twin girls have to be delivered early by Cesarean section but Sarah would have to spend nearly two months in the hospital beforehand. As her doctor explained, “We admit the mom into the hospital for monitoring so we can watch for evidence that the babies’ cords are going to get tangled We watch the babies’ heart rates from the time the mom is admitted through delivery.” The 57 days of bed rest passed surprisingly quickly, thanks not only to visits from her husband and son but also to knitting. She watched how-to videos on YouTube and began knitting baby hats!

Two days before Mother’s Day 2014, it was time for the twins to be brought into the world. They were both healthy and yet the obstetrician who delivered them let out a gasp. Not exactly what a new mom wants to hear! But then the two girls were held up for Sarah to see. They were holding hands! As Sarah recalled, “My heart just melted. Even my husband got tears in his eyes — I don’t know that anybody in the room had a dry eye.”

In the three years since, the twin girls, Jenna and Jillian, have been thriving. They’ve developed very distinct personalities but are still very close. “If one twin is crying, the other will try to find a way to comfort her, like going to find a pacifier or rubbing the other’s back or offering a hug. They always take care of each other.” And yes, Jenna and Jillian still love holding hands.