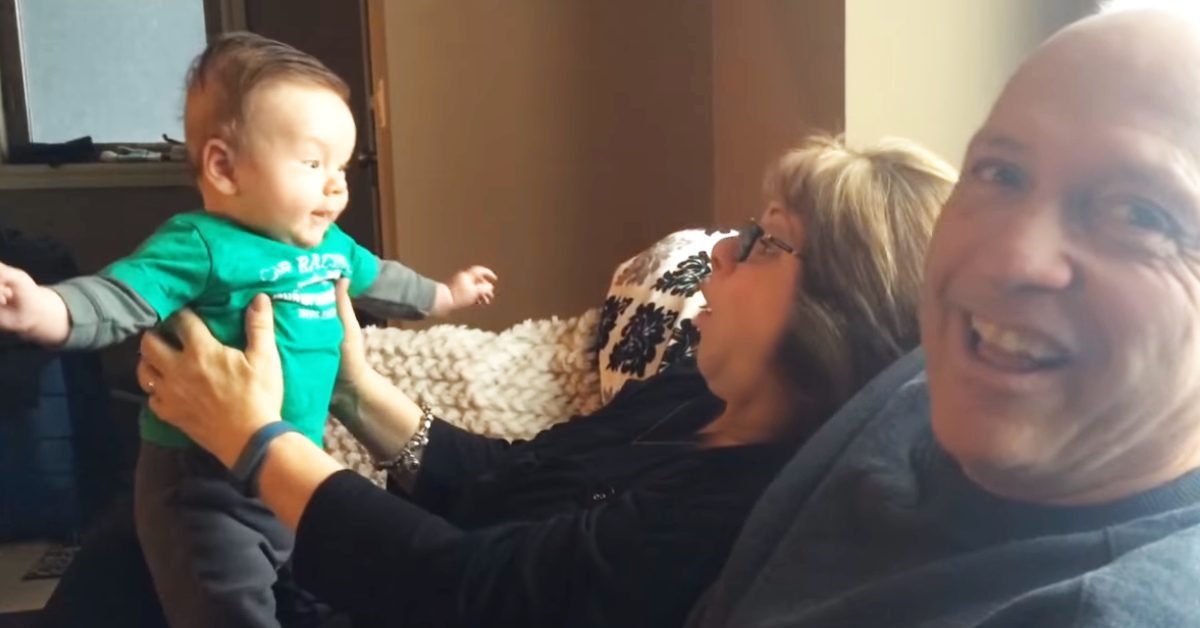 “Put that on YouTube,” says Grandpa! How right he was. By the time they’re about six months old, babies start to say two-syllable words. This little guy’s first word meets that milestone.

Time has a way of flying, so each milestone is a moment to be treasured. One really memorable milestone in a baby’s development is the first word they speak. Up to the age of three months, a baby will advance from making cooing and babbling sounds to vowel-like noises. By the age of six months, a baby typically is typically starting to experiment with vowel-consonant combinations and double-syllable sounds. Given a baby’s attachment to their parents, it’s not surprising that their first word is often “mama” or “dada.” This can even lead to a bit of friendly competition between parents, each hoping to be first!

In the video posted below, you’ll see a couple of doting grandparents who really want to hear their little grandson’s first word. They do their best to encourage him to pipe up. Grandma suggests, “Say, Mama. Do you want to?” Just a blank stare and silence. Grandpa suggests that maybe “milk” would be the first word the little boy would want to say. That’s certainly logical, but again, not a peep from the baby.

Now Grandpa has an idea: “I know what his first word will be: ‘Taco.’ Taco… Taco…” It works like a charm! After giving the matter a little thought, the little fellow says, “Taco.”

You might suppose that this baby has a precocious taste for Mexican food, but word has it that the family cat is named Taco. It could be that the two of them are already best friends. I am betting the parents thought this first word was hilarious.