The “Alaskan Malamute” like the Siberian husky, is a very intelligent breed of dog. This large domestic animal was originally bred for hauling heavy freight due to their strength and incredible endurance abilities. These loveable dogs are similar to other arctic breeds such as the “Greenland Dog” the “Canadian Eskimo Dog”, the “Samoyed” and of course the “Husky”.

It is thought that the first dogs arrived in the Americas some 12,000-years-ago, but did not actually settle in the Arctic region until the “Paleo-Eskimo’s” did some 4500-years-ago. It is thought that the breed was originally created by the “Malemuit Inupiaq” people of Alaska’s ‘Norton Sound” about 1,000-years-ago. A recent study came to the conclusion that the Alaskan malamute has similar “East Asian” origins as the Greenland dog and Canadian Eskimo Dog, but is probably more related to the Siberian husky.

The Alaskan malamute’s are still in use today as sled dogs for personal travel, freight hauling or moving certain objects too heavy for man. There are still some that are used for mushing (Recreation Sledding) as well as “Canicross” events. Mostly these magnificent dogs are kept as pets, show or performance animals. They are known for the ability to move heavy objects, with the average adult male being able to pull 1,100 – 3,000 pounds, depending on its build and fitness training.

The term “prey drive” really relates to these dogs. Although they make a wonderful pet, their prey drive can be extremely high and have been known to chase smaller animals, including other dogs, as well as rabbits and other small mammals. It is for this reason that it is a good idea to keep an eye on them when they are around small animals or even small children.

Malamutes are extremely fond of people, making then an ideal companion for any family. But, like their cousins the Siberian husky, they are very unreliable as watch dogs, and would rather greet an intruder than warn them off. These dogs a very nimble and navigate household furniture with ease making them an idea house dog, this is of course as long as they get the required exercise that a dog of their size and energy levels need.

These dogs are usually very quiet, in fact the rarely bark, but they are prone to talking to their people with their own unique way of vocalizing. The clip below shows us the perfect example of this trait as this dog’s mom and a friend, travelling on a road trip, struggle to get a word in once their precious-pooch joins in the conversation. The funniest part of this footage is that as soon as mom and her friend stop talking, so does the dog, that is until they start the conversation again. Click on the link and enjoy this human/canine/human discussion. 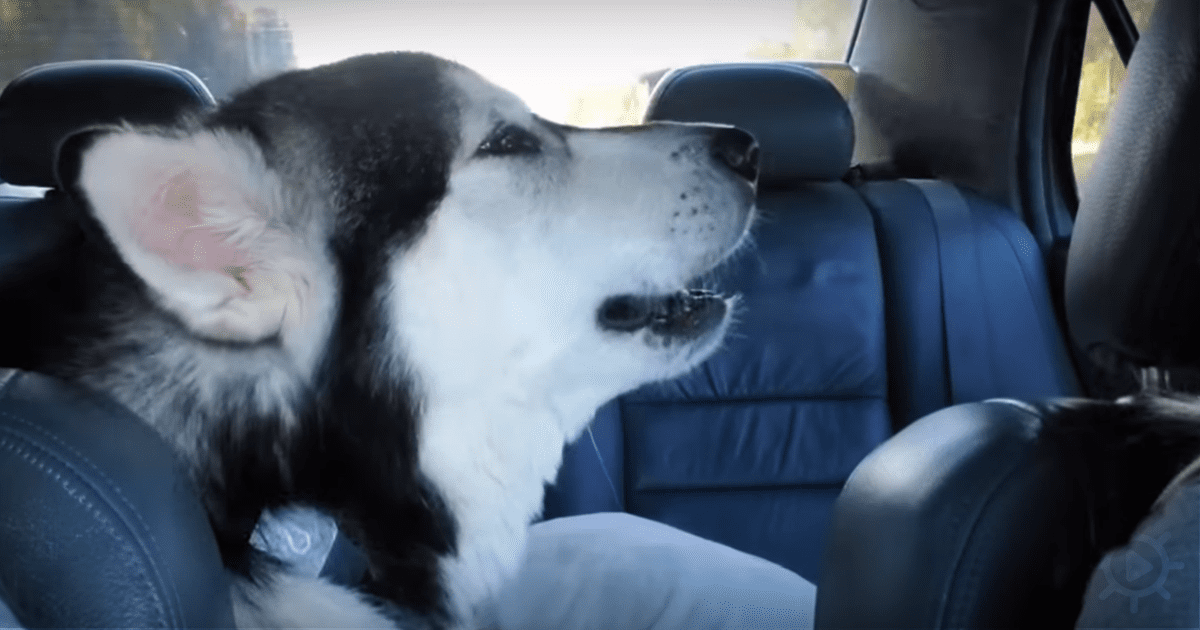