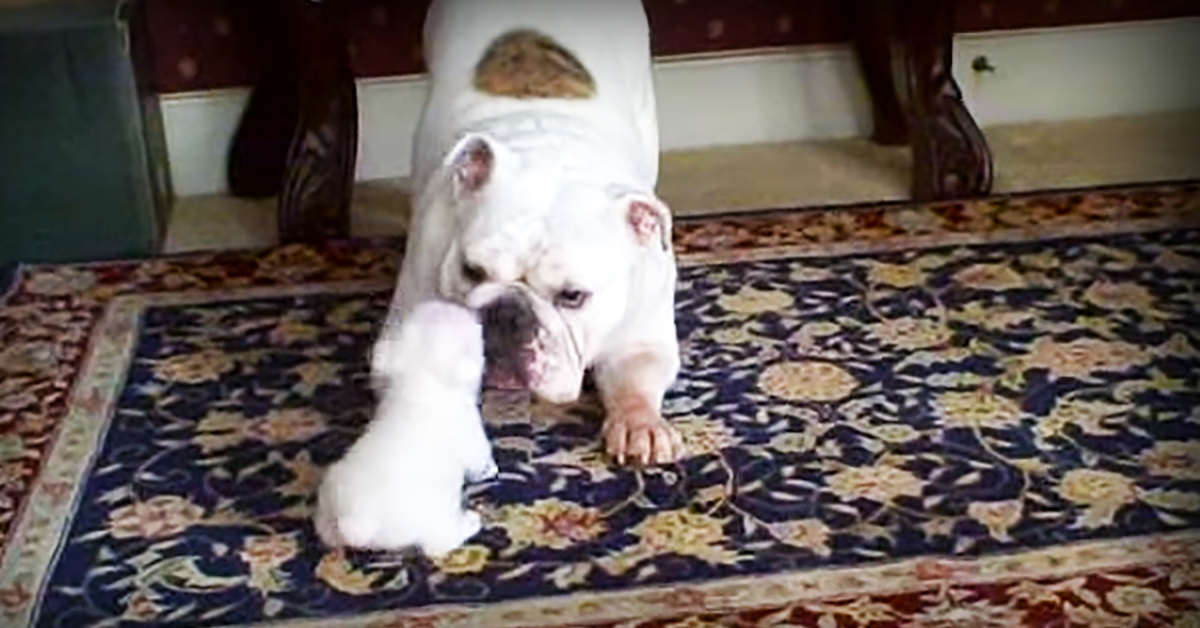 A thoroughly adorable little all-white bulldog named Elvis had a difficult start in life. He was the only puppy in the litter and was born with a cleft lip. This made it look like he was sneering all the time, so his and his mom’s human parents Rob Bixley and his wife figured that Elvis would be the perfect name for him.

The cleft lip made it more-or-less impossible for him to nurse, so his humans had to bottle feed him until he was ready for solid food. All this tender loving care paid off: Elvis grew up to be a happy, healthy bulldog.

We’ve posted a video that Rob Bixley made below. You’ll see a very young Elvis and his mom Patches in action. She’s trying to bath him but he’d rather she not: a lot of human parents have dealt with this, too! But Patches adores her pup even when he’s cranky and noisy.

Elvis protests by pawing at his mom and making some very unusual vocalizations. He almost sounds more like a cat than a dog. It’s a high pitched yelp that seems to rumble and purr. It’s strange but somehow comforting, perhaps because he’s grumpy but still feels loved and secure.

A few months later, after he’d grown up a bit, it was time for Elvis to leave the nest and move to his forever home. As it happened, the veterinary technician who’d attended to Elvis all along had always wanted a bulldog, so she adopted him! We’re glad to report that everything is going well: Elvis is happy in his new home, and everyone there adores him. 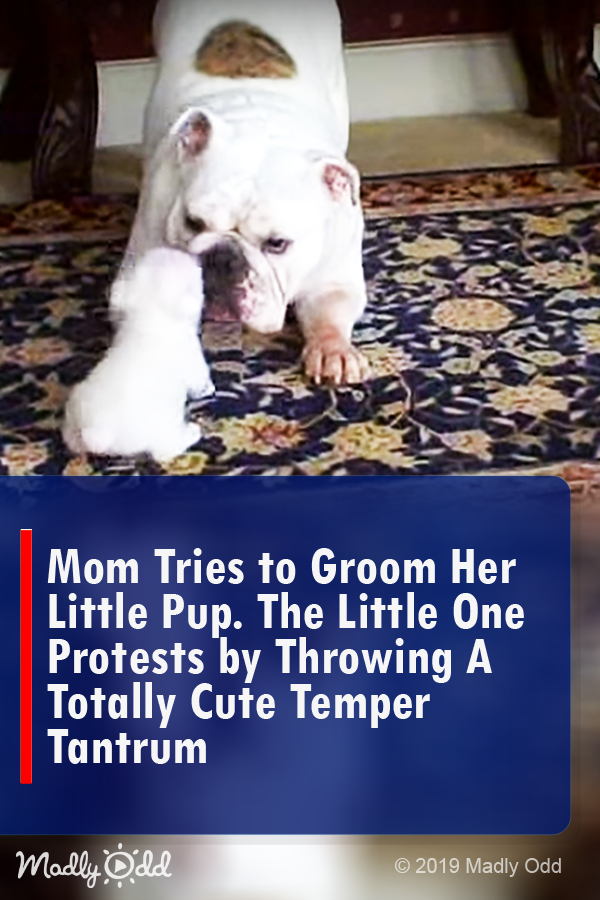