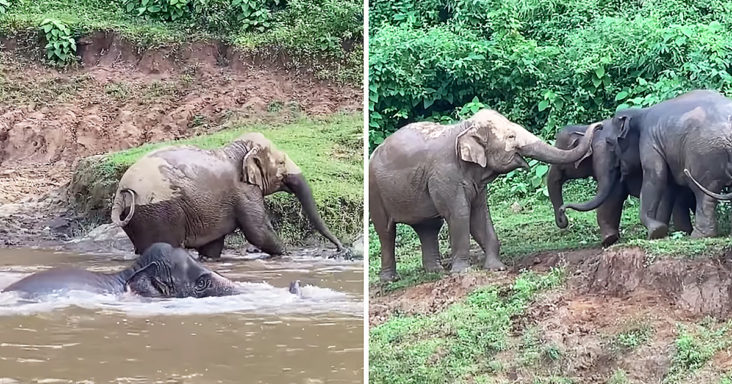 An exciting video showcasing a fight between elephants in a river is attracting viewers worldwide. In the video, another elephant is seen crossing the river to intervene. It escalates into a spectacle that viewers can’t get enough of. 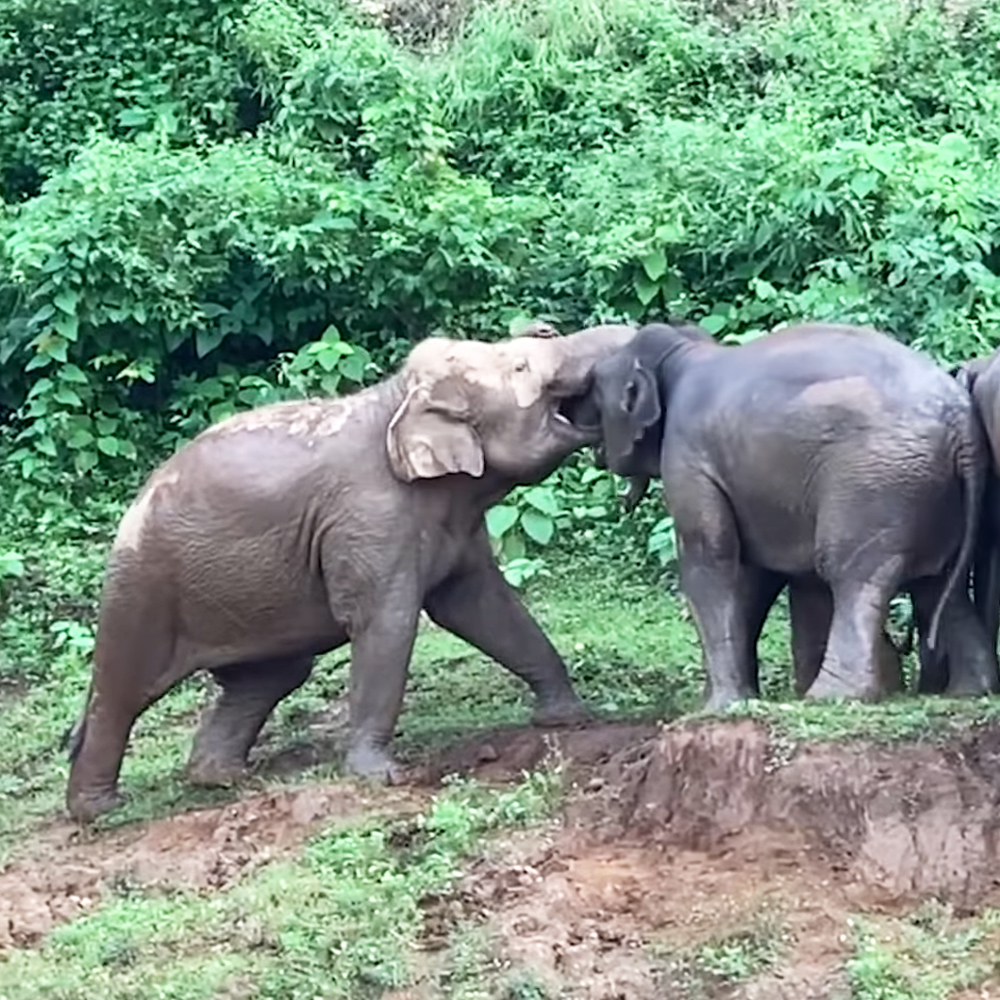 In the beginning, it is difficult to see if the elephants are fighting or playing. One thing is for sure, it is not a place where a human would like to be caught in between. They wrestle and push and grab with their trunks.

Another elephant is seen crossing the river to intervene before the elephants hurt each other. It is only then that viewers realize that the two fighting elephants are much smaller than the ‘referee’ coming to break up the fight. 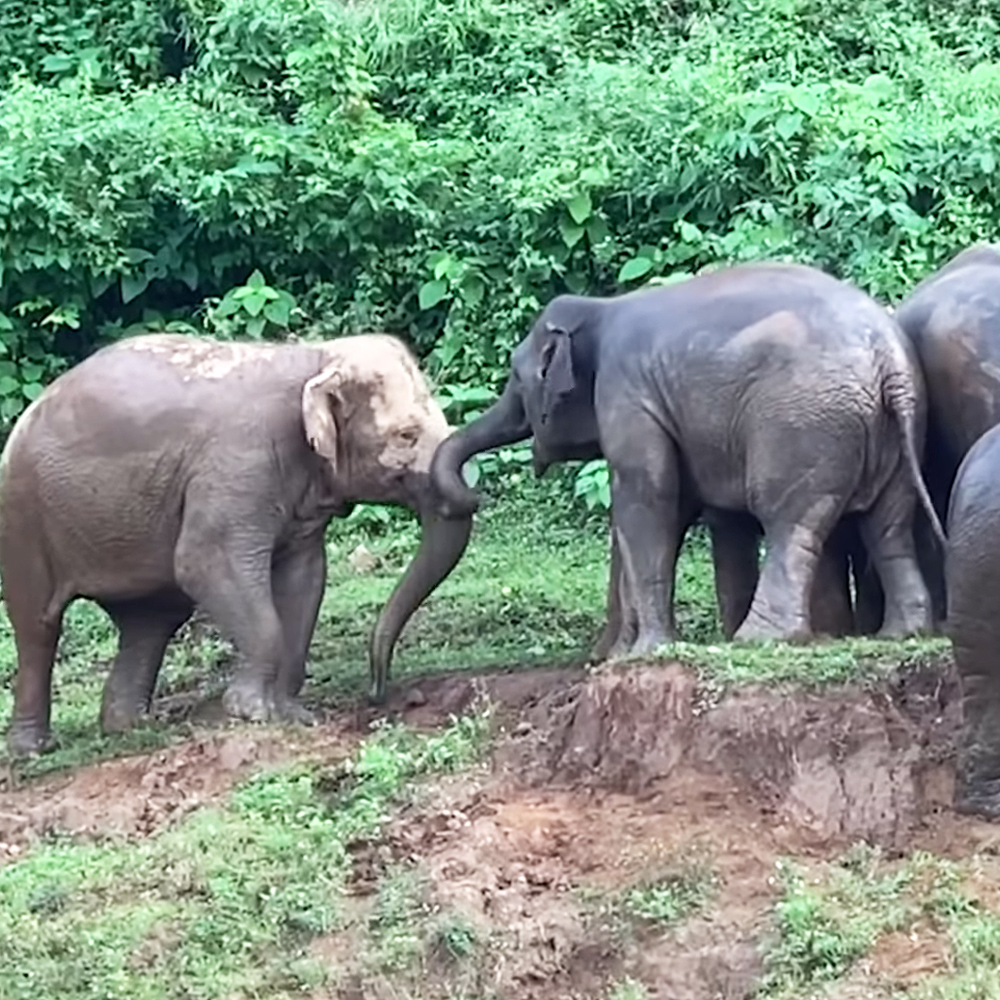 The mother of the two siblings is coming over to investigate and put an end to the ruckus. Now viewers realize that it was mere playful wrestling, and then the video shows the viewers what the rest of the elephants are up to afterward.

A whole herd of elephants is standing on the bank of a river in front of a beautiful lush green forest. They are energetic and playing around, gleefully enjoying their freedom and the beautiful surroundings. 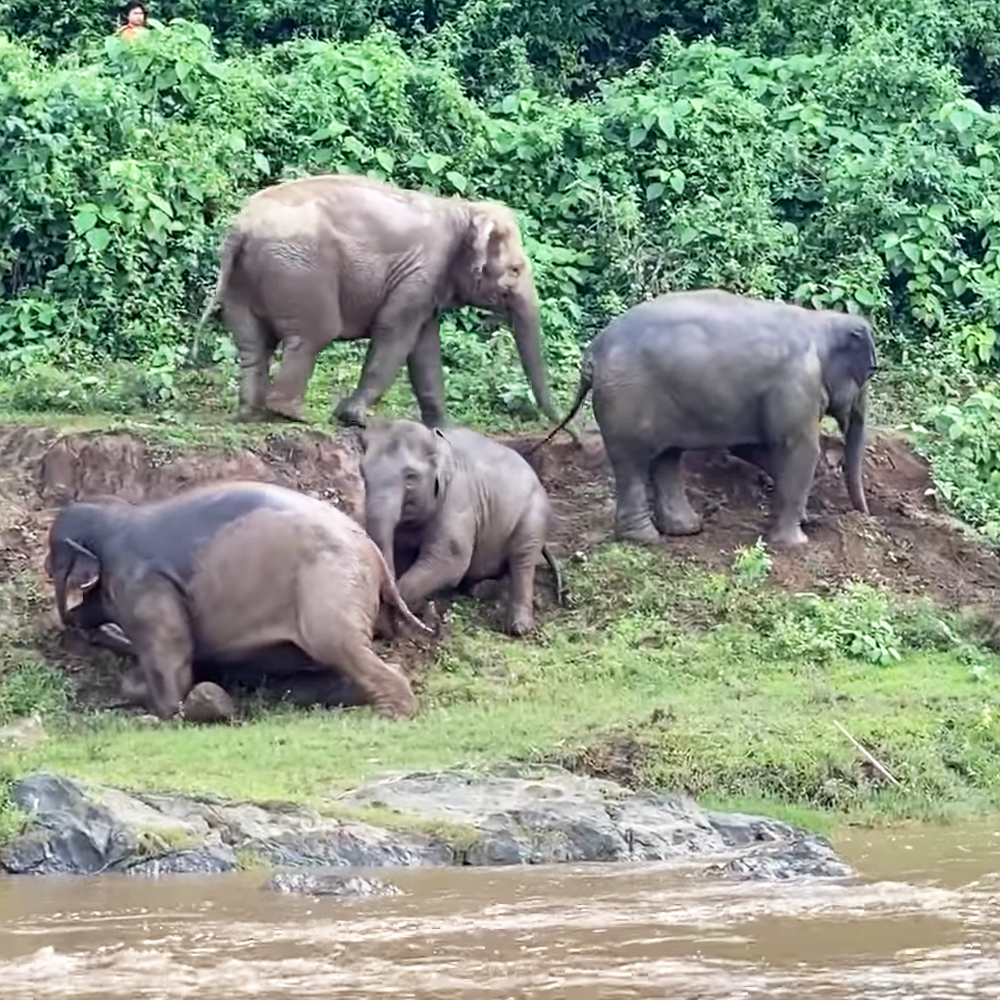 Some elephants are pushing each other around, while others roll down the embankment. They roll around in the mud and make cute sounds while doing so. This elephant community knows how to have a good time.

Viewers are intrigued by this joyous spectacle. One viewer commented: ‘It is deeply heartening to see this place where elephants can live a free and loving life like this.’ There is something about watching them playing that brings a heartwarming feeling to viewers’ hearts. 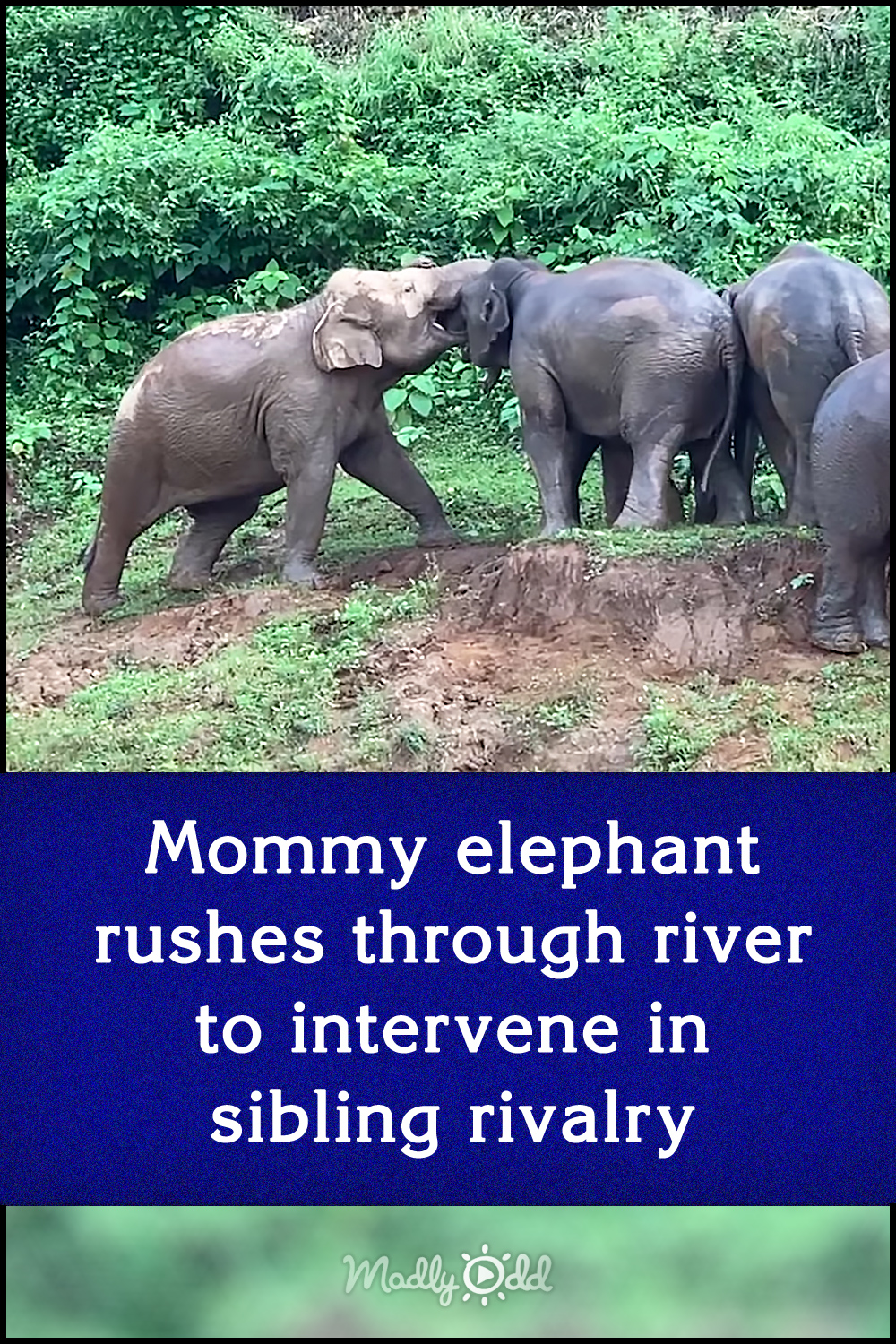