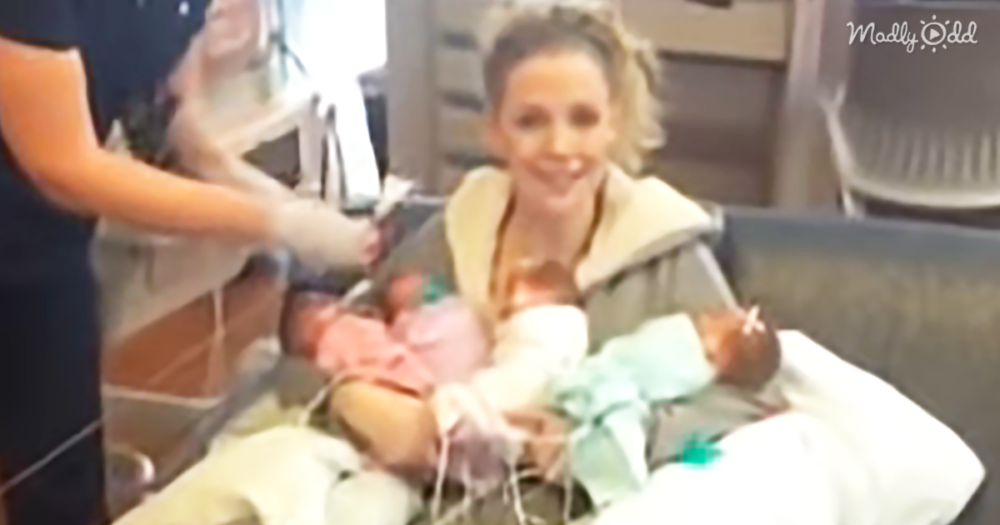 For parents who have kids, the thought of having four would be enough to turn their hair grey. Families that have twins appreciate the double gift and also go through the period of raising two kids at the same time. Now imagine this mother who gave birth to quadruplets.

Ashley and her partner Tyson were trying to have a baby for eight years, and after no luck, they decided to save money for in-vitro fertilization. To their delight, she got pregnant, and the joyful parents-to-be went in for her first ultrasound, only to find out that she wasn’t expecting one baby, she was expecting four. 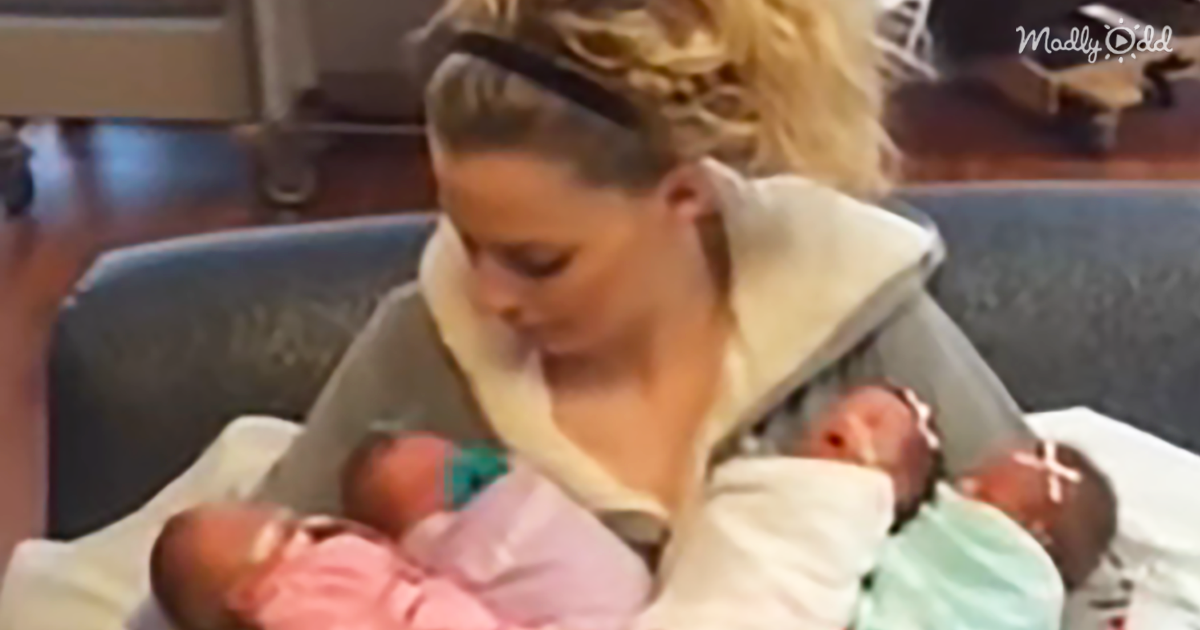 Ashley’s reaction at this news was captured by Tyson, and those pictures went viral online. After a healthy pregnancy, the quadruplets were born in December of 2014. This amazing video was shot at the UVRMC Hospital in Provo, Utah when the new dad saw his babies being brought out to the excited mommy waiting on the sofa.

Watch the new mommy wrapping her arms around her adorable babies all at the same time, the five of them enjoying a special time together for the first time. The four little ladies are all snuggled in their mother’s arms.

The beaming mommy looks so happy to hold her babies in her arms finally. The three-week-old infants were all wrapped up in tubes to monitor their health. Named Indie, Esme, Scarlett, and Evie, these special sisters are part of the YouTube channel started by their mom and dad.

Did you know that the chance of a couple having quadruplets is 1 in 800,000? Just when you thought that the odds couldn’t get higher, the chances of having identical quadruplets are 1 in 15 million. Mothers are truly special creatures that help bring wonderful bundles of joy into the world. I loved this beautiful moment and shared it with my friends. It’s so amazing to see the new mommy and her daughters in one frame.