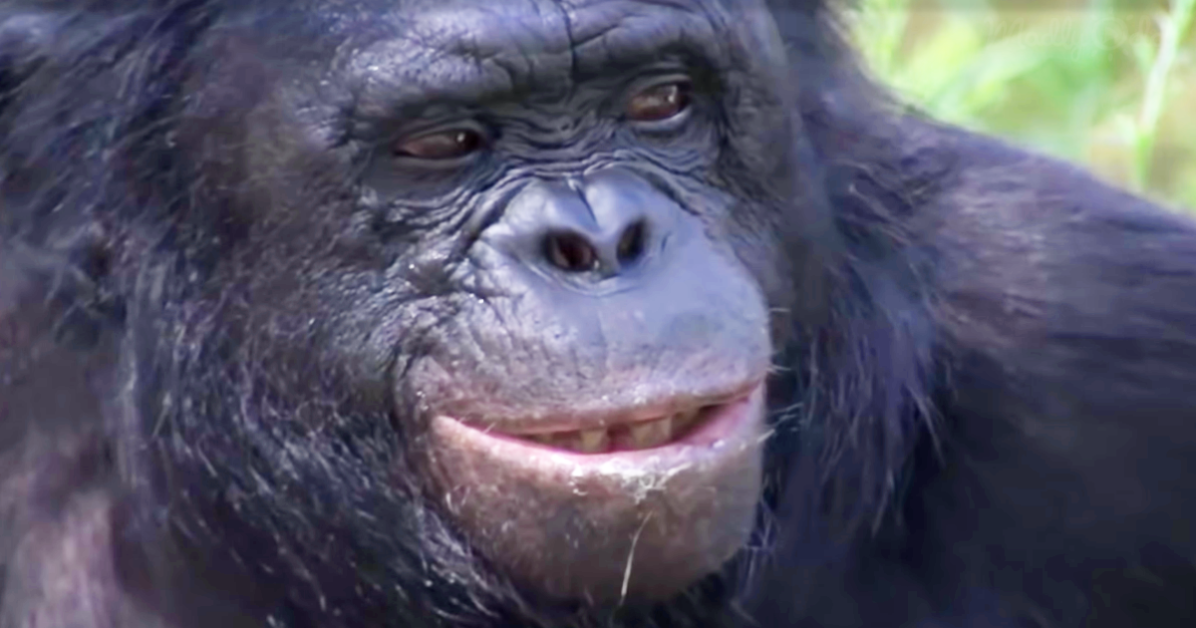 In his video, Kanzi shows us just how much he has learned. He calmly and methodically goes off to collect small branches and kindling which he brings back to his campsite fireplace. Once satisfied that he has sufficient fuel for his fire, he takes a match from the box, strikes it and starts his fire.

Next, he threads marsh-mellows onto one end of a stick and holds them in the flames, keeping a safe distance away from the fire himself. 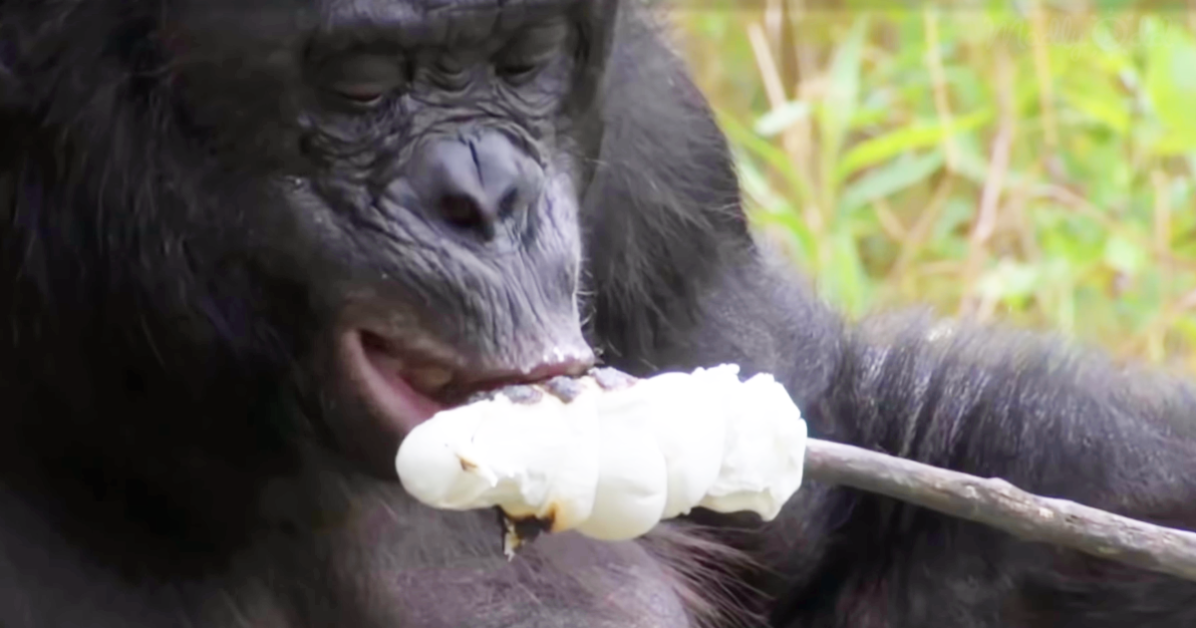 When he considers them done, he carefully checks the burnt marsh-mellows to make sure they are not too hot before eating them off the stick. Why can’t we all be like Kanzi?  Just making a fire, toasting marshmallows and chilling. Sounds like a good life, to me.

You have to be intrigued by his sense of purpose as he performs this complex task, and the satisfied, almost smug, expression on his face as he accomplishes it. This is one smart primate, and you have to admire his ability while at the same wonder where this will all lead to.

Kanzi has been an avid learner for over twenty years and has mastered a wide variety of tasks. He has learned to make stone blades by banging rocks together to sharpen a rock, which he actually developed in an experiment researchers did with him by having a rope that could not be pulled and food inside a box. Kanzi made a blade and used it to saw through the rope!

He also learned how to play Pac-man and understands over 5,000 words and can communicate with a few hundred (on a lexigram and sign language). He has already been showing signs of passing his knowledge down to his son Teco (who has been getting raised by both humans and apes as his mother abandoned him).  His son is already showing signs of autism found in humans and Kanzi’s keeper actually theorizes Teco may become even smarter than his father.

If you were amused and astonished at Kanzi’s cleverness, share his video with your friends and family. 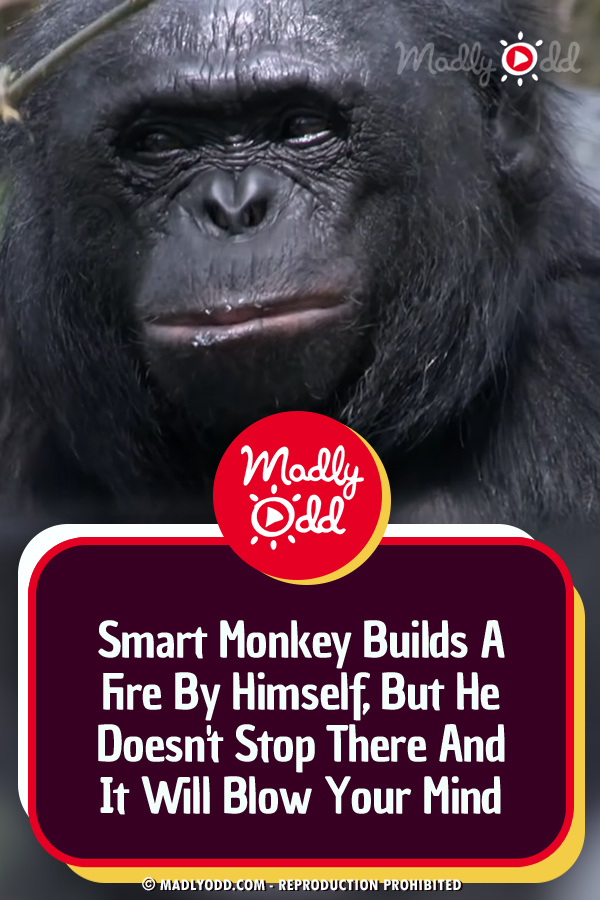