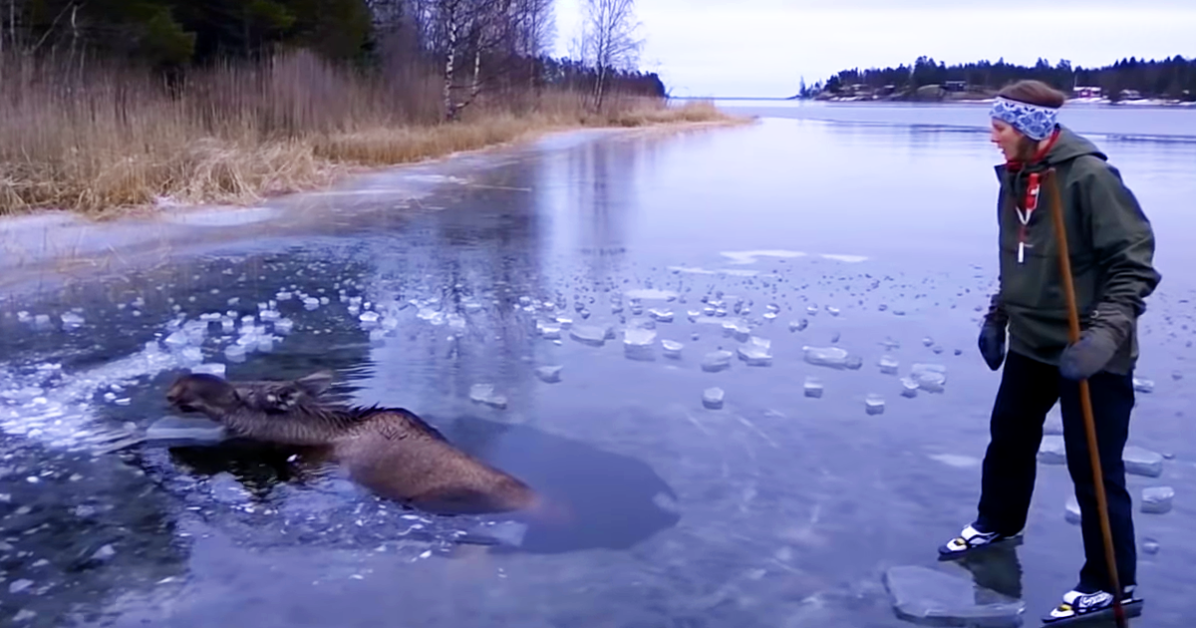 A couple of people are skating down a frozen river and they comment that the ice is rather thin. Then they notice something thrashing around in the ice further ahead.

It’s a large moose, caught in the river where the ice has given way. The poor, terrified animal is stuck, it can’t escape. There is a very real risk it will soon become exhausted and drown or succumb to the freezing temperature. 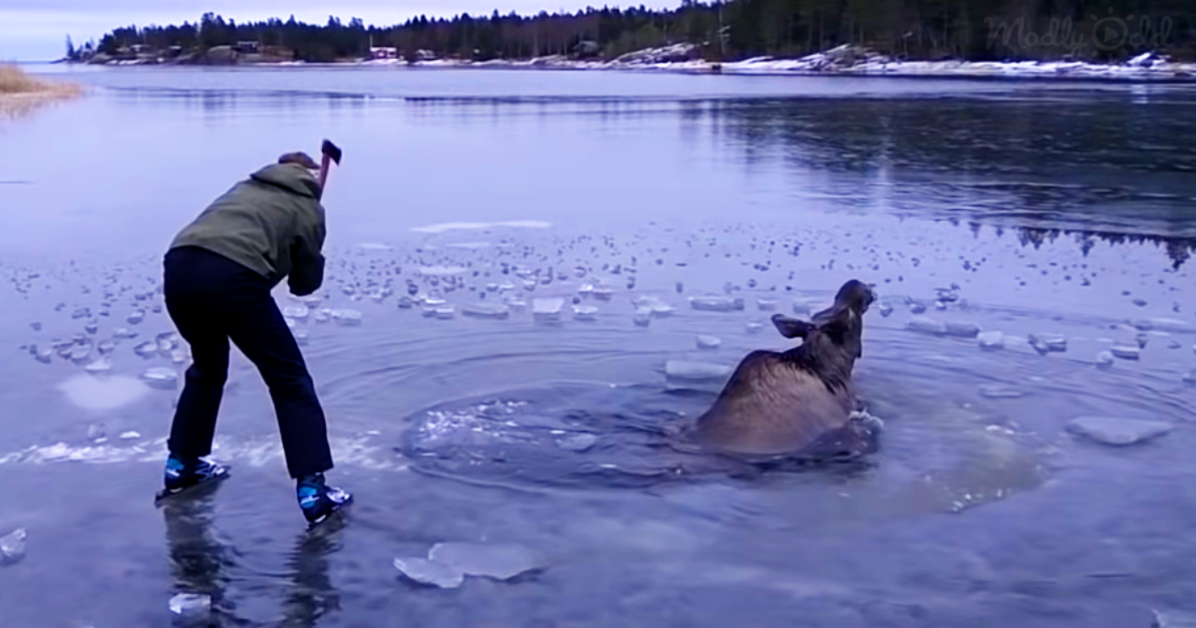 At first, they are not sure what to do, it would be dangerous to get too close to the panicked animal. While one of the skaters records the incident, the other decides to break the ice in front of the moose all the way to the frozen river’s edge, so it can make its way to the river bank.

She strives to chop at the ice with a small hatchet and it is hard going. When they think they have made a path they try to encourage the animal to head for the shore, but it is not going to work.

They realize they have to chop more ice for a bigger path. Finally, the moose can follow the channel to the shore. With encouragement from the skaters, the animal heads for the river bank and shakily makes its way onto dry land.

To the great relief of the man and woman who persevered to save it, the moose is able to run off into the forest. Hopefully, its thick hide will protect it from the cold and it will have a chance to fully recover from its dramatic experience.

What wonderful people they were, going to so much effort to assist a helpless animal in distress. If you were touched by this heart-warming rescue, share their video with your loved ones. 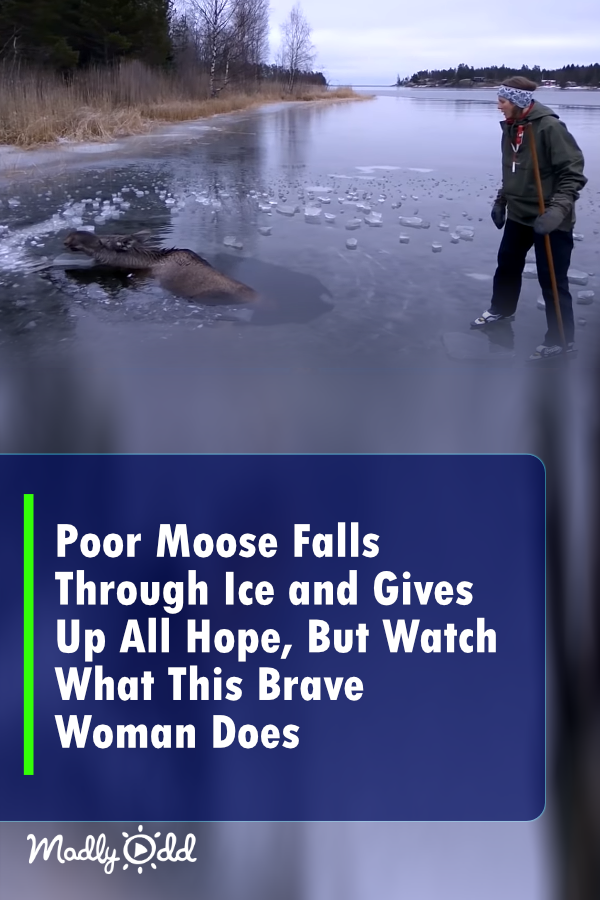