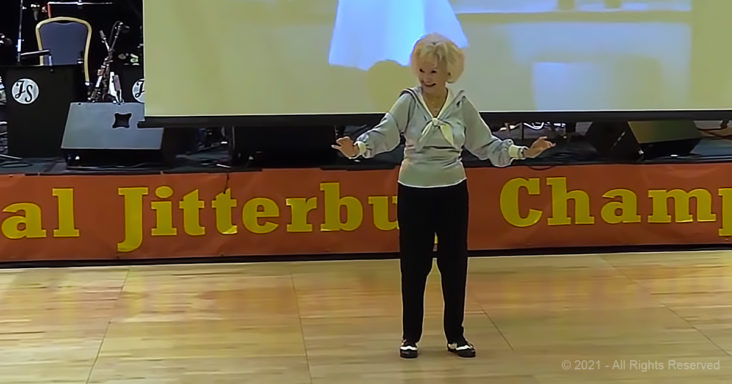 93-year-old Jean Veloz danced her heart away at the National Jitterbugs Championship. Most impressively, she reproduced a routine she hasn’t danced in 74 years.

In the background, a 19-year-old version of Veloz danced the same routine on a big screen. While in real life she was in pants and a sweater, 19-year-old Jean was wearing a poodle skirt-style dress as she danced in the 1943 movie “Swing Fever.”

In the movie, Jean can be seen dancing among a crowd with two men– one from the Navy and one from the Army. The men take turns dancing with the young woman, hoping to win her in some way.

Two men rotated in and out as Jean’s dance partner, mimicking the scene of the movie. They dressed similarly to the 1943 characters. When complicated dance movies came across the big screen, they would kneel and draw the audience’s attention to younger Jean’s impressive swing dancing movies.

Her stepdaughter commented saying that the men were trying to keep up with the movie scene, tracking as they turned to face it but that Jean’s eyesight wasn’t good enough to see it. She was moving from memory.

At the end of the dance, the men step back to let Veloz take her credit. She graciously accepts it and then makes sure others who deserve it get their credit, too. 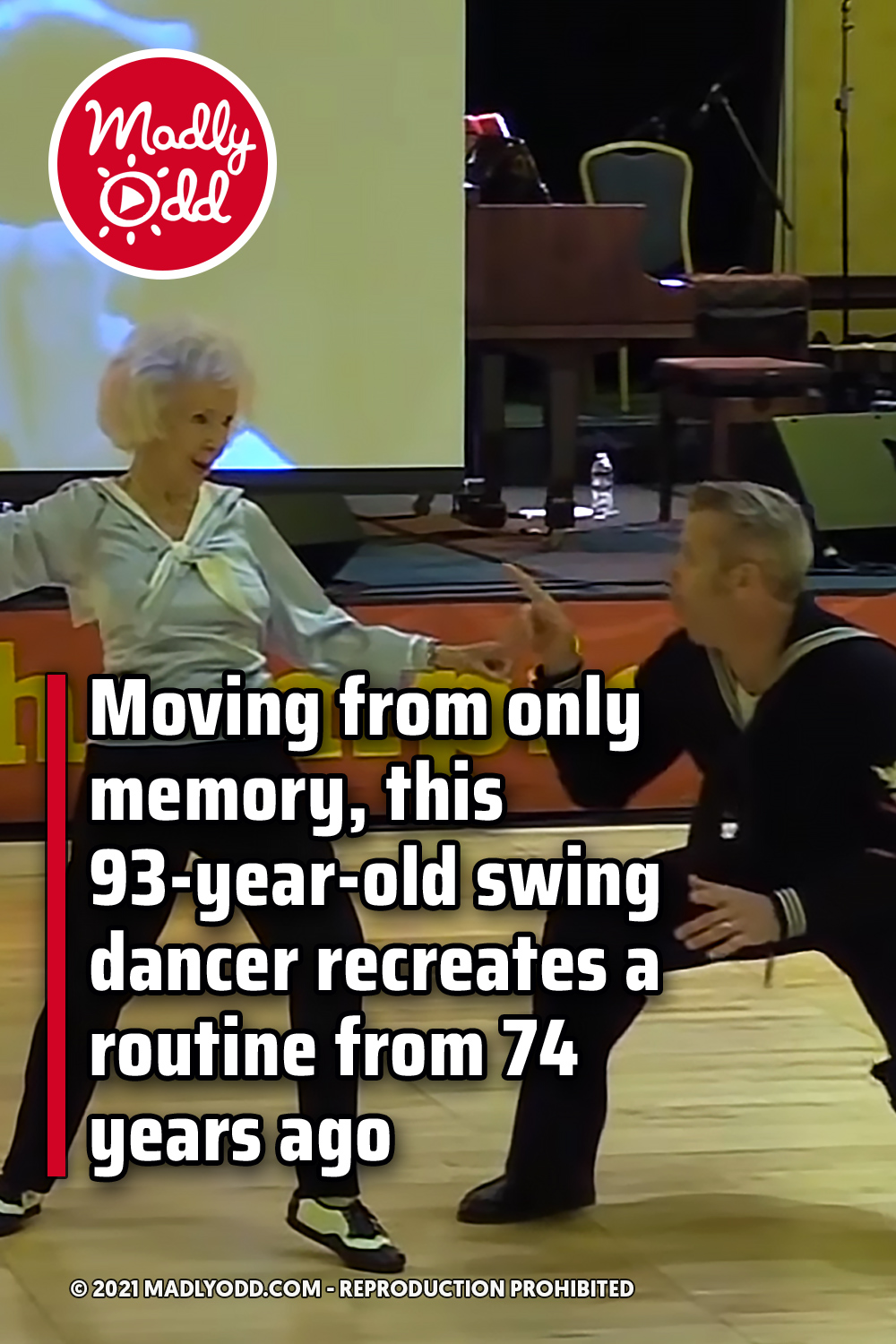