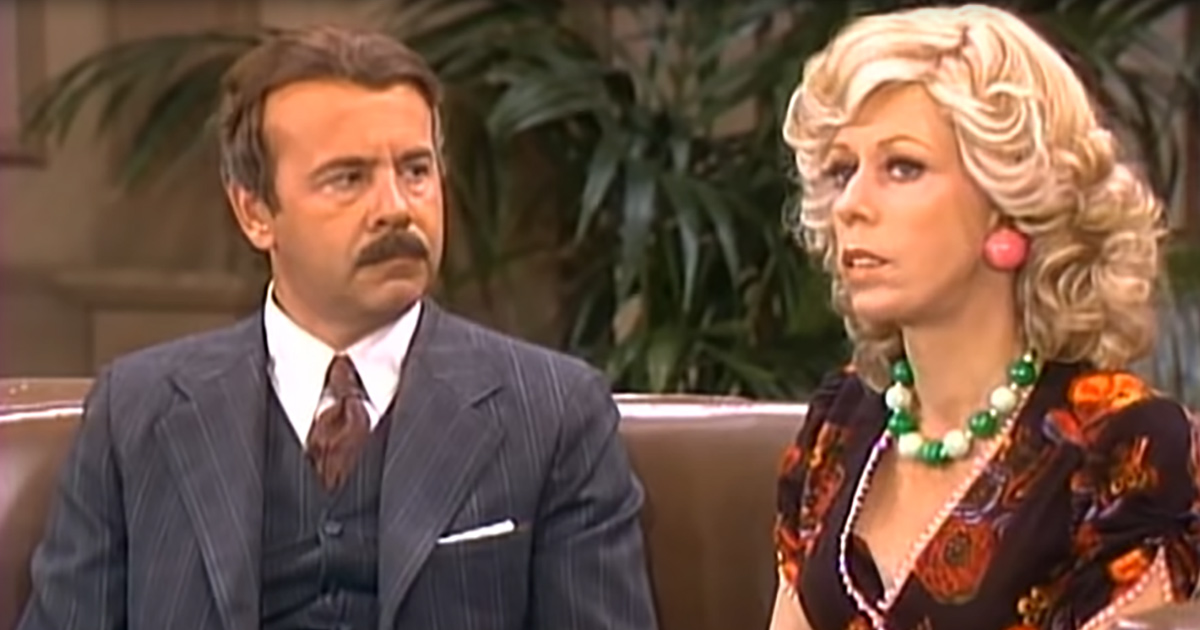 Tim Conway plays the slightly obnoxious Mr. Tudball, opposite Carol Burnett’s Mrs. Wiggins. In this skit, he takes Mrs. Wiggins, his secretary out to lunch for National Secretary Week. He tells the waiter it wasn’t his idea, and that his wife insisted on it. So much so that she said, “You take your secretary to lunch, or I will tie a knot in your neck.” That seems like it might be hard to do, but it convinces him to extend the offer to Mrs. Wiggins.

He insults the waiter, Harvey Korman, who does the most epic of eye rolls while waiting for her to show up. Mrs. Wiggins arrives and attempts to sit in the booth, but she is wearing a pencil skirt and has some gorgeous long legs. She doesn’t slide in effortlessly; in fact, she creates quite the scene trying to sit. Mr. Tudball quips, “It is rather like you are trying to stuff the Hindenburg into a Volkswagen.”

They shoot some hilarious jokes back and forth about their cocktail orders. The location of the women’s room is an important matter to hash out. Mr. Tudball keeps insulting the waiter every chance he can until finally, it is time to order their food. The waiter starts with Mrs. Wiggins, and this is where it gets too funny for words.

She orders, what feels like, the entire menu, including some ‘chocolate mouse.” When she is done, Mr. Tudball asks how much her total is. It ends up being all the cash he brought, and he leaves it on the table and leaves, saying he has work to do at the office. As soon as he walks away, Mrs. Wiggins cancels the order and changes it to a cup of coffee. She pulls some food out of her purse and shoves the $25 in her bra as the audience cackles with enjoyment.

This skit has so much talent on the screen at the same time. Tim Conway, as Mr. Tudball, had some of the best sarcastic lines of all times, and Carol Burnett’s Mrs. Wiggins’ calm way of provoking him was perfect. 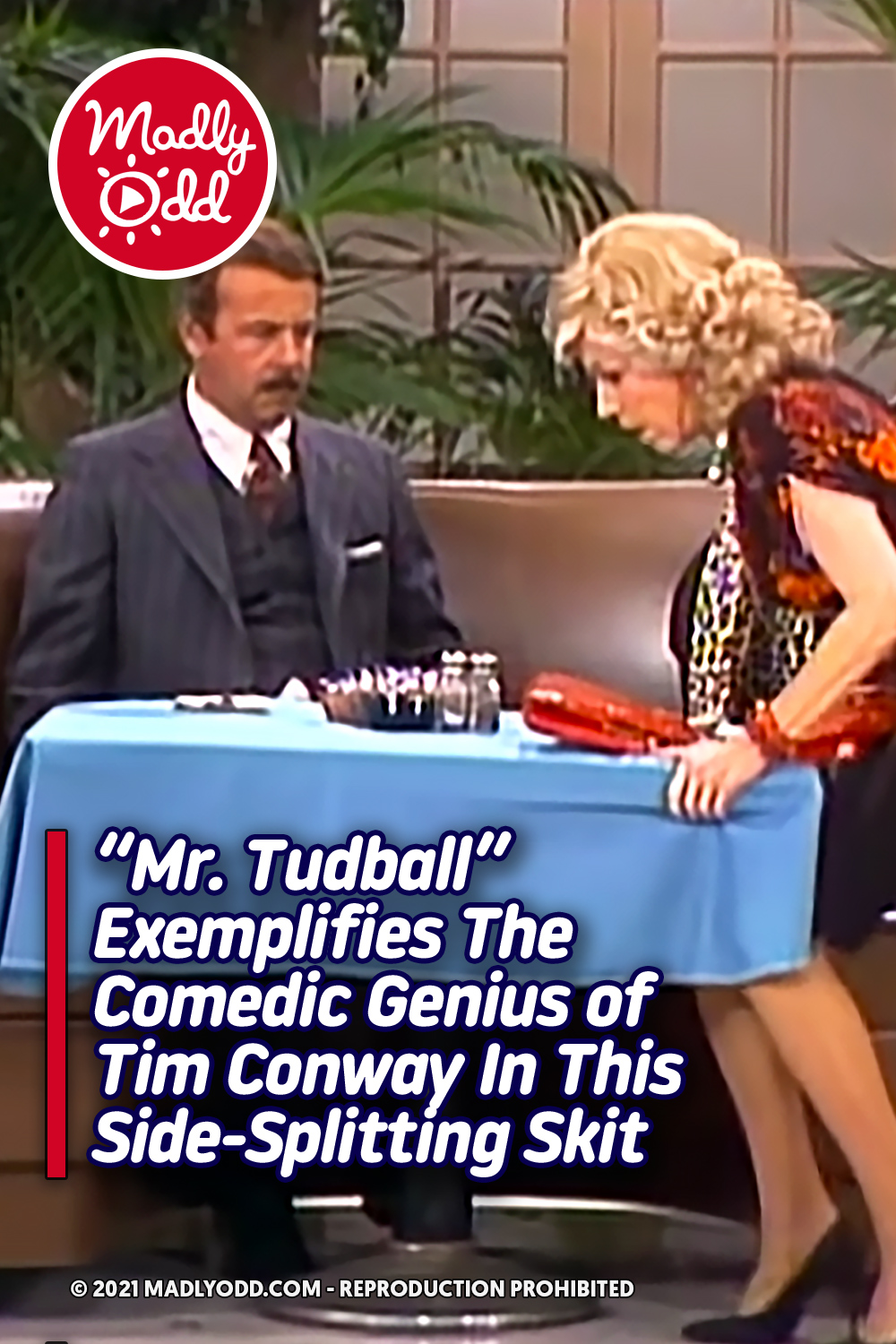