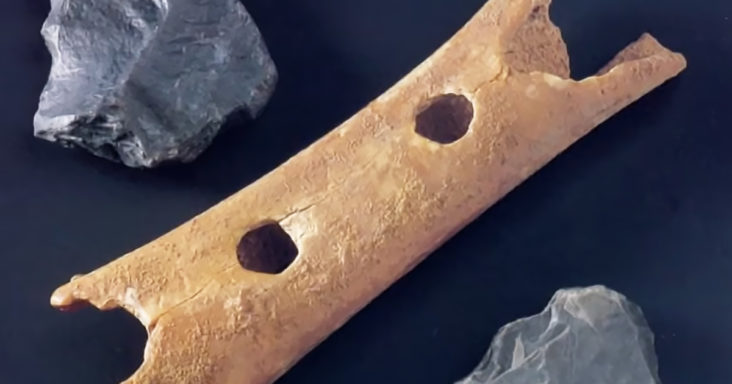 Who would have imagined that our cave-dwelling ancestors had musical instruments 50,000 years ago? In a very informative and exciting video, viewers get the opportunity to listen to this ancient instrument being played by a professional musician.

An archaeological excavation at Divje babe cave, Slovenia, discovered the remains of many neanderthal tools. This included a broken piece of bone that later turned out to be an ancient flute.

The flute was made from the femur of a cave bear. It was hollowed out, and strategic holes were burrowed into the bone using stone tools. Sadly the flute was broken and could not be tested. 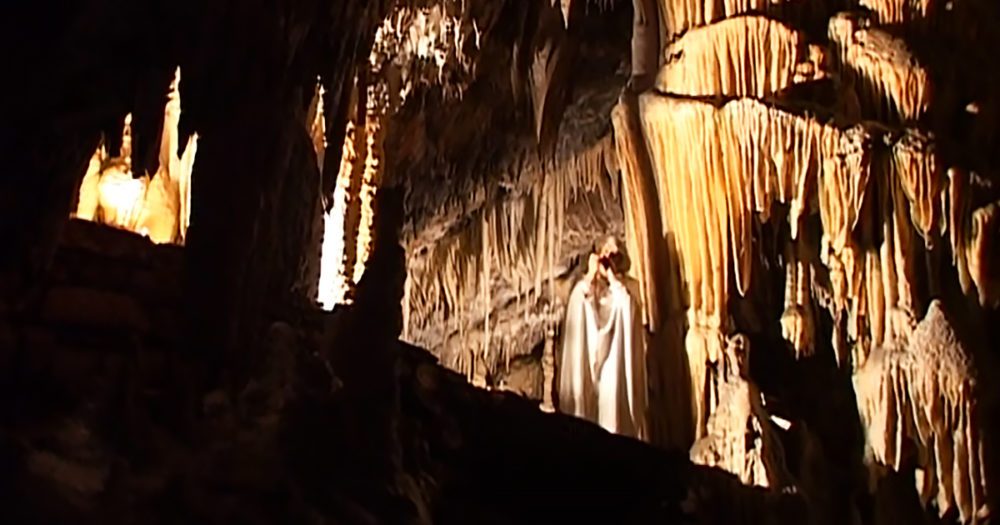 The Slovenian National Museum created a clay replica of the flute. The broken pieces were fixed, and finally, scientists were able to try the flute. The sounds that came out were remarkably good for such a primitive instrument.

In the video, a professional musician named Ljuben Dimkaroski, plays various Slovenian fold songs using the flute. The sounds are beautiful, and it is difficult to believe that these sounds could come from a 50,000-year-old piece of bone.

The video is also very informative. While Ljuben is playing the instrument in the background, the imagery takes the viewer on a journey of discovery, depicting the original flute and its origins.

Beautiful landscape shots of the cave and its surroundings are complemented by the relaxing sounds of the flute. One viewer commented: ‘It is haunting to listen to an instrument that is thousands of years old.’ Maybe our neanderthal ancestors were more artistic than we give them credit for.