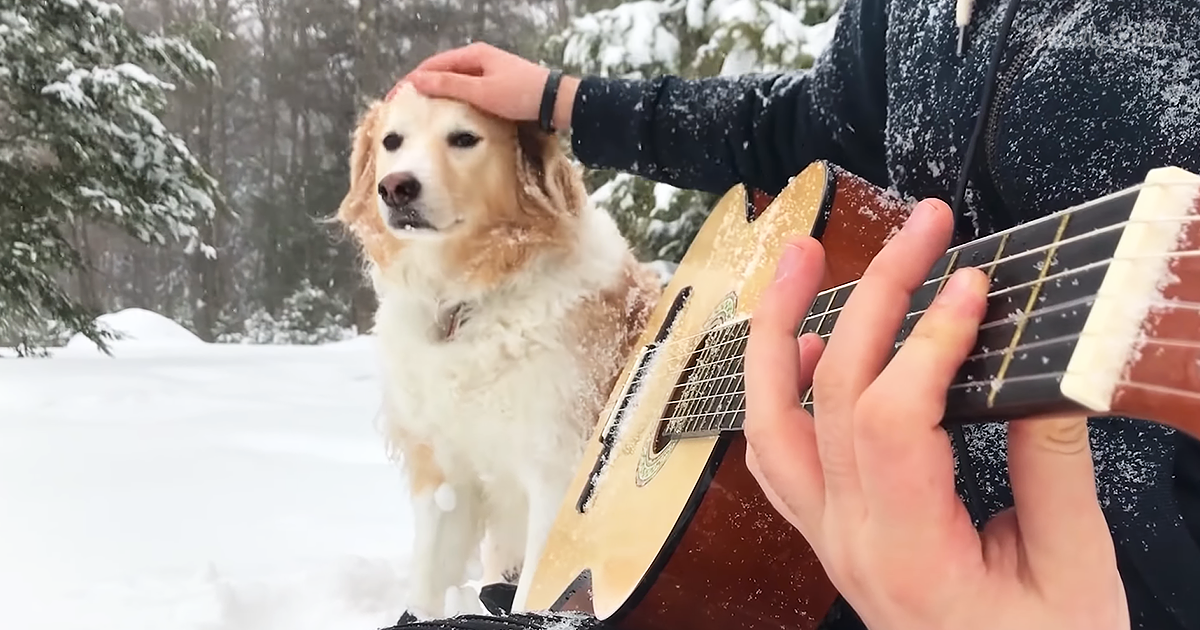 While some people think cozying up to a fireplace with a mug of hot cocoa is the best way to spend a winter afternoon, this man has a different idea. Bringing a few cameras, an acoustic guitar, and his dog Maple with him, he puts on a soothing performance.

La La Land is a musical that came out in 2016 and quickly gained a massive following. The main song, “City of Stars,” was a favorite amongst viewers. In this video, you can see a man named Trench bundled up outside during a snowstorm as he prepares to play the smash hit.

With multiple camera angles throughout the video, we see Trench’s furry friend Maple right beside him. The musician has stated that the music brought him to tears and inspired him to learn the soundtrack on the guitar.

Despite snow blowing around, Trench starts picking the strings, and we hear a beautiful melody play out. Maple relaxes next to him and enjoys the soothing song as his owner continues to play. With nearly seven million views on Youtube, it’s safe to assume you’ll enjoy this video of his performance. 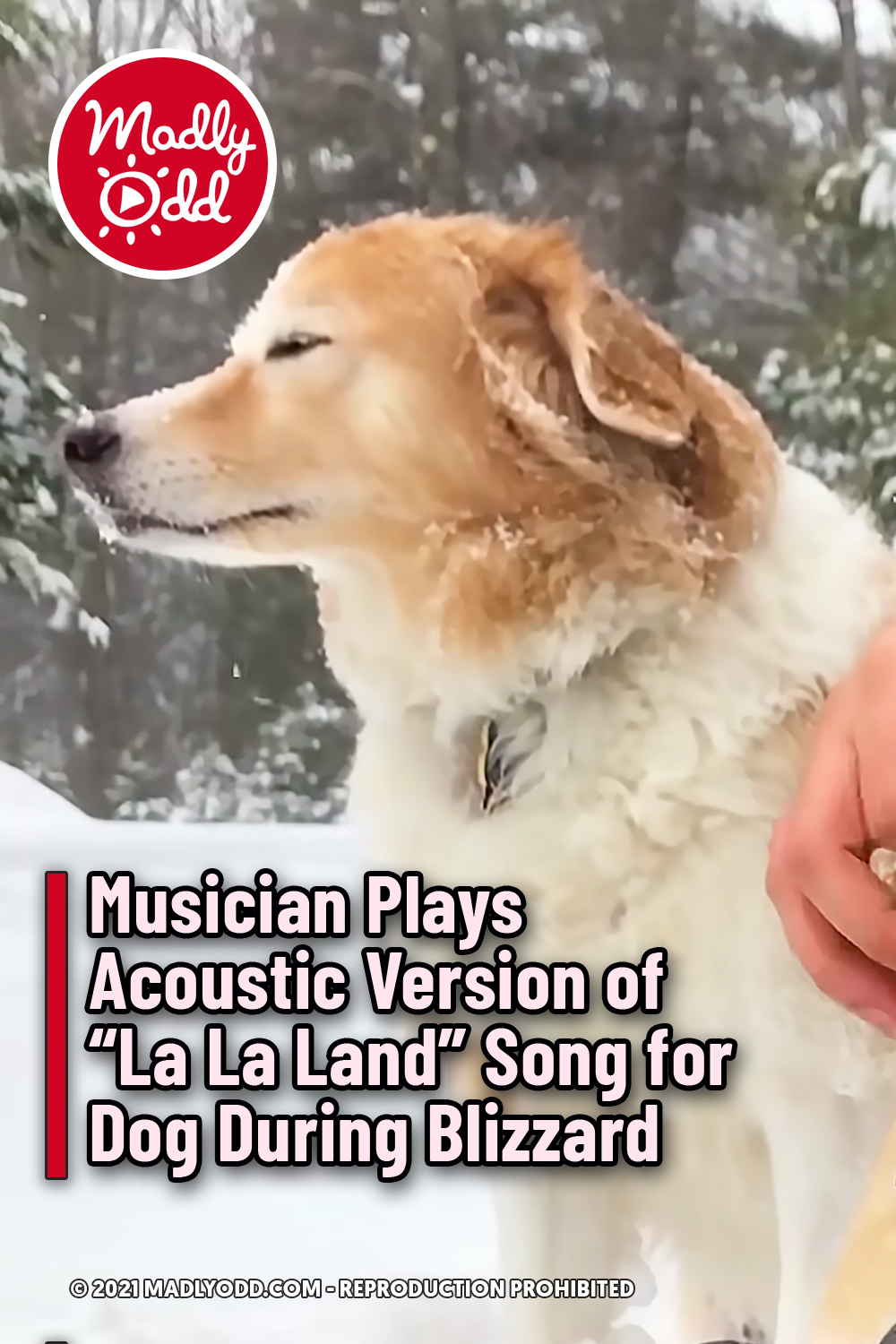