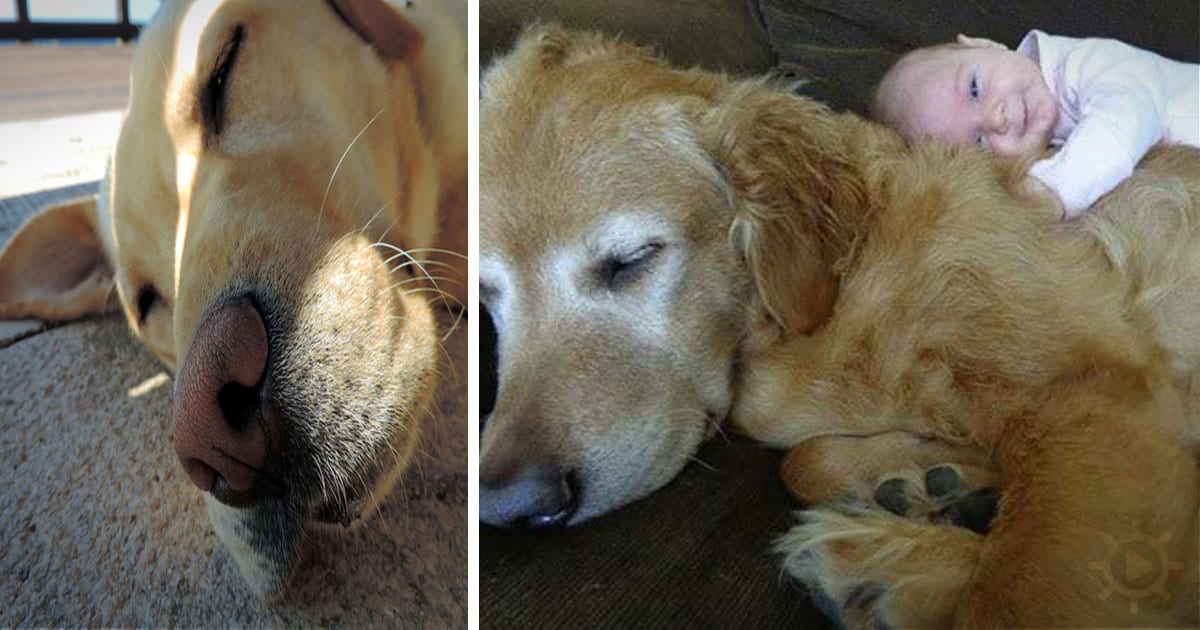 “Legends On Four Legs” is a collection of short stories about dogs by Robin Morris. One of the stories is about a golden retriever who showed up at a woman’s house every day, spent some time napping in a quiet spot, and then went home.

It all started one day when the dog wandered into her yard. The golden retriever looked to be on the older side and and seemed to be extremely tired. But he had a collar and was well-fed: the dog obviously had a home and was taken care of properly. Although tired, the dog was friendly, greeting her politely and gladly accepting some pats on the head. He followed her into the house, found a quiet spot, and with what was left of his strength, curled up and promptly fell asleep. About an hour later, the dog got up and left, presumably headed home, wherever that was.

The next day, it was the same story: the golden retriever greeted her, took his nap, and then left. He did this most days and after several weeks, the woman really wanted to know the whole story. So she pinned a note to his collar: “I’d really like to find out who the owner of this wonderfully sweet dog is and ask if you’re aware that almost every afternoon your dog comes to my house for a nap.”

As usual, the very next day, the dog was back to take his nap. There was a different note pinned to his collar: “He lives in a house with six children (two of them under three). He really needs to catch up on his sleep. How about I come with him tomorrow?” She smiled after reading it, knowing all about growing up in a large family.