Nancy Sinatra is the eldest daughter of Frank Sinatra and his first wife Nancy Barbato. She was born in New Jersey in 1940 but grew up in California, while her father was launching his career in Hollywood.

Piano, dance, and drama lessons along with vocal coaching brought out Nancy Sinatra’s musical talents. In fact, after just a year studying music, drama, and dance at UCLA, she was ready to drop out and embark on her professional career. She’s been making music ever since, her career spanning the years from vinyl records to digital music.

Among her many television appearances, Nancy Sinatra was a guest on iconic programs like The Ed Sullivan Show, Rowan and Martin’s Laugh-In, and The Smothers Brothers Comedy Hour.

In 1966, Nancy Sinatra had a big hit with “These Boots Are Made for Walkin’.” Lee Hazlewood wrote the song and Nancy Sinatra recorded it with a group of session musicians called The Wrecking Crew. Her version of the song quickly rocketed to the top of the Billboard Hot 100 chart. It was also popular throughout the world, especially in Britain.

Since then, countless covers have been made and in just about every genre: pop, rock, metal, country, dance, punk rock, and industrial. Loretta Lynn, Jessica Simpson, LaToya Jackson, Geri Halliwell, Jewel, The Supremes, and Megadeth have all recorded their own interpretations. That’s a lot of talent, but it has to be said that the definitive version of the song is the one made by Nancy Sinatra.

“These Boots Are Made For Walkin'” was later used in numerous television shows and commercials. It’s also been part of movie soundtracks, “Full Metal Jacket” being one notable example.

We’ve posted the video for you below. Is it any wonder it has over 111 million views? 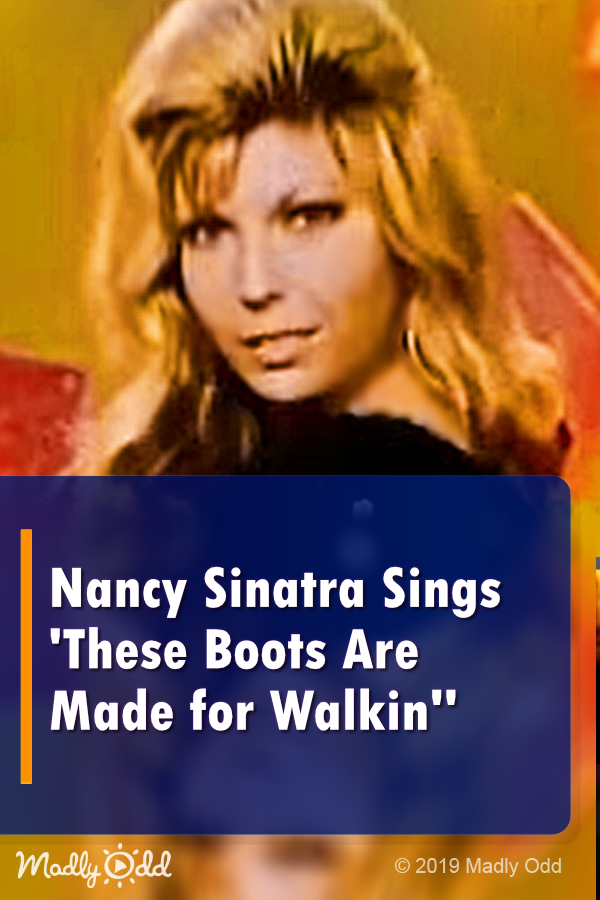