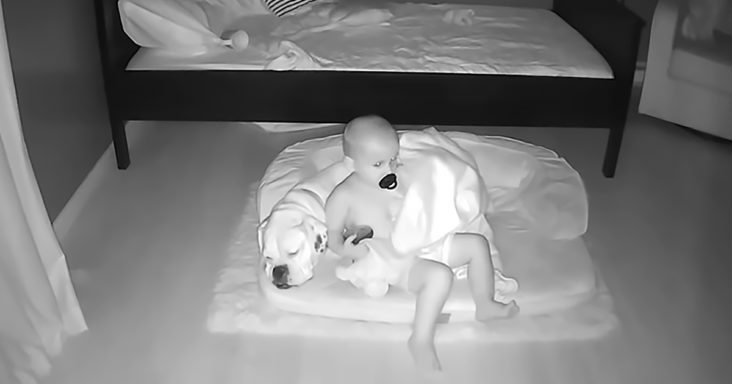 Paige Knudston had adopted a 2-year-old rescue dog named Brutus. He was a boxer dog. This was when Paige found out that she was pregnant with her son, Finn Knudston. Paige grew up with boxers and knew about their unique personalities. However, she knew that Brutus would become the most crucial part of Finn’s life. 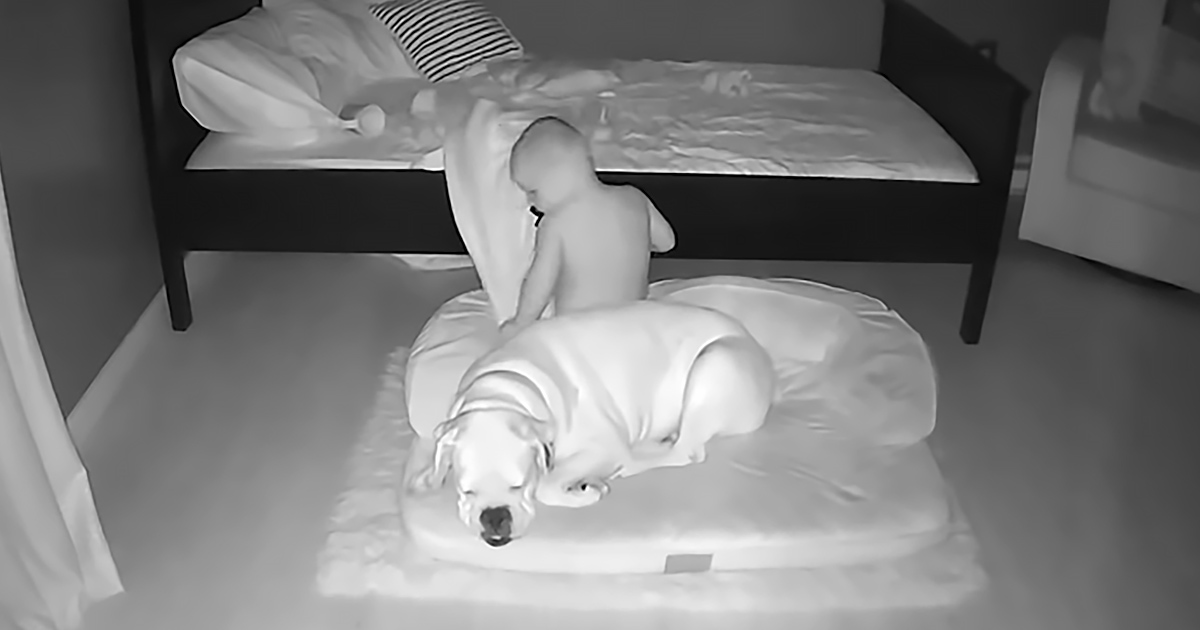 Brutus was a wonderful dog with a very relaxed nature. He loved all the attention and could not stop snuggling with everyone. However, the relationship between the boxer dog and Finn was very different. The two were inseparable. Recently, Page found Finn snuggling with his furry friend on his bed.

During her pregnancy, Paige found that there were some complications with Finn. The little boy had to go through several surgeries immediately after being born. However, when he finally came home, Brutus had an instant connection with him. The furry friend knew that the little one needed some extra care and had been by Finn’s side. 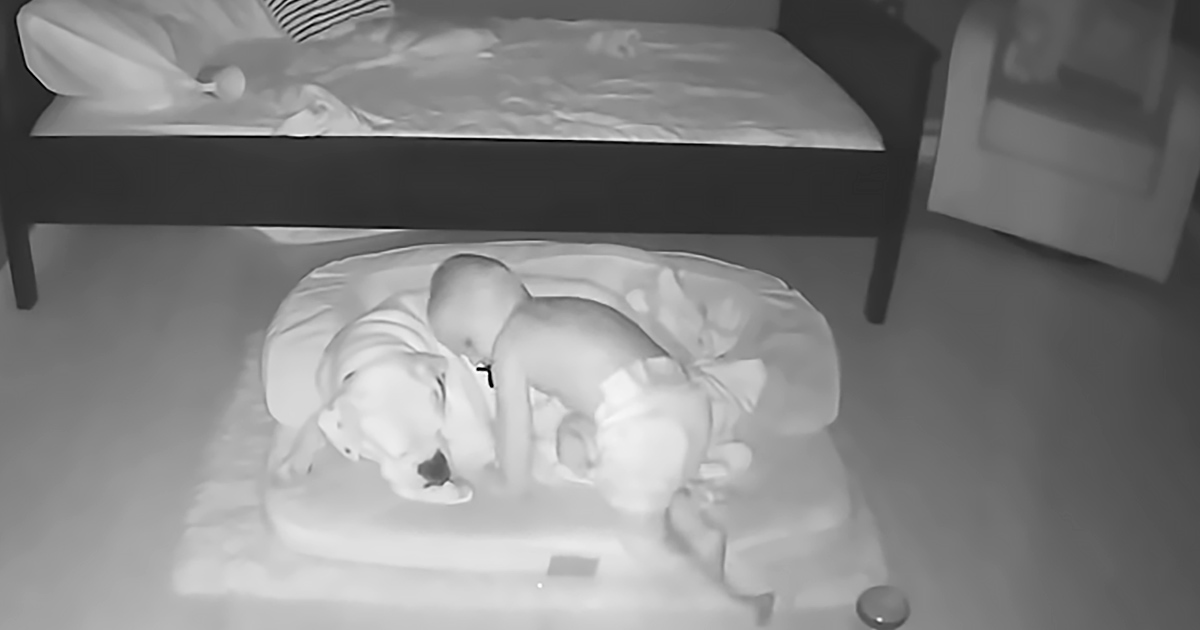 The duo loved each other unconditionally and spent all their time with one another. Brutus did not like to be separated from his human even for a minute. Even during the night, he would sleep with Finn. When Finn was a newborn, Brutus slept in front of the crib. Then, after the little boy grew up and got his own toddler bed, the furry friend would snuggle up to his human.

Brutus used to climb up and sleep with Finn. Thus, Paige decided to move Brutus’s bed into Finn’s room. Unfortunately, this made Finn choose to sneak out of his bed and sleep on his furry friend’s bed. Paige recently captured this adorable moment with a dog/nanny-cam. 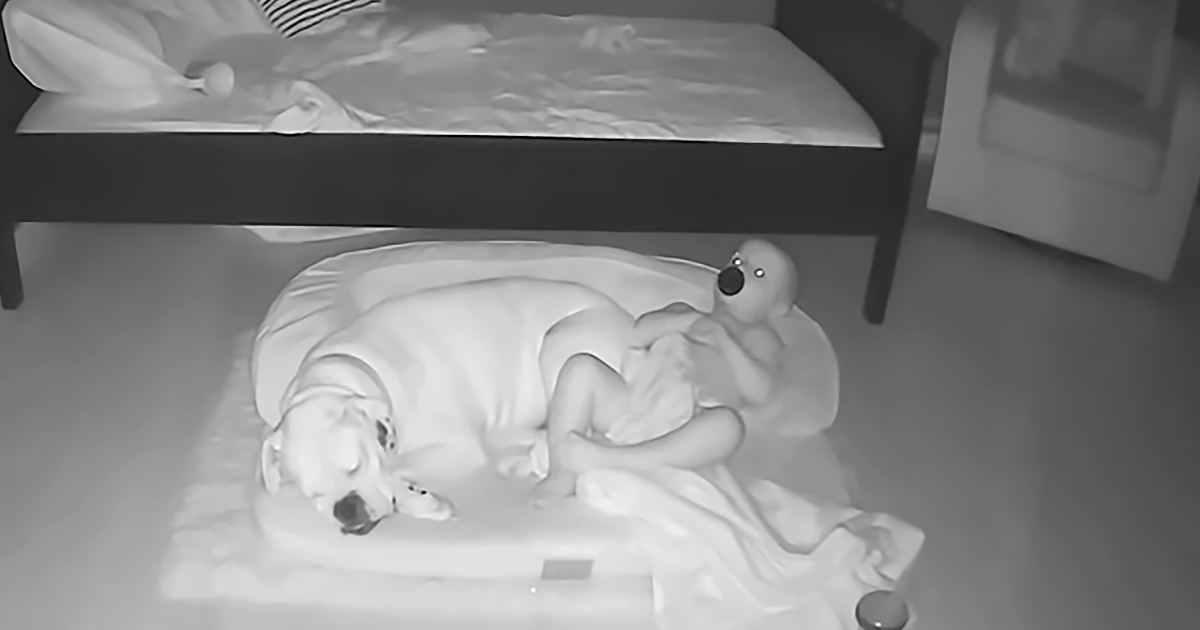 Paige captured their lovable night-time sleeping pattern through the dog/nanny cam. Brutus slept on the floor and seemed very tired. The little boy, Finn, grabbed his blanket and sneaked out of his bed to join his friend. Finn used Brutus as a pillow.

The sleepy toddler kept on trying to be comfortable while Brutus slept unaffected. However, his continuous attempt to move around made him thirsty. So, he took a sip from his water bottle and returned to what he was doing. Soon, Finn got cozy with Brutus and went off to sleep.